The amplitude for the electric field of a particular electromagnetic plane is given in the direction $\mathbf{\hat{j}}$?

Example 2.6 of Optics, Fifth Edition, by Hecht, is as follows:

We will see in the next chapter, electric field ($\mathbf{E}$) of a particular electromagnetic plane wave can be given by the expression

(a) What is the amplitude of this wave in the electric field?

For reference/clarification, the following are illustrations from the same section of the textbook (although, not directly referenced in the aforementioned example): 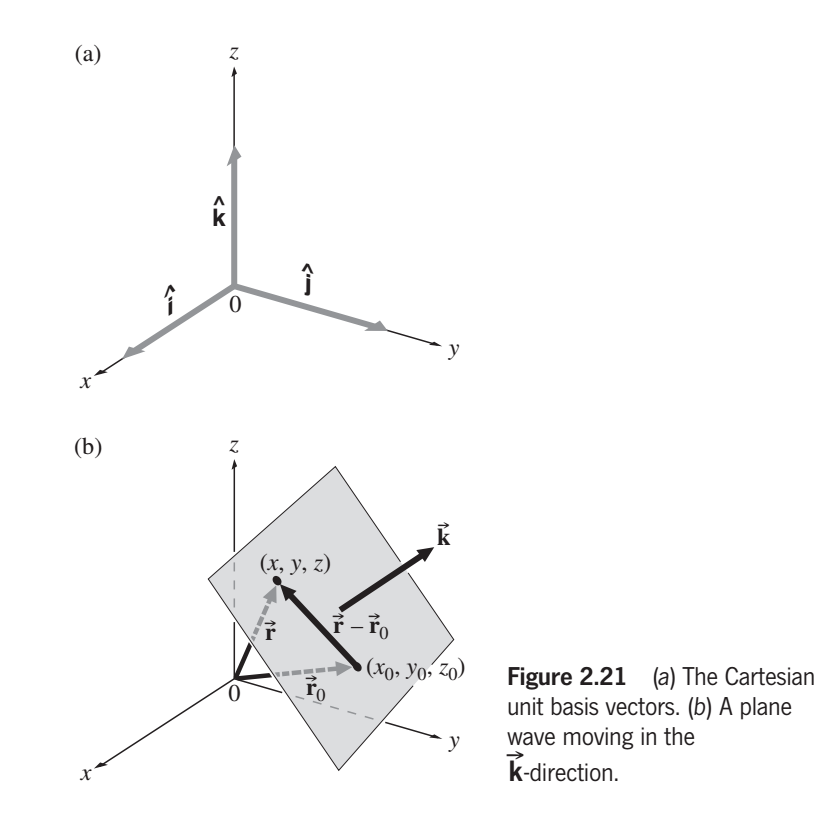 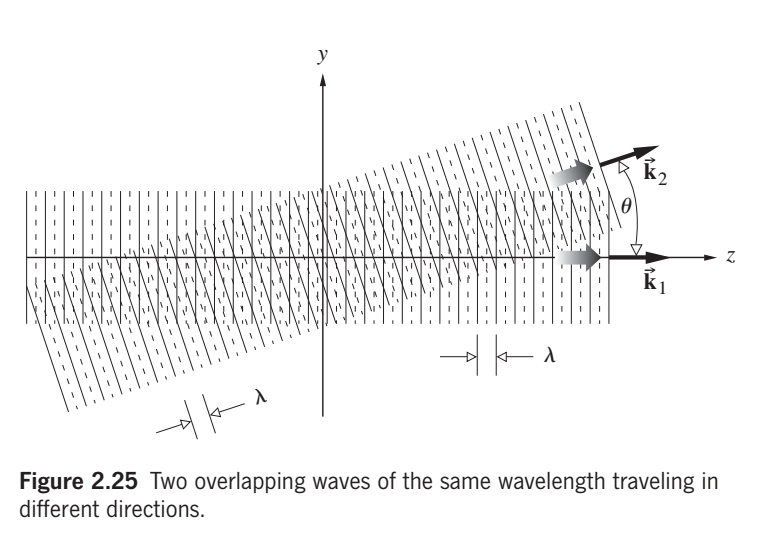 If my understanding is correct, the equation of the complex form of a harmonic wavefunction is

I don't understand why the amplitude is given a direction, nor do I understand what this means physically. I would greatly appreciate it if people could please take the time to explain this.

Also, it is not uncommon to write the wavefunction of a vector quantity as a scalar one, because you might be interested only in the intensity, not in the direction

As you know the electric field is a vector quantity, so:

Your notation is a bit confusing as you use z and j as directions, so let

You may also write:

which means the same. It just tells you in which direction the electric field is pointing/oscillating.

This is important for example for polarized light where your electro-magnetic-field may oscillate in the (x-y)-plane while propagating in the z-direction. Note that you mostly just work with the electric field. Maybe the following illustration helps you.

On the far left side you can see the vector arrows of the field for different angles. For example in the case of the red wave the field only oscillates in the y direction while as for the pink its oscillating in both the x and the y direction.

I hope that helps. If you have any question or something is unclear feel free to ask.

Not the answer you're looking for? Browse other questions tagged electromagnetism waves maxwell-equations or ask your own question.