Recently I'm working on a compound with space group P63/m. The top view of its structure is shown below (where only atoms of z=1/4 are shown). 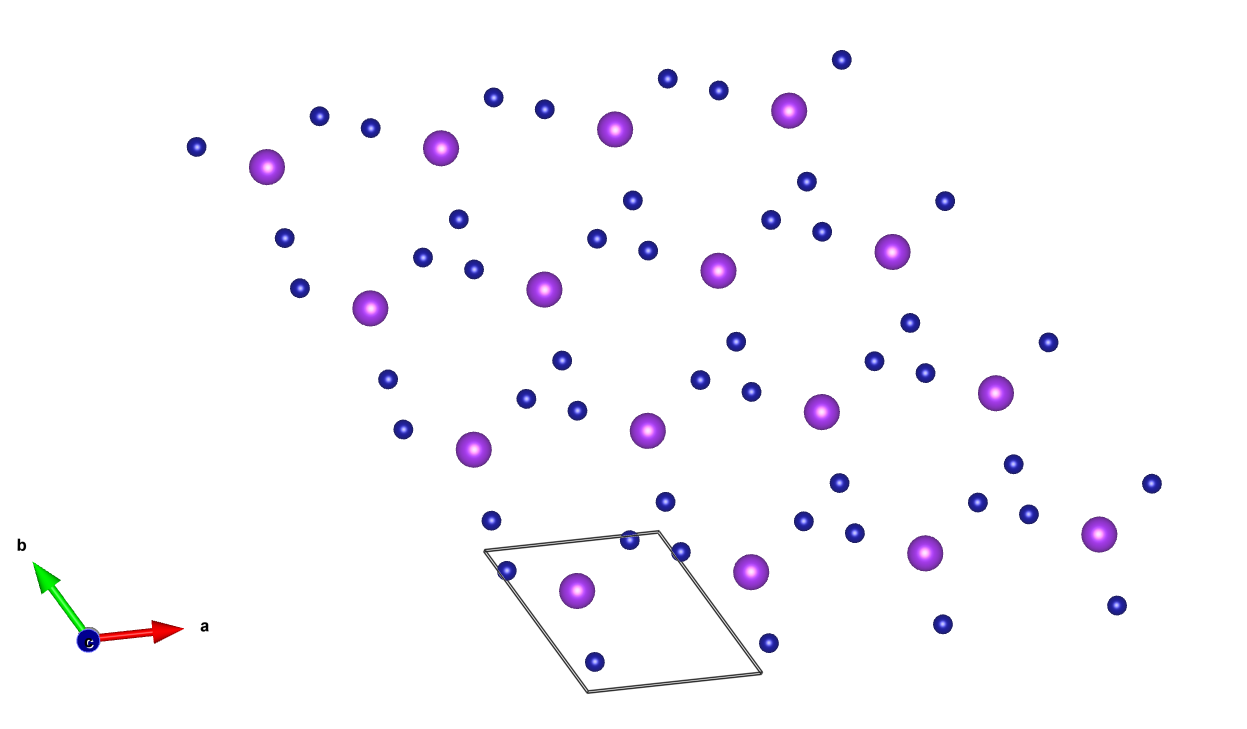 From the list of space groups (Wiki: List of Space Groups), I found that the space group P63/m has a subgroup of $C_{6h}$, which means that the system should have $C_{6}$ rotation symmetry. However, by checking the previously mentioned structure, I cannot find such a $C_{6}$ rotation axis.

Is there anyone who can help me to find out the "missing" $C_{6}$ rotation axis? Or did I misunderstand the symmetry of this system?

You don't have simple (proper) 6-fold rotation axes, but (improper) 6-fold screw axes, that is a rotation followed by a translattion along the c-axis. In your picture only atoms at z=1/4 are shown; so you're missing the translation and you cannot see the screw axis. enlarge the z- range and you will see the 6-fold symmetry; look at the TlMo3Se3 below, the 6-fold axis is evident. 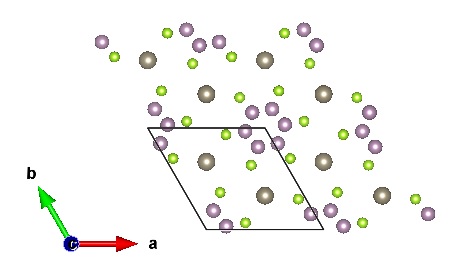 Not the answer you're looking for? Browse other questions tagged condensed-matter solid-state-physics symmetry group-theory crystals or ask your own question.

8
Is the spin-rotation symmetry of Kitaev model $D_2$ or $Q_8$?
0
On Group Theory: Symmetry Groups and Our Interest
0
Noncentrosymmetric crystal symmetries; list of polar and chiral space groups
0
What space group describes a 1-dimensional crystal with reflection symmetry along axis?
0
What is the application of the "gyroscope" group of movements on a sphere?