Tidal forces between Moon and Earth

I started studying about gravitation recently and I came across the fact that when finding the gravitational force between the earth and some point mass in space, we can consider the mass of the earth to be concentrated in the center.

Now when I read about tidal forces being caused by the difference in gravitational force due to one side of the earth being nearer to the moon than the other, I got confused. If we are considering the distance between the two objects to be from their center of masses, to calculate the gravitational force exerted on each other, then why does it matter that one side of the earth is closer than the other?

The case would be true for rigid bodies (earth being an approximate case) but the ocean on the surface of earth doesn't behave as a rigid body (it never can!) and hence such case arises.

The gravitational pull between two objects is not in the center of those objects, but comes from every individual atom which is part of those objects. However the resulting gravity from all those atoms depends on shape and the variety of different materials and their mass. Earth is quite round in comparison with its size so its point of mass and gravity is in the center.

imagine a black hole pulling on a distant star, the hole star will slowly start moving toward the black hole because the gravitational pull of the star itself is strong enough to keep all the atoms from escaping and keeping them together.

But when the star gets closer to the black hole, the star gets stretched and gas molecules get stripped off, because the gravitational pull on one side is stronger than the other. 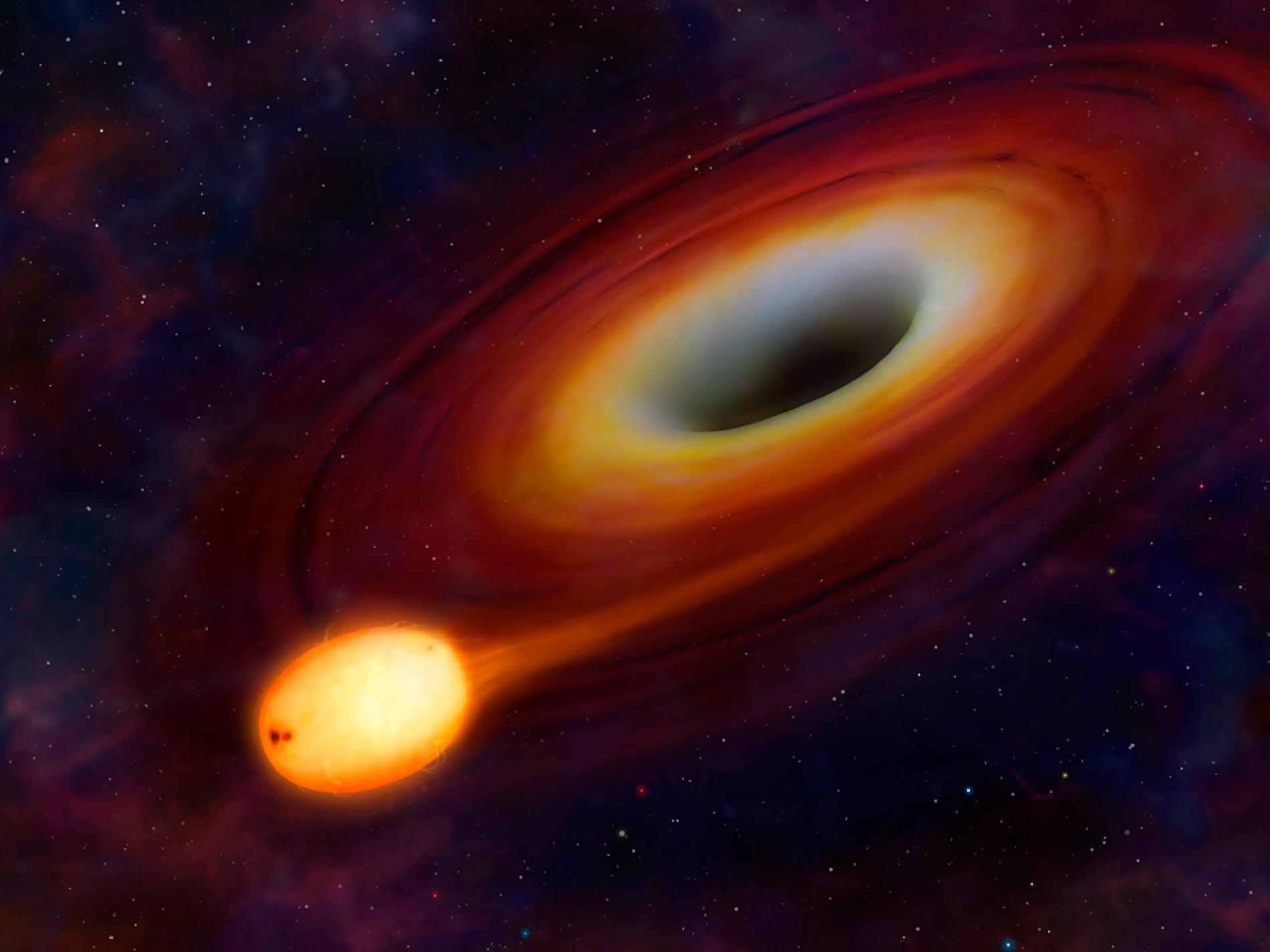 A smaller star has to get closer before getting streched, so it deppends on the distance and the size of your object, and if you are looking at what is happening in general (the star moving to the black hole) or you look what is happening to that object(one part is being pulled on stronger making the star strecht

Not the answer you're looking for? Browse other questions tagged newtonian-gravity planets moon tidal-effect or ask your own question.

2
How are tidal gravity and curvature related?
2
Moon Gravity Vs Earth Gravity Pull
1
What happens to the water on the surface of the Earth if the Earth is not rotating about its axis in the Earth-Moon system?
3
Why does a tidal bulge result in a net torque on the Moon?
0
Standard explanation of tidal forces
31
Does bottle water rise a little bit on full moon days?