I need to do some analysis for a project with the SXS gravitational wave data: https://data.black-holes.org/waveforms/catalog.html but I am a bit confused about the initial conditions of their simulations. I read the paper they published about the data (it can be found at that website) but i am still not sure I understand. I attached several weaveforms I extracted from their database (the y axis has $h_+$). So it seems like the starting time (in their units) is the same for all the waveforms. But I am not sure how that is defined. More specifically, for the purpose of my project, I would like to know what defines the initial frequency of the each gravitational wave in their simulations. Can someone help me with this? Thank you! 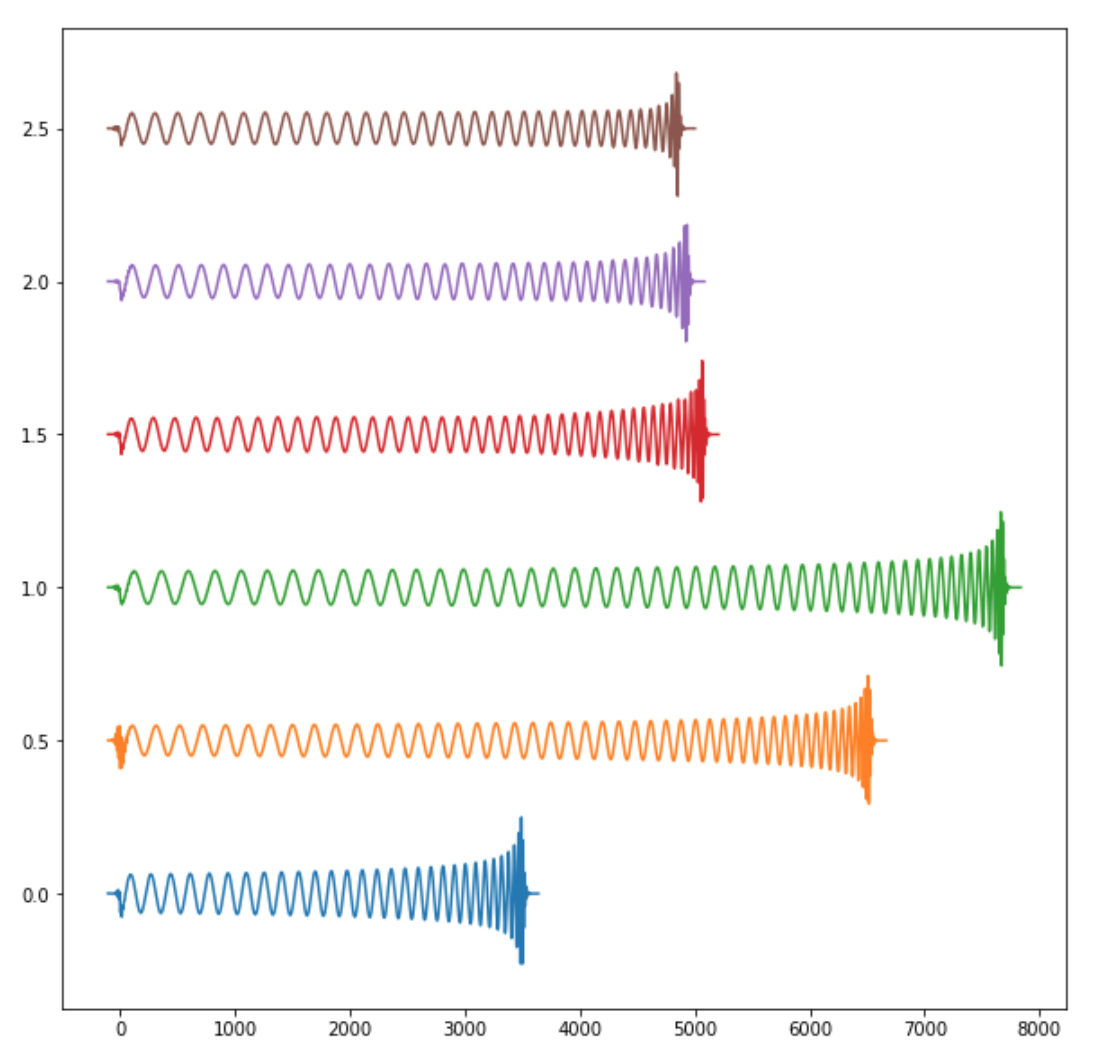 Binary compact objects that have orbital frequencies high enough to be detected by aLIGO are expected to have circularised. The timescale for circularisation is shorter than the timescale on which the orbital separation changes. However, it is possible that mergers triggered by three-body interactions might lead to eccentric binary GW sources (Lower et al. 2018).

Eccentric binaries have a more complex waveform, with additional significant contributions at the orbital frequency and three times the orbital frequency. The waveform would also depend on the orientation of the orbit as we see it. Some mathematics and examples are shown in Martel & Poisson (1999).

The site you link to contains a catalogue of different waveforms calculated using a numerical scheme. The calculations are complex and consumes lot of computing resources. Each calculation is followed over some tens of cycles prior to the binary merger. What determines the starting point is I think just restricting the simulation to frequencies that are in the relevant sensitivity window of GW detectors.

Not the answer you're looking for? Browse other questions tagged general-relativity gravity gravitational-waves or ask your own question.