What is going on at point A of this velocity-time graph of a bouncing ball? 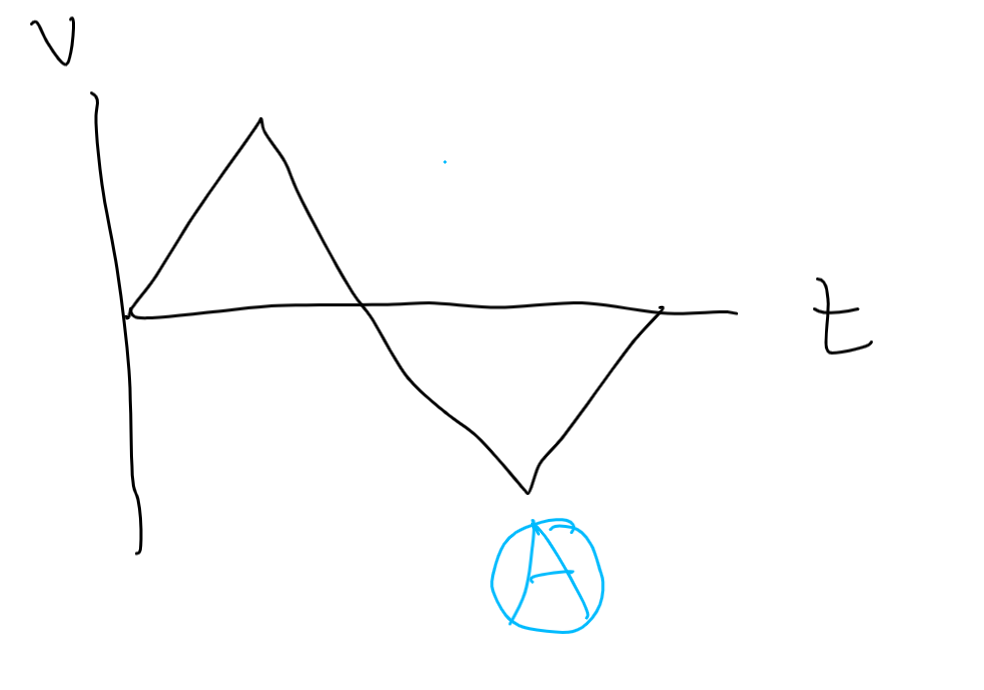 I was wondering what the ball is doing physically at point A -- is it as soon as the ball hits the floor? If so, what about the section of the graph after point A? Is the ball just coming to a rest?

It may be a velocity-time graph, but if so, it doesn't represent anything like a bouncing ball. So describing what is happening at some point may be difficult.

At point A, there is no large acceleration as would be seen during a bounce. Instead it's like gravity has suddenly reversed.

It's hard to say for sure, since it's not clear what assumptions have gone into the creation of the graph. I would expect the upward slopes to be quite steep as the ball very rapidly changes from travelling towards the floor (negative velocity) to travelling away from the floor (positive velocity).

If we assume a fairly idealized system (no energy lost on each bounce and practically instantaneous bounces) you might see something like this: 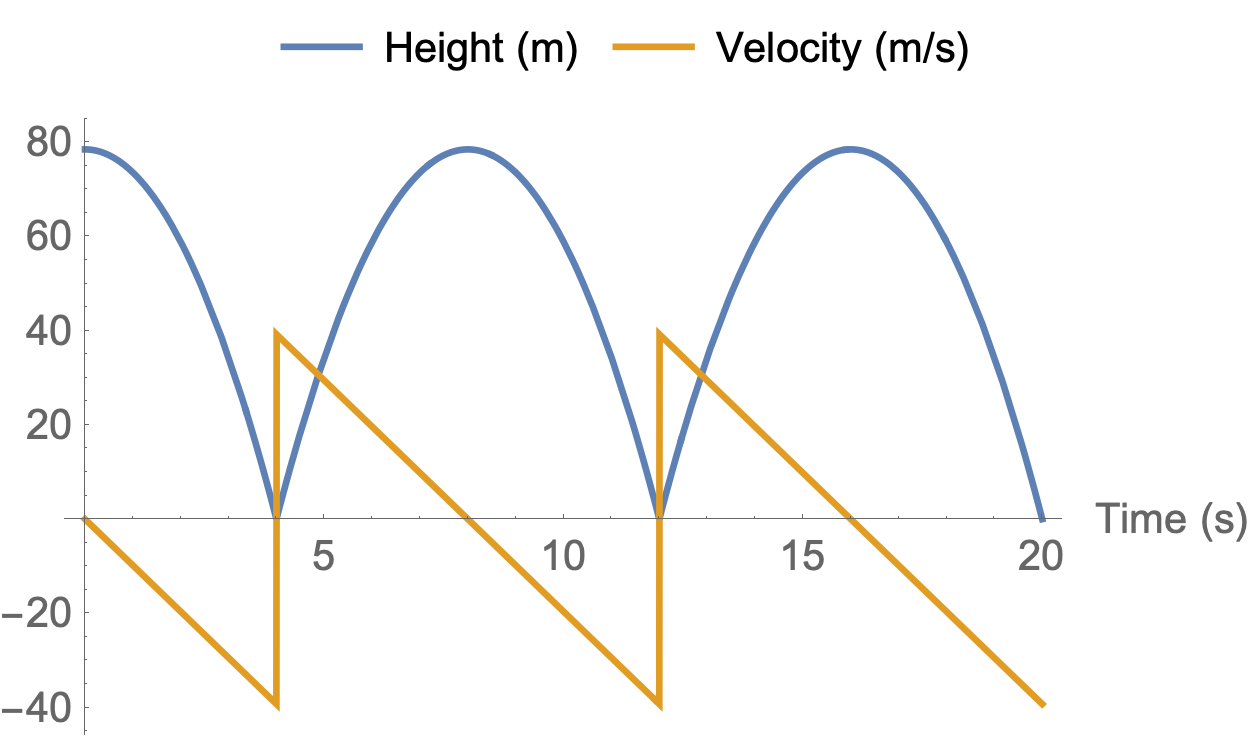 As you can see, any point where the velocity jumps from negative to positive is where the ball bounces off the ground. If the ball is losing energy on each bounce, the yellow line should show similar slopes, but the amplitude would decrease on each bounce. You can also see that the acceleration during the bounces should be extremely high, so your graph showing essentially equal slopes is a bit strange.

To answer your questions:

The graph looks like the velocity of a ball rolling on the floor and bouncing sideways between two walls. The line is straight (I presume that is what you meant to draw), which means there is no acceleration between two bounces. The corners are sharp, which means the reversal is sudden. A perfectly sharp corner on the graph would mean that an infinitely large force deflected the ball in an infinitely short time interval.

This is something of an idealization. A bouncing ball does not really instantly reverse direction. If you look in detail, you would see the ball flatten as it slows to a stop, and regain its shape as it springs back.

But in many cases, the details of what goes on in the collision are not important. People just want to know what was the velocity between collisions. While the collision is not instantaneous, it is usually quick. The idealization makes life simpler. It allows you to treat the velocity as constant between the end points. This is usually not far off. For ordinary purposes, it is good enough.

Not the answer you're looking for? Browse other questions tagged newtonian-mechanics kinematics acceleration or ask your own question.