What happens when two wormhole mouths collide? There seem to be various cases:

(1) These are the two mouths of the same wormhole, or they're mouths of different wormholes.

(2) The wormhole mouths have positive mass, or they have negative mass.

The negative mass case, which we would normally not care about, seems to be of more interest here because you probably need exotic matter in order to make a traversible wormhole.

This also seems to tie in to theorems about topology change. In the case of a closed universe, a spacetime with topology change has both kinematic and dynamical issues. Kinematically, it must have acausality. Dynamically, it must violate the weak energy condition, i.e., you have to have exotic matter. These theorems are originally by Tipler and Geroch, and the restriction to a closed universe is probably inessential. The best non-paywalled reference I know of is Borde.

Googling on relevant terms turns up this page: http://www.webfilesuci.org/WormholeFAQ.html by Enrico Rodrigo. He answers the questions I've posed here. However, he doesn't give any references to the literature, or even any sketches of arguments as to why his assertions are correct.

This isn't terribly easy to check, but here are some various thoughts :

First, let's assume an arbitrary metric (ie, we're not worrying about the matter terms). From our various theorems concerning topology change, assuming everything well-behaved (causally closed, time-orientable and causal), our spacetime doesn't change topology. Therefore, if we consider a case where going through each other's mouthes is possible (let's say with spatial topology $\mathbb{R}^n \# (S \times S^{n-1}) \sim (S \times S^{n-1}) \setminus \{ p \}$), the topology does not change, and we simply have a spacetime with identical topology, but the mouth lodges inside the throat. It should look, for the 2 wormholes case, something like this : 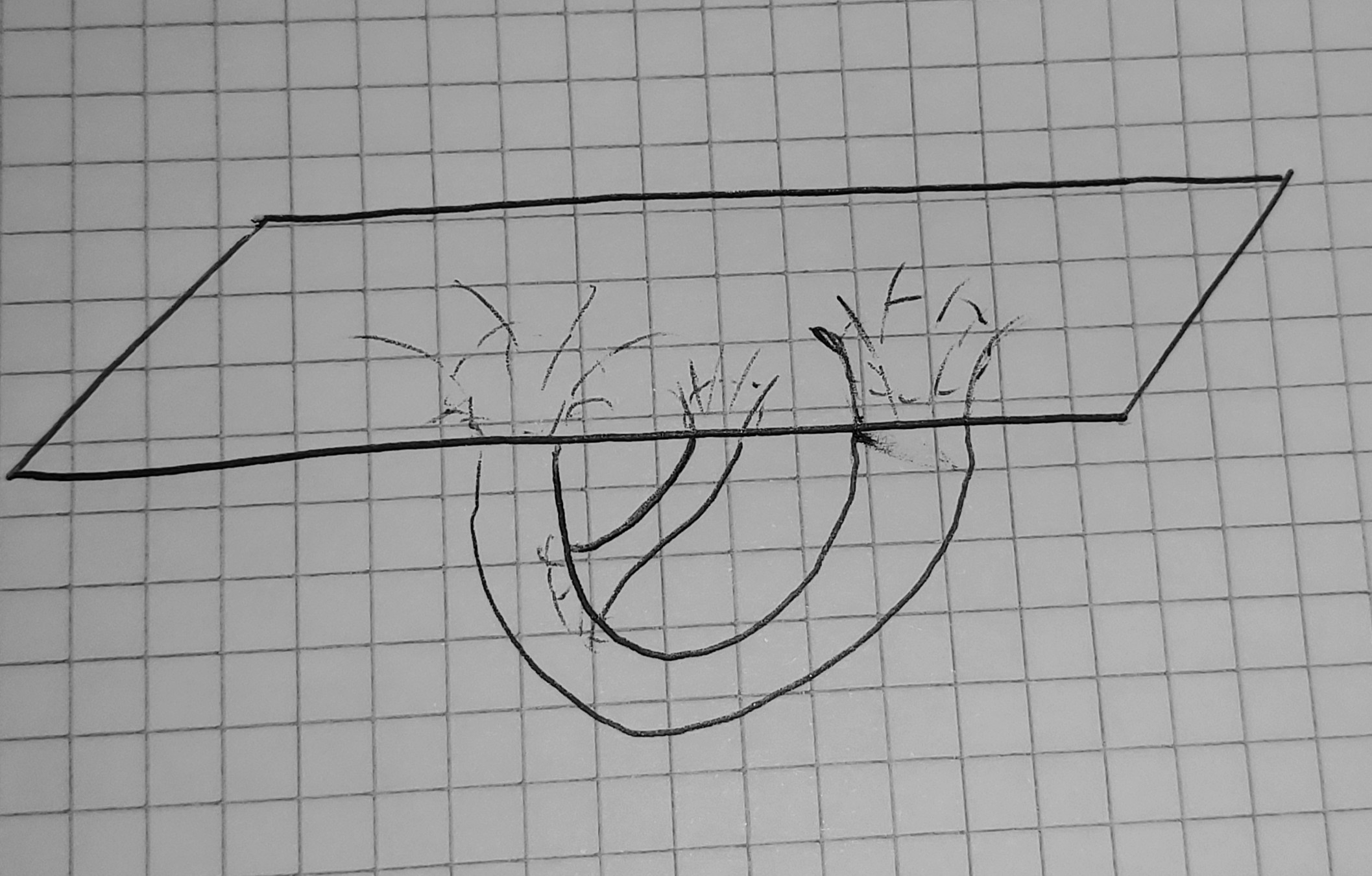 As a rough justification of why this would be allowed : the process of cutting and pasting a ball out of a connected manifold is equivalent to (assuming everything orientable and ignoring such things as exotic spheres) the connected sum of that manifold with $S \times S^{n-1}$. Perform this process once for the first wormhole, smooth out the junction to create a throat, then perform this process a second time, except this time have one of the two ball start out outside of wormhole #1 and bring it continuously inside that throat. The composition of that isotopy of the sphere (any two spheres are ambient isotopic by Palais' theorem) and smoothing should give some appropriately smooth motion, and assuming an appropriate time slicing, everything should be causal, for instance by just taking the metric

The case of a single wormhole is a bit harder to show, but we can also use broad topological theorems for it. The end result should be something of the form 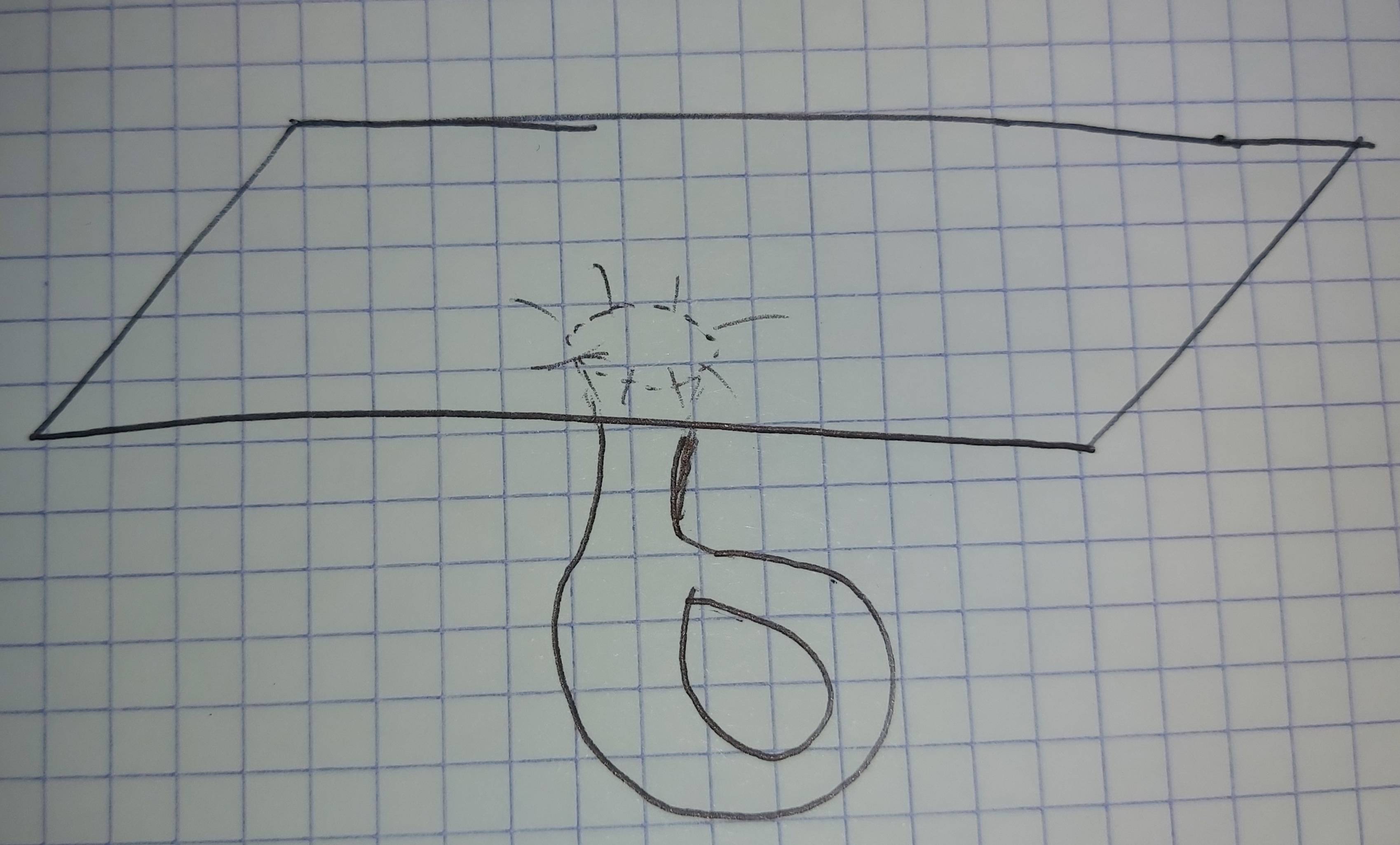 Which is certainly of the correct topology. Every connected sums (assuming all we assumed here) are diffeomorphic. Are those two sums homotopic, though? Can we set a single parameter to transform the separated mouthes into this? This would work if the diffeomorphism connecting the two was in the same mapping class group as the identity. This seems reasonable, but I can't think of a proof for it right now.

Now what actual examples can we use? For mouthes to pass through each other, at least one wormhole has to connect the same manifold, so that this doesn't leave a lot of room for tractable cases. A few example we can consider :

I don't trust enough any system of two thin-shell wormholes going through each other here (I don't like having two Dirac distributions passing onto each other), so I won't consider such a case.

None of these examples are trivial, but here's a rough analysis.

First, the Morris-Thorne wormhole with a thin-shell wormhole. This isn't great because the two mouthes of a thin-shell wormhole have to be isometric, which isn't gonna work out great in the Morris-Thorne spacetime, so we'll need to flatten out a small region. Take a region $U$ small enough to actually go through the wormhole, with the property that we have a subset $U'$ and a bump function such that

With two such regions, and given a time-varying bumb function $f$, we can indeed get a small flat region, in which you could include two small balls and glue them. The same process could be done for the simplest spacetime that has intra-universe wormholes, which is $M = T^2$, as this is just $S^2 \# T^2$ which, given an appropriate metric, can be seen as a spherical universe with a wormhole at the pole. An example of such a metric (since if we use the basic torus metric, there won't be any throat as such) is, given the Clifford torus,

I attempted the case of a spherical spacetime with two wormholes (with spatial topology $S^2 \# T^2 \# T^2 = T^2 \# T^2$), but I'm afraid this proved a bit too tough to extract much interesting things out of it. But this should be roughly equivalent to the case of a toroidal spacetime with a thin-shell wormhole where we smooth out that wormhole, just would have been nice to have a more general notion that there is always an homotopy for such a process.

Those have all been geometric arguments here, and furthermore assuming topological invariance, without worrying about the matter content. Due to the various smoothings involved, this will likely not be a realistic scenario, but then again neither are wormholes in general. Not knowing what exactly the matter behaviour we have, I'm not sure what arguments we could make here. I'm thinking Rodrigo's idea could simply be the following argument : if we use some approximation, positive or negative mass wormholes will, from afar, look like the positive/negative mass Schwarzschild metric. Approximating the matter content of the other wormhole's mouth as a geodesic congruence, they will therefore tend to either converge toward it or diverge away.

Rodrigo's page is by the way from his book, but there is no reference given there either.

27
Building a wormhole
6
Contradiction between Geroch's theorem on topology change and formation of naked singularity?
4
Why can one not traverse a wormhole? Does it decay? Does it take infinite time to reach a wormhole?
2
Does the physical separation of wormhole mouths in real space affect transit time through the throat?
0
Where does the wormhole go?
0
Wormhole question
1
Lower limit to the distance between two mouths of a wormhole?
0
Can the mouths of wormholes migrate over time?