But I had a thought that this analogy is not always fulfilled, but only fulfilled when the "speed gained" compensates for the distance that has been traveled (since it has NOT gone in a straight line).

The first thing is to see how feynman's analogy would work. 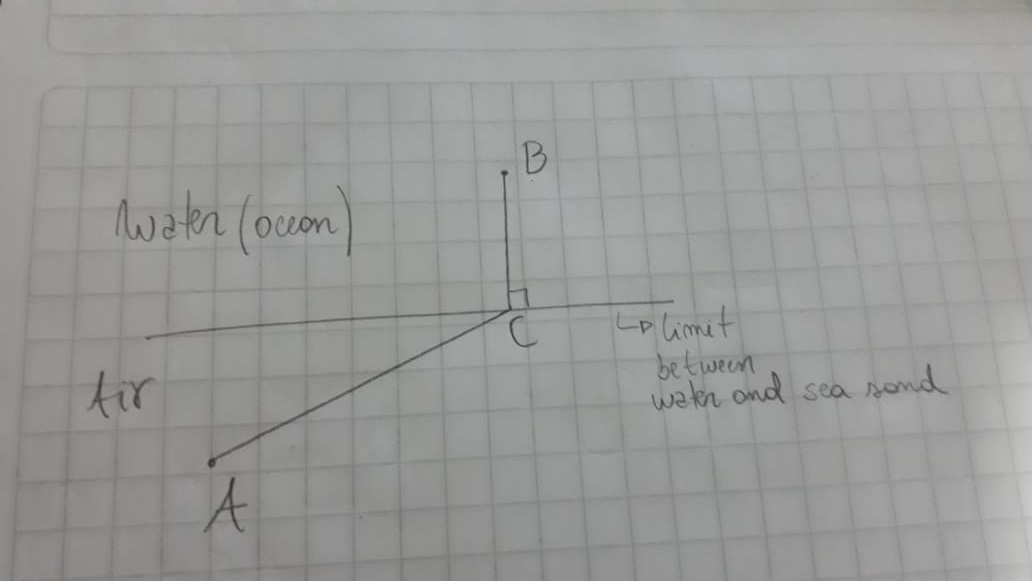 My idea will be to look for the necessary conditions, so that traveling in a straight line is faster than traveling as indicated by the Feynman analogy. 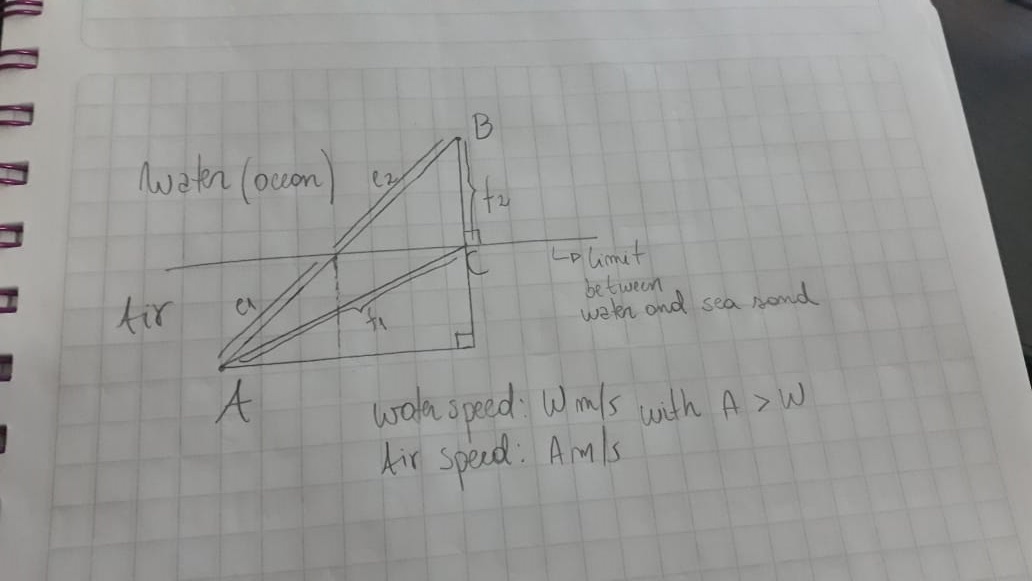 In addition to properties of triangles, we can establish certain inequalities between the distances created.

So, the analogy does not work when this inequality is fulfilled.

Your first drawing (minimizing the distance traveled in the water) is not what Feynman is suggesting. The path that actually minimizes the travel time between the two points has you enter the water at a point between your point C and the point where your straight line path enters. I refer you to the following figure taken from the Feynman lectures. (Vol I, Chapter 26) 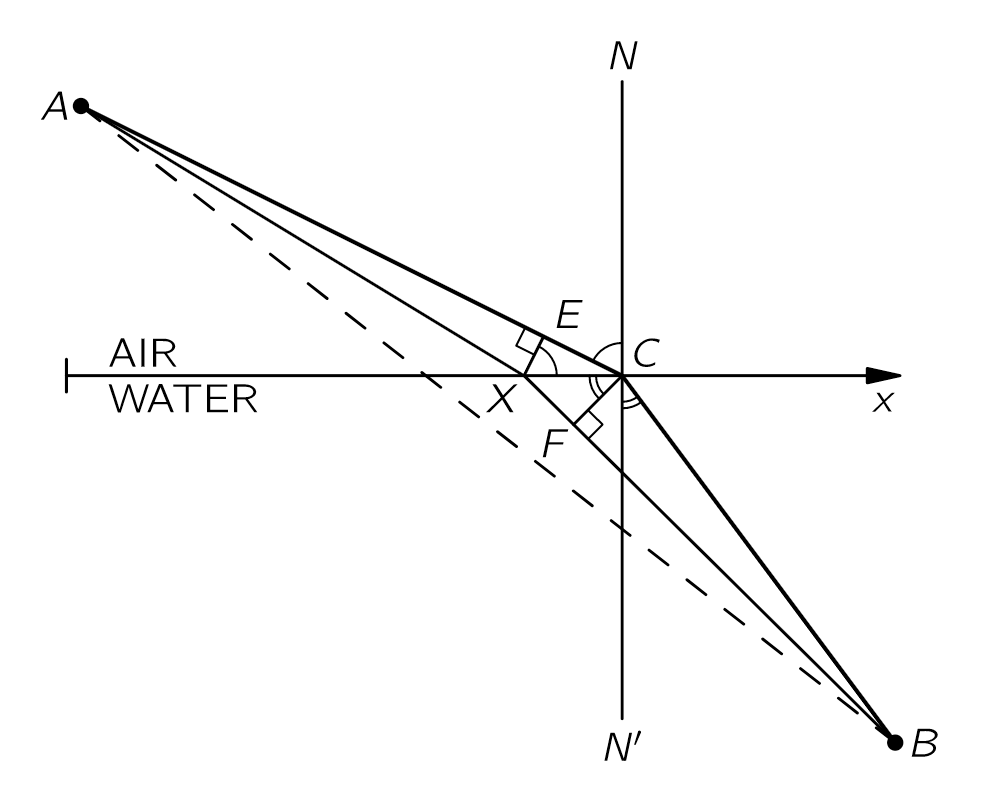 It is a straightforward exercise in calculus to make the point where you enter the water arbitrary and then minimize the travel time to find the optimal path. You will then have derived Snell's law from Fermat's principle.

It’ll take a bit more trigonometry than I have time to typeset here, but you can construct the actual light path for f1;f2 using Snells law, then use your method to show there isn’t a better path.

5
Why one should follow Snell's law for shortest time?

2
Snell's Law of Refraction
4
Locations of destructive interference for two spherical waves
1
Snell's law demonstration
5
Why one should follow Snell's law for shortest time?
3
Snell's Law and momentum conservation
0
Feynman's superposition explanation of reflection/refraction, and 'tricking' quantum physics
1
Is Feynman wrong about the principle of virtual work to find forces in a dielectric?
0
Snell's law and Fermat's principle