What is wrong in this pulley diagram?

In the following setup, a free-hanging weight of mass $m$ is attached to a rope which passes over a pulley. I assume that the system is in equilibrium, so the sum of the forces is equal to zero. 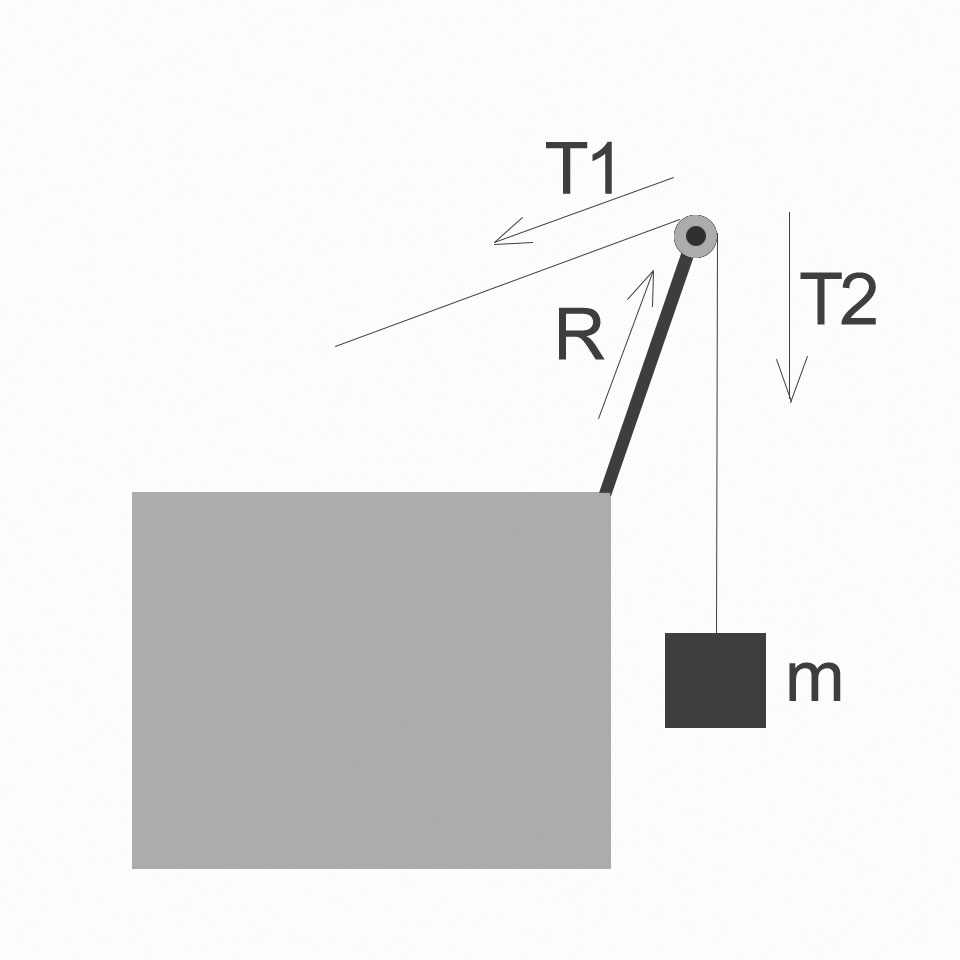 My question is: is this diagram wrong and why? I think it's wrong because if we consider the vector sum of the forces shown, and knowing it must be zero, we find that the magnitude of $T_1$ has to be in general different from that of $T_2$ and should depend on the angles involved in the setup. But we know that $||T_1||=||T_2||$. So what's happening? I think I am missing some force, maybe that exerted by the pulley rod on the base?

Would it change anything if instead of having a pulley the rope would be fixed to the rod?

The assumption that the force $R$ is in the direction of the rod is false. In fact, the direction of $R$ is exactly what you need to compensate the forces $T_1$ and $T_2$ with, which will produce some nonzero torque on the rod for general angles.

Simple experiment with your hand and some rope (and with a pulley if you have one) can give you an idea what kind of force your hand needs to generate to compensate forces coming from the rope.

Not the answer you're looking for? Browse other questions tagged newtonian-mechanics forces free-body-diagram string equilibrium or ask your own question.

6
Pulley-rope tension question
13
Pulley system on a frictionless cart
2
Understanding tension based on assumptions of pulley system
0
Pulley with mass - what is happening in the rope that causes tension forces to differ?
2
Interaction between an ideal pulley and an ideal rope
0
Mechanics Pulley system
0
Forces of tension in a pulley rope system