Why doesn't the block fall? 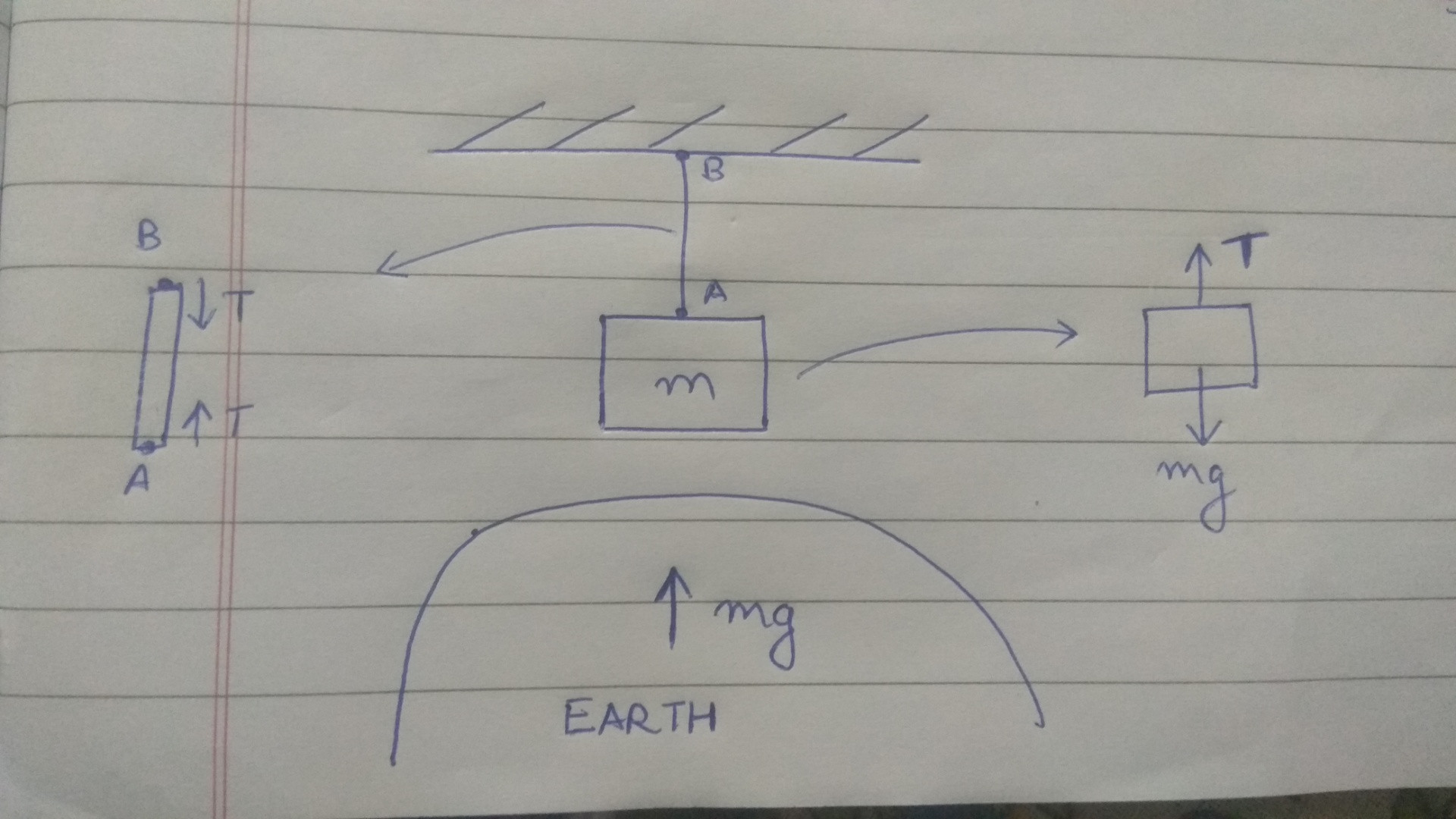 I came upon this question as I was going through the concepts of tension. Well according to Newton's third law- every action has an equal and opposite reaction. Here my question is that if the tension at point B balances the tension at point A then which force balances mg as it can't be balanced by the reaction force of mg which attracts the earth towards the mass as it is not in contact with the mass. Then why doesn't the mass fall?

There are two forces acting on the mass are gravity and tension from the rope. This is seen in your free body diagram on the right side of your image. The mass does not fall (or rise) because these forces are of equal magnitude and opposite direction, thus the net force acting on the mass is $0$.

0
Do we stand on the earth because of Newton's third law?
1
How did tension developed in a string when two equal and opposite forces are applied on the same body?
4
Is there a reaction force for a reaction force?
13
Third law of motion is so confusing
1
Why is normal force sometimes called “reaction force”?
21
Why doesn't the Earth accelerate towards us?