Why does smoke go inside the car if the back door is open?

Inspired by another question I wanted to ask about phenomenon that I've experienced.

We had a van with separate trunk deprtment (similar looking one below) to transport things. But some of the things were too big, so we couldn't really close the rear door (the door was actually opening up, not like in the pic before) so we left it partially open (some 30-50cm gap). That's why I had to get inside and hold some boxes so they wouldn't fall out.

My experience felt like a gas van. The smoke from exhaust pipe was going straight in through the open gap. Why did the smoke have to go through the trunk department? I've also heard similar stories of friends driving a car with open trunk door - smoke seems to flow inside and through all the car. 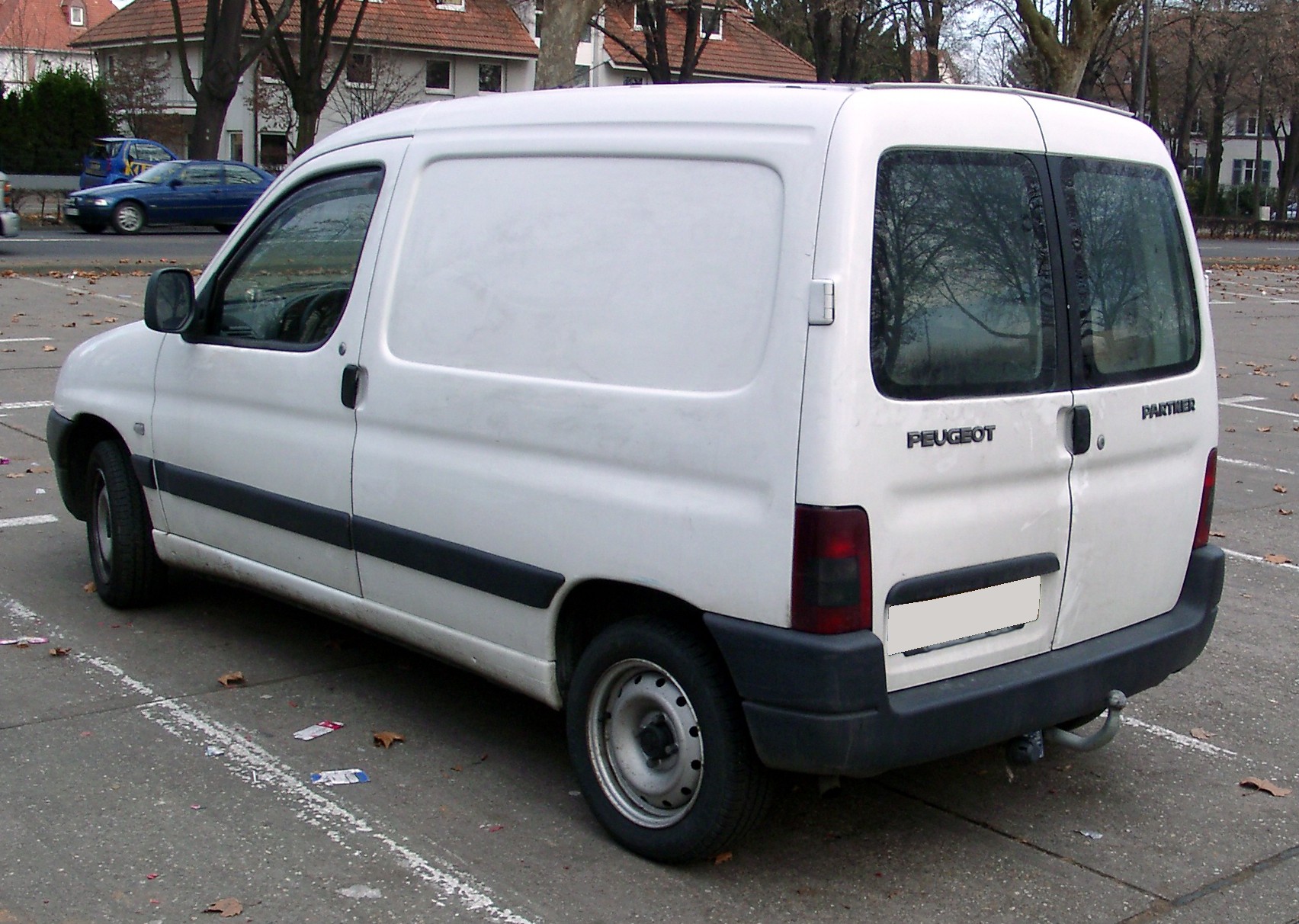 Your car is perfect for the generation of turbulence by flow separation. Behind the car, the flow cannot follow the car contours. You get circulation patterns on many scales (i.e. a lot of large and small turbulent structures). Naturally, there will be pressure differences at the opening. Consequently, there will be an exchange between outer and inner air. The exhaust gases are being circulated upwards around the rear of the car and become part of this exchange. If there is a mean inflow through the lower part of the opening, there will be a circulation within the car and the whole cargo space will be filled with exhaust gas in no time.

Here is an illustration of the turbulent flow around a car: 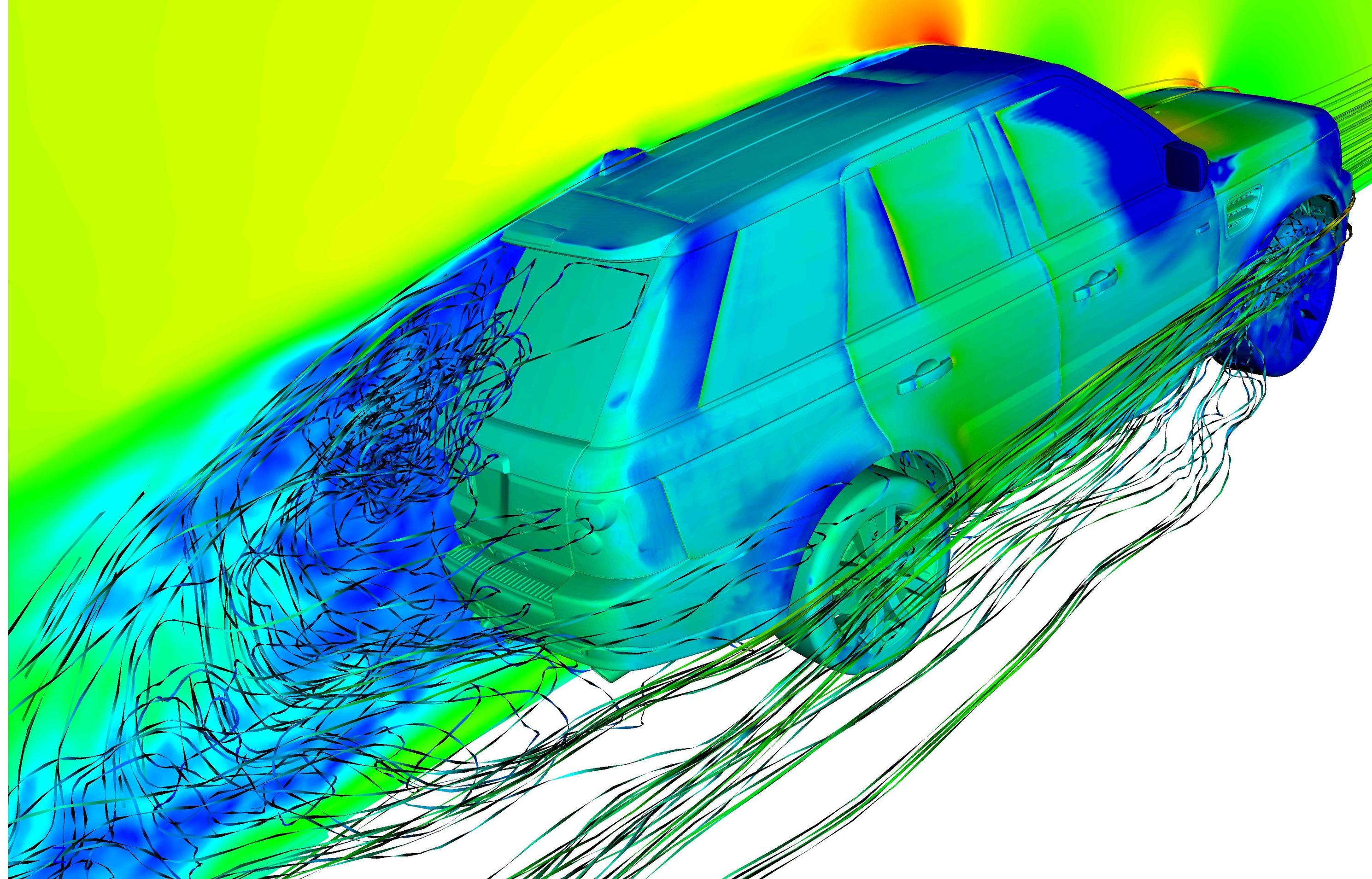 The air flow through a car will be controlled by the pressure of the air around it. It's hard to be definitive about this because it depends on the shape of the car, its speed and also whether windows are open. However as a general guide the pressure will be high at areas like the front where the air hits a flat(ish) surface and low on the sides and roof, where the air flows smoothly, due to Bernoulli's principle.

As it happens someone has actually measured the pressure around a Honda civic as it's being driven. Actually they find the pressure at the rear of the car is hardly changed.

However a truck is a very different shape to a Honda Civic, and the air flows will be different. Also if you open the front windows the reduced pressure there will tend to make air flow out through the windows and therefore suck air in from an open rear door. The article I linked doesn't say whether the windows were open or closed, though i'd guess they were closed.

It would be interesting to see whether opening and closing the windows made any difference to the air flowing in from the rear.

If the rear of the car is effectively a sealed box then I think you're just getting turbulent mixing. By this I mean there is no organised flow through the rear of the car, but the random turbulence at the open door inevitably mixes the air in the car with the air outside. I doubt you're getting much of the exhaust coming into the car, but the nose is very effective at detecting small concentrations of exhaust gas.

John's answer made me think that it might be that the lowered pressure on sides made air flow out through the sides of partially open door. And to compensate, it had to suck air from below.

3
Why does smoke go out the window of the car - and what if there's wind blowing instead of the car moving?
3
How does mud from cycling across a puddle cling onto my back?

3
Why does smoke go out the window of the car - and what if there's wind blowing instead of the car moving?
26
Why does my door shut faster when the window is open?
0
Why does my eardrum feel strange inside a car?
4
Atmospheric pressure changes on plastic bottle containing a liquid
4
How does a side branch intake resonator (Helmholtz?) work?