Are the boundary conditions purely a consequence of Maxwell's equations? 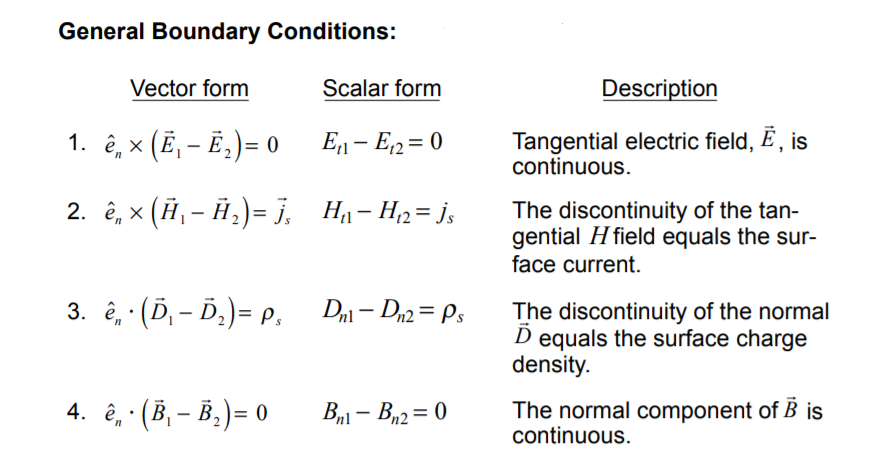 were all these, realized only by looking at Maxwell's equations? Or is there a physical reasoning behind them? For example, Why does the component of the electric field parallel to the surface of interface remain unaltered? I also read that the reason light bends when it passes through another medium is because only the normal component gets altered and the horizontal component remains the same(whereas the velocity gets altered because of the other electrons in the material that are driven by the source and produce a separate wave with a different phase and the superposition of these two waves seem to alter the speed of light in a medium $^\dagger$).

My question in short is, What would be my answer,if someone asked me, to explain the boundary conditions, without equations*.

*If that's purely based on equations, please ignore "without equations", but there's got to be something that's physically occurring which led us to create a model, right?.

Those equations can be understood as boundary conditions, but they can also be understood as being valid between any two points inside the domain. This is because they result from integrating the Maxwell equations over an arbitrary test volume, and hence link the quantities at either end of this test volume.

Consider an electrically polarized continuous medium. In its volume it is neutral but at its boundary a charge appears. For a magnetically polarised medium a current appears. This is why there is a jump in the fields.

Not the answer you're looking for? Browse other questions tagged electromagnetism electromagnetic-radiation maxwell-equations boundary-conditions or ask your own question.