Ask Question
Asked 2 months ago
Active 1 month ago
Viewed 2k times
13
$\begingroup$
Closed. This question is opinion-based. It is not currently accepting answers.

I was wondering, there are several examples where energy comes in very handy. Many problems in kinematics which are really challenging if you could use only forces, can be solved effortlessly by converting into terms of energy. 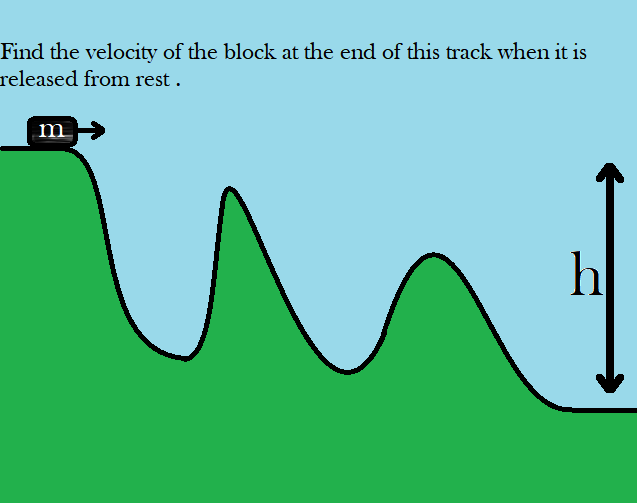 Intuitively, is it right to think of energy as a more fundamental quantity than force?

Intuitively, is it right to think of Energy as a more fundamental quantity than Force?

The “fundamental-ness” of something is difficult to quantify so it is hard to say whether something is more or less fundamental. However, I would tend to agree with you, but for different reasons.

One other point that may lead to the idea of energy being more fundamental than force is that energy is conserved while force is not. Again, fundamental-ness is fairly vague so it is not clear that conservation is a criterion, but it does seem reasonable to consider it briefly.

No, it is false. You have this impression just because you are considering one-dimensional problems where the forces are conservative or they do not produce work. Newton's equation of motion, in this situation, is essentially equivalent to the theorem of mechanical energy conservation. If there are non-conservative forces and/or the motion involves more than one dimension, then the theorem of energy conservation may give some information, but it is by no means sufficient to get the motion of the system.

Let me discuss it for classical mechanics

While Work-Energy mechanics is very powerful, it also has an achilles heel.

A necessary condition for Work-Energy mechanics is that the system is such that an unambiguous potential energy can be defined.

You'd think that you would have to invent a very contrived case to run into that problem. But here is the example given in many textbooks: a ball rolling frictionless on an inclined plate. When you move that ball around, and you return it to the same location as when you started, that ball won't be in the same orientation as when you started. How the orientation of that ball comes out depends on details of how it was moved around.

There is no unambiguous integral for that case, so Work-Energy mechanics cannot solve that case exhaustively.

It's kind of a geometric problem, it tends to be about orientation in one form or another. You need a well-defined integral for the potential energy.

When Work-Energy mechanics cannot solve the case exhaustively you fall back on Force mechanics.

Neither energy nor forces are something we know to exist. And neither of them are really "fundamental".

We often want to predict what will happen when we release a roller-coaster cart down a track, or throw a satellite at Jupiter, or any of a number of other things we might do. Presumably we cannot ever know how Mother Nature truly functions (if that even makes sense to ask about), but we have, over the centuries, noticed a few striking patterns.

In order to exploit those patterns so that we can make predictions, we have invented some seemingly helpful quantities and given them names. We have then set up mathematical relations that we believe these quantities follow (or at least are close to following).

In the case of your specific setup, assuming there is no friction and that the gravitational field is uniform, working with energies is far easier than working with forces, because one of the patterns we have noticed is that this "energy" quantity is conserved. But the energy approach is so much easier only because you're asking about the speed of the cart (energy is much more closely linked to speed than forces are, which also plays a part in why energy considerations makes it easier to answer questions about speed). If you had instead asked for the time it took to get to the bottom, then suddenly the difference in effort between the two approaches isn't that large any more.

Not the answer you're looking for? Browse other questions tagged newtonian-mechanics forces energy energy-conservation or ask your own question.

20
Does it take more energy to open a door when applying force close to the hinge?
15
Can you ever exert more downwards force than your weight?
0
A More General Potential Energy
1
Do force fields come from potential fields, or do potential come from forces?
0
Can energy be satisfactorily defined and explained in Newtonian terms?
0
Can a system experience more force at any point than the applied force?
4
How can we intuitively understand the idea that when the velocity of fluid increases, the pressure of fluid decreases?