I am stationary with respect to a conducting wire

This conducting wire is electrically neutral (From observation)

Current is now made to move within this wire.

The motion of charges will be seen as length contracted(from my stationary reference frame) and therefore the density of negative charges must increase giving the wire a net charge.

But the current carrying wire is found to be electrically neutral (From observation).

How does this happen? I have seen the videos from Veritasium and the Science asylum as well as many threads here that fail to explain this(adequately)? How can the wire be neutral in both scenarios?

How can the wire be neutral in both scenarios?

This question usually comes up in the context of relativity. It stems from an interesting but confusing explanation pioneered by Purcell:

However, despite the relativistic context this specific question is actually not related to relativity at all. Both the charge on and the current through a wire is under experimental control.

So the experimenter can make the wire have no charge and no current, or charge but no current, or current but no charge, or both current and charge. Relativity is not relevant to that at all. Relativity only comes in once you have fully specified the settings chosen by the experimenter in the lab frame and want to determine what the scenario looks like in another frame. So the lab values are arbitrary “given” quantities that are then used as inputs for the relativistic calculations.

This is just the 'pole in a barn paradox' in another guise. Simultaneity in the frame of the electrons will be different to simultaneity in yours, so what will happen is that in your frame extra electrons will seem to have entered the wire before all the others have left it, thus preserving the neutrality of the wire.

Step one is simplify. So we have a 1 dimensional lattice of equally spaced ($s$)positive and negative charges, labeled by position $n$:

The position of the n-th positive ion vs. time is:

The electrons all start moving simultaneously (in the lattice frame), and have positions:

The difference in position gives the linear charge densities:

So they are equal, and the wire is neutral.

Boosting to the moving frame ($v$) with the electrons:

Now get the right time coordinate:

The electrons are stationary (and further apart, which is shown in the Science Asylum video at 6:03), while the protons move to the left, and are contracted. 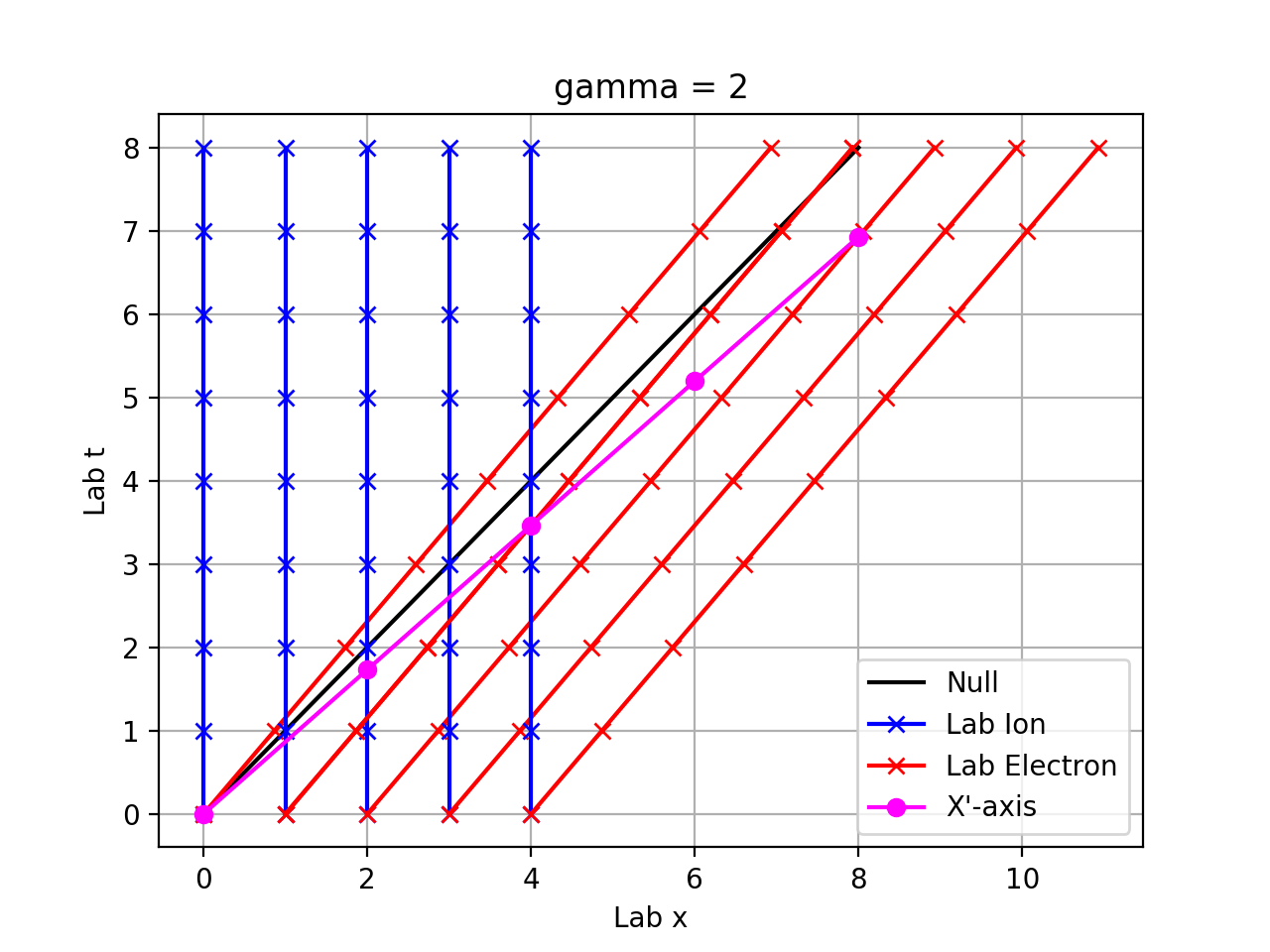 Note that in the lab frame the densities are:

Now I can boost that plot to the electron frame (so the magenta line becomes the abscissa): 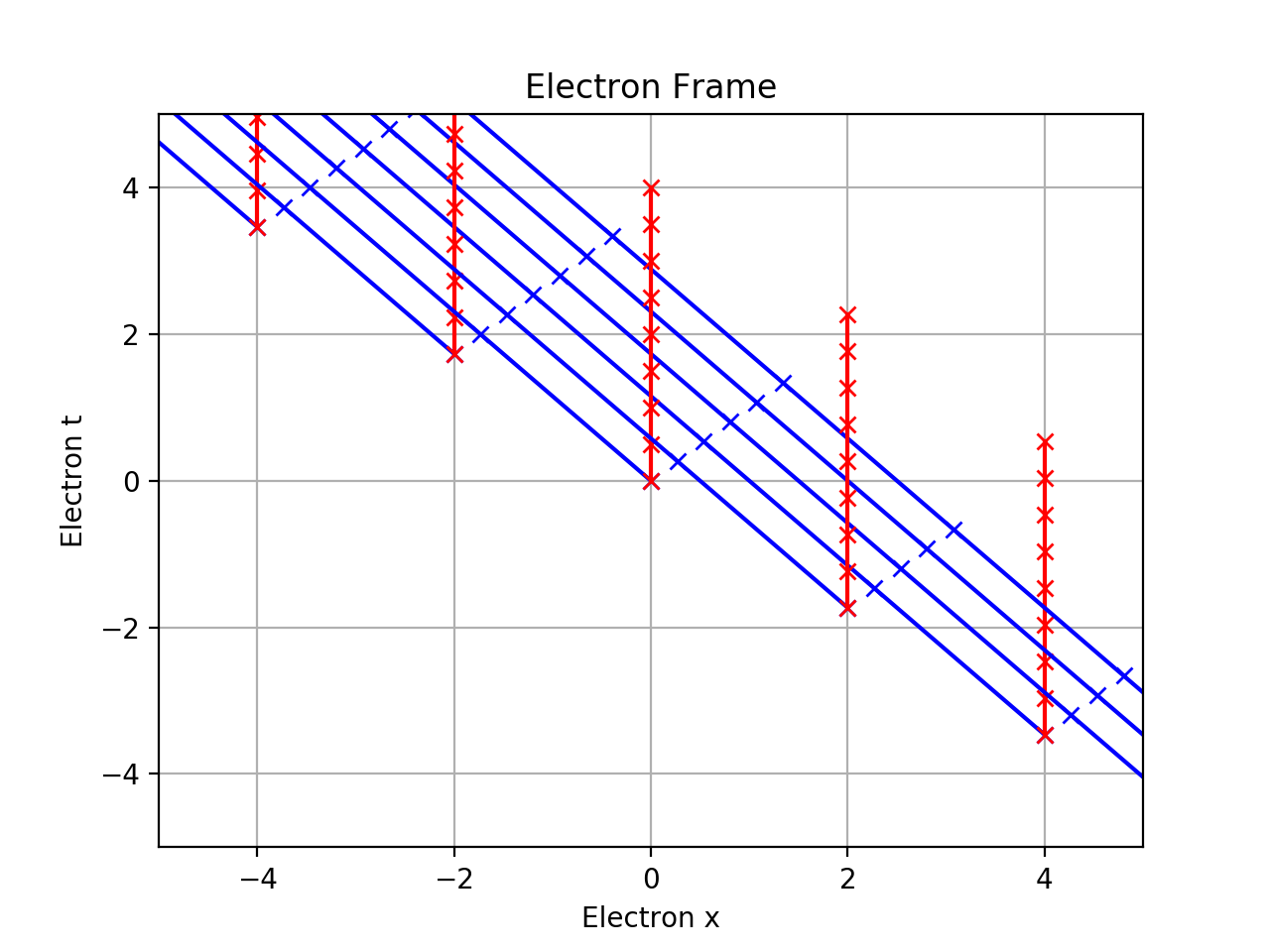 That explicitly shows the electron density is reduced by $\gamma$, and the ion lattice contracted by $\gamma$.

12
Why is the return current through a printed circuit board's ground plane concentrated below the circuit trace?
3
Relativistic Casimir Contradiction