I was recently reading about color mixing and how mixing colors subtractively gives opposite color to that of mixing them additively. But then if I mixed red and yellow I got orange of course, but interestingly it didn't matter which way I mixed them additively or subtractively I got orange both ways, which was surprising as I thought they would give the opposite effect and hence a different color.

So why is that the case that you get orange when you mix red and yellow irrespective of whether you mix them additively or subtractively? Thanks in advance

This means mixing paints/dyes, or anything that reflects light, rather than emitting it. 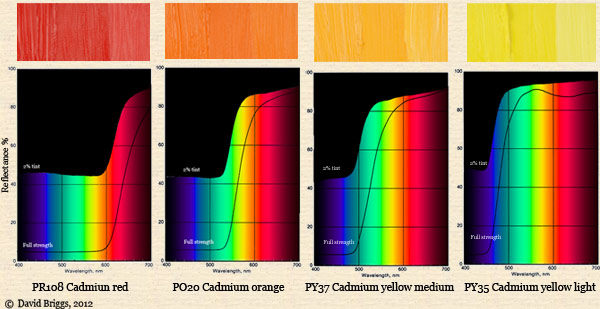 Notice how the pigments still reflect a small amount of the other wavelengths. If we take the red curve and multiply it by the yellow curve, we end up with a curve that has basically the same shape as the orange curve. (Successively multiplying reflectance spectra is how 'mixing' of these colors is done.) Hence, Red - Yellow = Orange.

See the CIE 1931 color space below, which is the standard for human color vision: 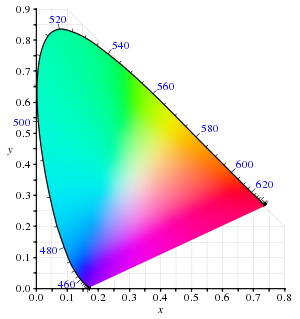 Along the edges of this graph are the colors representing our eyes' perception of 'pure' wavelengths of light (think lasers). Where does this graph come from? Ultimately, from the CIE 1931 Standard Observer, consisting of three 'color matching functions' that (very) roughly translate to the three color receptors in our eyes: 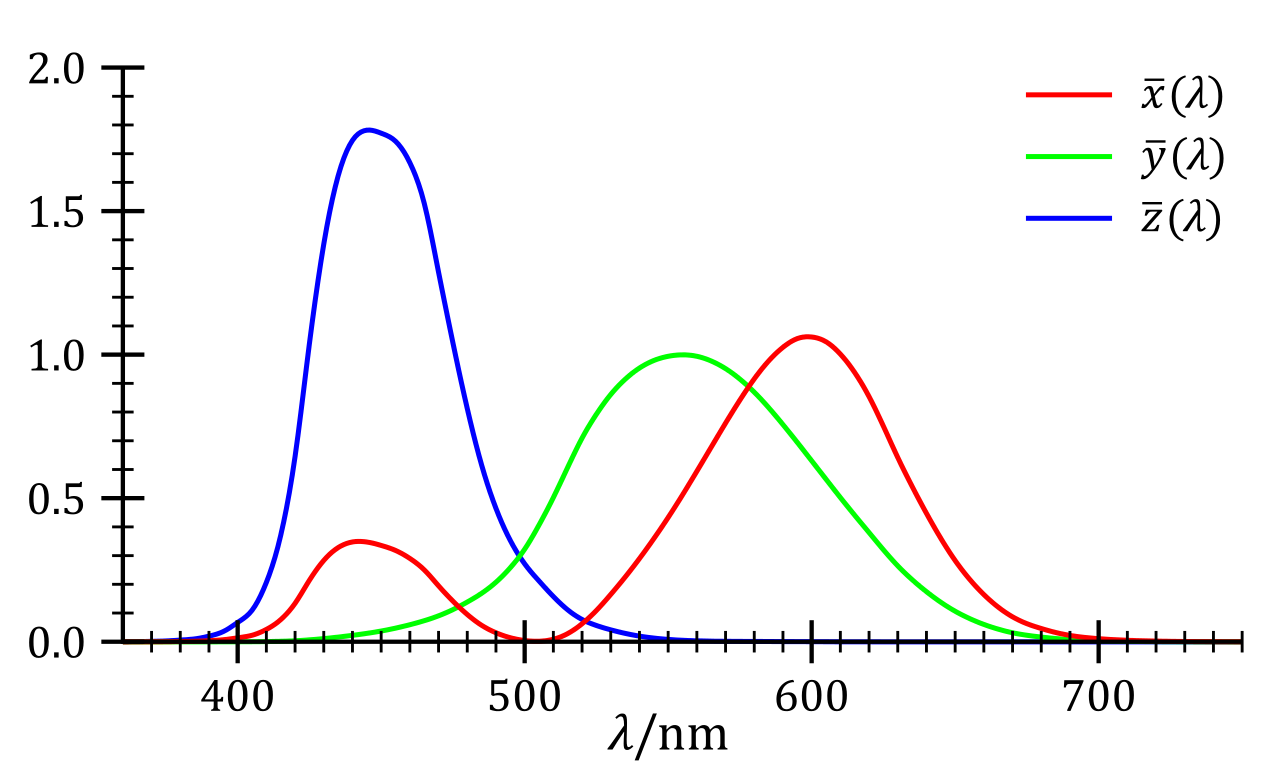 To go from these curves to the color chart above it:

Where X, Y, and Z are calculated by integrating these curves with the spectrum you want the color of. Then you can plot x and y to create the 'horseshoe' chart above.

Summing spectra of red and yellow will result in a combined spectrum that appears orange. Why? The eye basically sees the ratio of the light spectrum integrated under the three XYZ curves, and it doesn't care how that ratio was achieved. If you give the eye only orange wavelengths, the ratio of the XYZ values is Orange. If you give the eye the right amount of pure red and pure yellow, you also get a similar ratio, and the eye sees it as Orange. Our eye 'collapses' a wavelength spectrum down to three XYZ values, and our brain interprets those three values as perceived colors.

Why are additive Red + Yellow and subtractive Red - Yellow both perceived as Orange?

Hopefully it's more clear why Red + Yellow = Orange, based on above.

Why is it also true for Red - Yellow? The pigments that create Yellow include Red wavelengths. When the pigments are mixed (reflectance curves multiplied), the result still includes both yellow and red wavelengths. As above, the ratio of having both red and yellow wavelengths is how we perceive a color as Orange.

If the yellow pigment did not reflect some red wavelengths, then mixing a yellow and a red pigment would result in a dark, brownish-grayish color, because the pigments would be absorbing everything. (This is why Red + Green = Brown.)

Since Blue and Yellow both reflect a small amount of green, when subtractive pigments are mixed, green wavelengths are the only ones left. 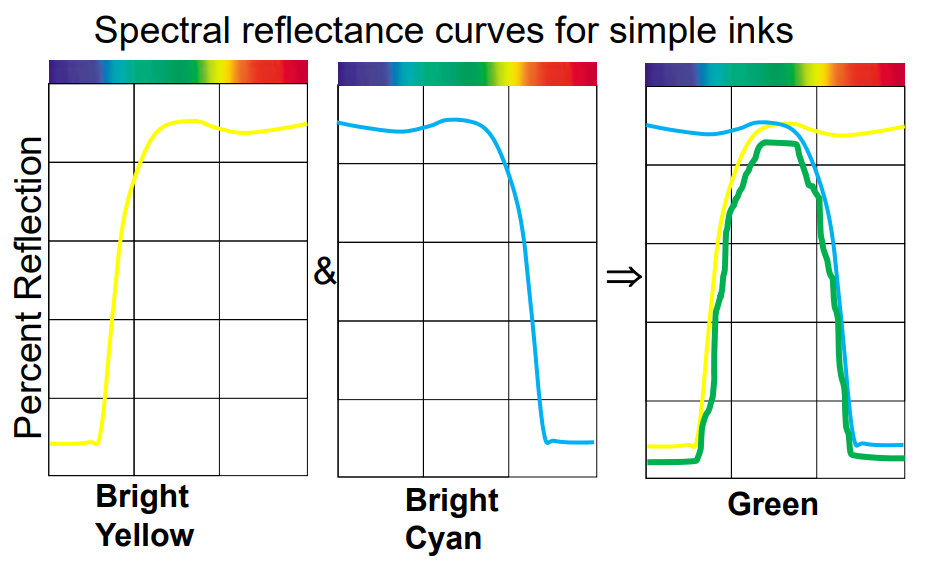 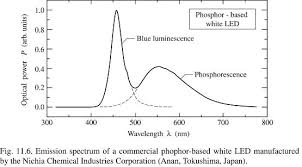 Why? Because white is equivalent to having all wavelengths present. In the subtractive world, we take White for granted, because it's the color illuminating our pigments in the first place.

7
3D movie glasses making white light look red and blue
5
What is the sun's spectral series?
4
How color crayons emit different color at same temperature?
4
Why does an yellow object absorb blue instead of all colors other than yellow?
8
Weird Reflection Pattern in Reading Glasses