I did General Relatively years ago at Uni. I have revised a lot of the maths demo Dirac''s book. It is incredible the leap in thought to noting from the Bianchi identities that the curvature term's on the left might equal the stress tensor energy tensor on the right. But what I don't get is a feel for what initially prompted Einstein to think that mass might.curve space in the first place.

So my question is: what was the initial clue that made Einstein thing that space might be curved?

I do see how it might occur to him to think of the Lorentz invariant "proper distance" or "proper time" as a pseudo distance metric? The implication being that space and time might form a pseudo Riemann manifold. In general a manifold is of course curved. Is that all that prompted him? Or is it something to do with the Equivalence Principle, or was them some other physical clue that prompted him?

I believe the initial clue was the (accelerating) elevator. This gave the idea for gravitational lensing. 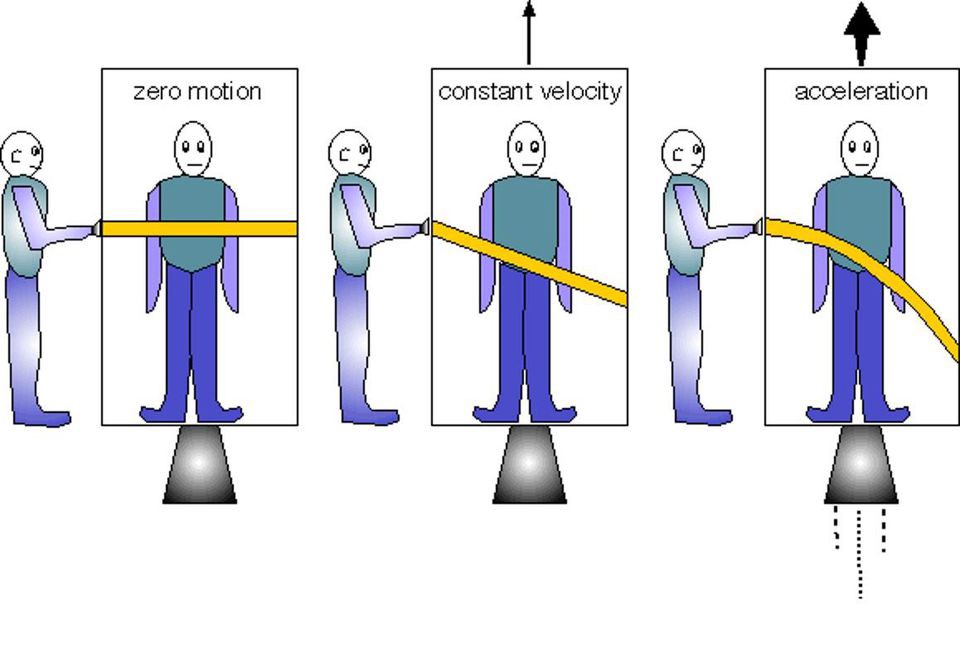 Light follows a geodesic, and as the elevator accelerates, photons entering perpendicularly to the elevator sidewalls, those photons' path will be curved. Only acceleration can do that, and due to the equivalence principle, it is the same as the effect of a gravitational field.

Thus, the gravitational field of a massive body must curve spacetime itself, creating a bent path around the body for light.

The field form of the Newton gravitational law: $\nabla^2\Phi = 4\pi G\rho$, where $\Phi$ is a scalar field and $\rho$ is the density of matter might have been a starting point.

But a relativistic equation should be a tensor equation.

If we replace the scalar field with a tensor field, the Ricci tensor can be thought as a good candidate to play the role of the Laplacian as a sum of second derivatives.

And the density of mass is of course replaced by the Energy-moment tensor, due to the energy - mass equivalence.

Not the answer you're looking for? Browse other questions tagged general-relativity spacetime curvature history equivalence-principle or ask your own question.