Is there a limit of electrons a single hydrogen atom can have?

Is there a limit of electrons a single hydrogen atom can have? If so what is it? why? Is the the answer to why scalable to helium?

By definition, "hydrogen atom" refers to the neutral system with one proton and one electron, so it cannot hold any extra electrons.

However, protons can hold more than one electron, in which case the system is termed a hydrogen anion. This is a stable, bound system, and the reaction $$ \mathrm{H}+e^- \to \mathrm{H}^- \tag 1 $$ releases about $0.75\:\rm eV$, an energy known as the electron affinity of the hydrogen atom. (As a fun fact, the hydrogen anion is incredibly important ─ the reaction $(1)$ above is the reason why the Sun's spectrum is continuous.)

Free atoms of most elements tend to have positive electron affinities, which means that their singly-charged negative anions are stable systems, and they release energy when they capture their first extra electron. There's a few exceptions, though, starting with helium: atoms which have stable closed shells can 'reject' that extra electron, as it's forbidden from sitting in the closed valence shells and it's forced to sit at higher-energy shells that are too far uphill in energy to be stable.

If you want to up the game and go to a second extra electron, though, to get to $\rm H^{2-}$, the game runs out, and indeed it runs out for every element ─ all the second electron affinities are negative. That is, it takes work to cram a second extra electron in, and the resulting dianion will at best be in a metastable state that's ready and jumping to give that energy back out by dissociating into the single anion and a free electron. It's just too hard to try and hold two extra electrons (and their resulting mutual electrostatic repulsion) within the confines of an atomic system. 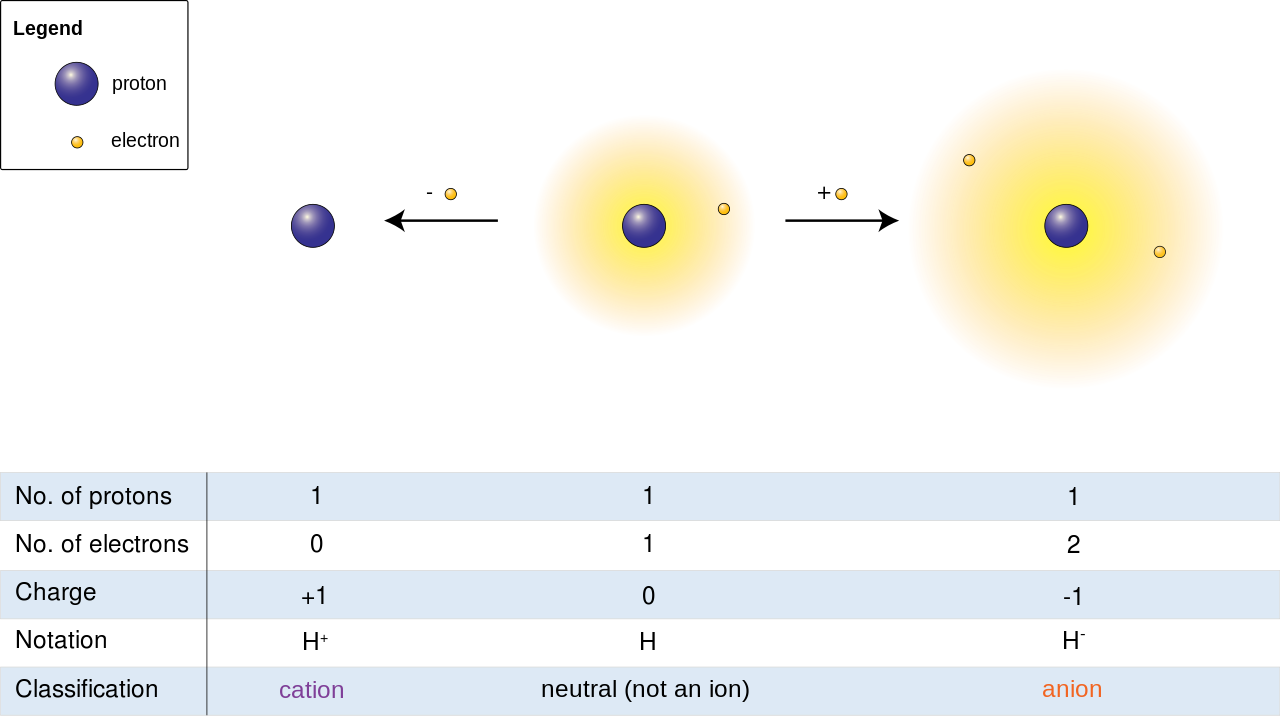 Now these negative ions (with two or more extra electrons) are unstable. You are basically asking if you can bind a proton with more then two electrons.

Though, you can try to use an external magnetic field to keep it stable.

Not the answer you're looking for? Browse other questions tagged atomic-physics orbitals quantum-chemistry elements ions or ask your own question.

10
Why is spectrum obtained by sunlight, said to be continuous?
8
Does the hydrogen anion have bound excited states?
4
Can hydrogen have 3 electrons?
1
Why are double negative ions (Hydrogen) unstable?
0
How do electron on electron collisions affect the protons attached to each electron?

0
Can a single atom explode?
2
Hydrogen atom nodes and Bohmian trajectories
27
Why do non-hydrogen atomic orbitals have the same degeneracy structure as hydrogen orbitals?
1
Is there a way to strip all the electrons from single atom with atomic number greater than 2
36
Is there oscillating charge in a hydrogen atom?
4
Can hydrogen have 3 electrons?
1
Transition $2p \rightarrow 1s$ of Hydrogen Atom