Why is the phase velocity of waves on a rope independent of the wave length?

A rope is described by the wave equation $$ (\partial_t^2 - \partial_x^2) \, \varphi = 0 $$ It is well known that there is no dispersion for resulting wave solutions. This implies that all plane waves we can generate in a rope have exactly the same phase velocity. For example, if we focus on one specific point on the rope, say one maximum, it will travel during the time interval $\Delta t$ the distance $\Delta x$. This fact is independent of the wave length of the wave in question. Thus the phase velocity is always $v = \frac{\Delta x}{\Delta t}$. 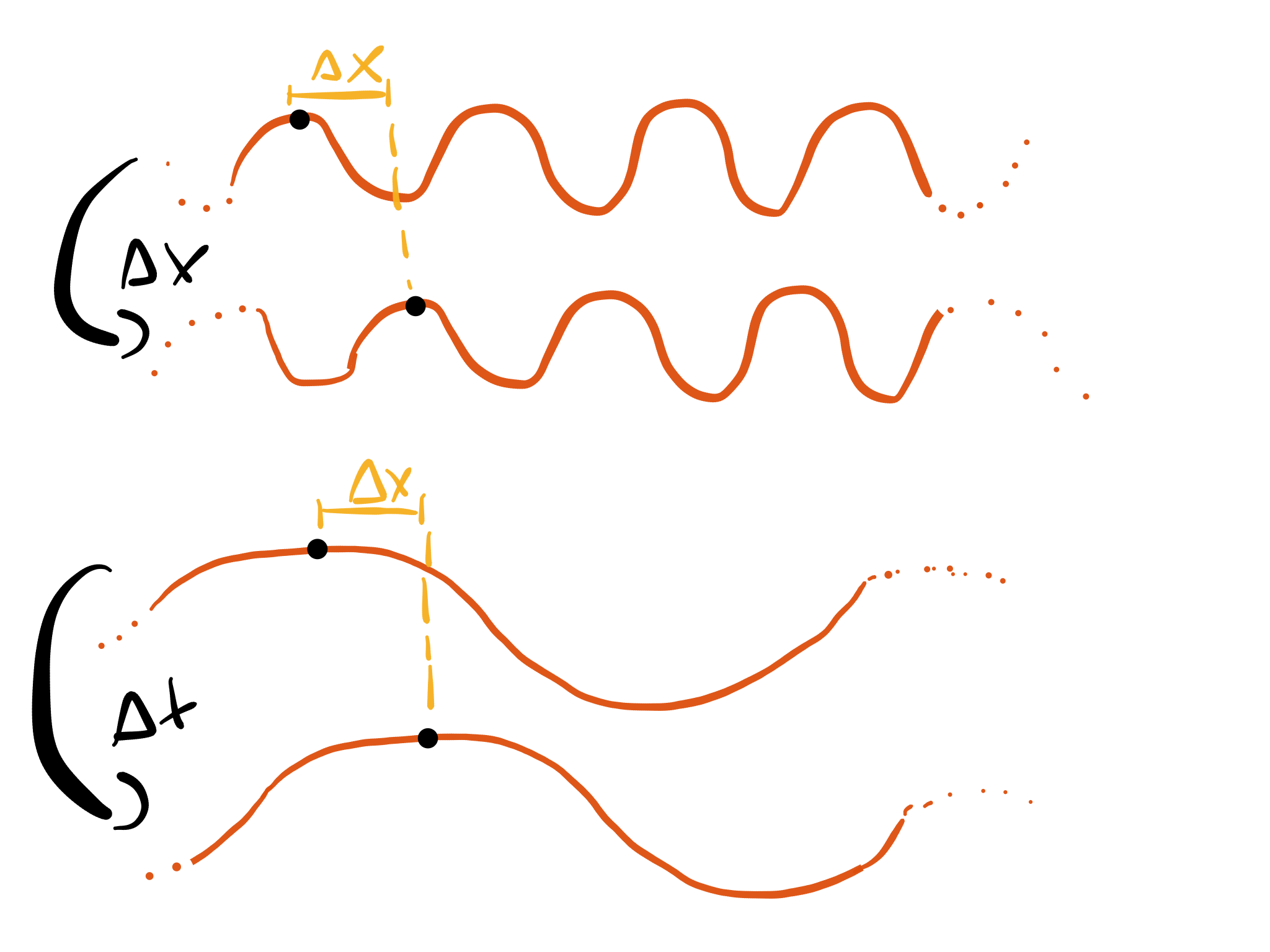 Thus, intuitively I would have guessed that the mass points get pulled down much more quickly if the wave length is small. However, as mentioned above, this is not the case as the phase velocity does not depend on the wave length. How can this be understood in intuitive terms?

PS: I recently asked a closely related question which sparked this question.

Your intuition is right - masses oscillate faster for a low wavelength wave because of greater distortion; it's just that in this case the wave also repeats faster in space...so phase velocity remains the same. If you like, mathematically, low $\lambda$ means low time period $\tau$ of oscillations of a particular point on the string, so that the phase velocity equal to $\lambda/\tau$ stays constant.

That the ratio $\omega/k=\lambda/\tau$ is completely independent of $k$ is not easy to answer a priori. What we can say is that high $k$ means more distortion, and hence a more violent normal mode operating at a higher frequency. How high $-$ i.e. proportional to $k^\alpha$ for which value of $\alpha$? That's impossible to claim without the exact formula for the potential energy of distortion. In this case small local length extension is given by $\frac{1}{2}(\frac{\partial y}{\partial x})^2$, which gives $\alpha = 2/2 = 1$.

Also, for a rope, the aforementioned approximation for the potential energy only works for small amplitudes, and for every amplitude there is a UV cut-off (for $k$) in-built in this system, beyond which the approximation breaks down and/or the rope breaks.

Another heuristic insight is dimensional analysis, which is the next best thing to a field Lagrangian. The only dimensionless combination one can construct in this case is $\omega/ck$, where $c = \sqrt{T/\text{mass density}}$. However, this is assuming the system supports waves and that $T$, mass density are the only relevant physical parameters (case in point: nobody knew vacuum supports EM waves until Maxwell & Hertz found them. Incidentally, this also happens to be an example of dispersionless waves across a very wide range of the EM spectrum as far as we can tell).

I realized this cute argument while answering this question on stackexchange. The usual wave equation is invariant under Lorentz transformations in which $c$ is equal to the speed of the wave. While this procedure is purely mathematical and doesn't carry a physical interpretation in terms of frames with it in this case, one can still do it and argue that that $(\omega, k)$ transforms like the relativistic four-vector (two vector in 1+1 D) under these transformations, implying $\omega^2-k^2$ is a constant. Using the fact that Goldstone's theorem predicts massless modes, we've $\omega \to 0$ as $k \to 0$, implying that $\omega^2-k^2$ is actually equal to zero (this means we're relying on the existence of "Lorentz transformations" that can produce arbitrary red-shifts, making $k$ as small as we like)!

Not the answer you're looking for? Browse other questions tagged newtonian-mechanics waves spring string dispersion or ask your own question.

4
Why does the phase velocity of a string attached to springs depend on the wave length?
1
Is there a connection between spontaneous symmetry breaking and massless photons?

3
A theory about a travelling wave due to a vibrating rope seems to be contradictory, please spot what is wrong?
4
Interpretation of dispersion relation
1
How come group and phase velocity can be different in a non-dispersive media?
1
Why does wave keep on travelling despite destructive interference?
4
Why does the phase velocity of a string attached to springs depend on the wave length?
0
What are the phase speeds of $A_0$ and $S_0$ Lamb waves at very low frequencies?
2
What makes a transverse wave maintain its shape?
2
Phase difference of a standing wave