The following is a screenshot from Sealab 2021, showing a tube erected upright on the ocean floor through which crew can exit and enter the station: 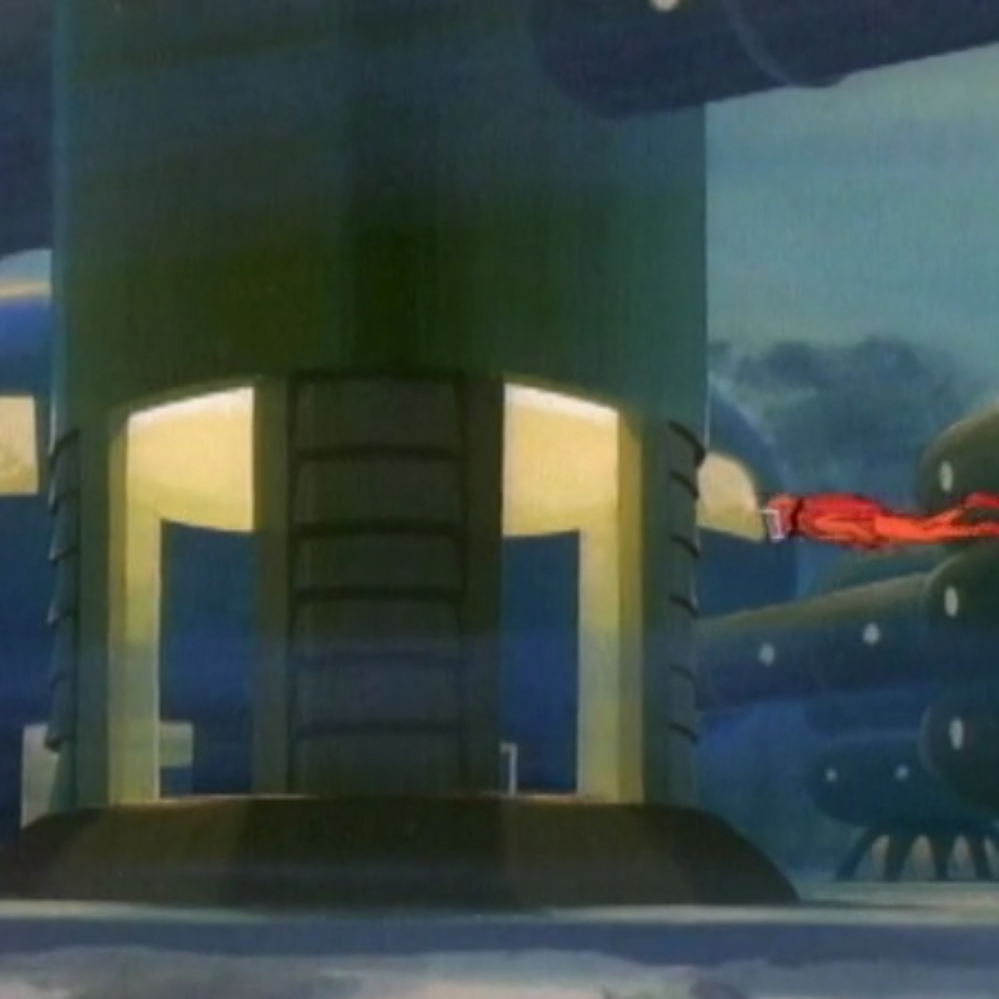 This isn't very consistent throughout the show, but Sealab's surroundings frequently appear pretty dim, so let's say the station is at a mesopelagic depth (200 to 1,000 m) of 600 m (the average)0.

This is too deep for diving without atmospheric diving suits1, so personnel operating at this depth with scuba gear as depicted isn't realistic because the pressure is too great.

But, in real life, if you were in the station in a room at the top of one of these tubes, what would the pressure of the water in the tube be like? Would the it be as great as just outside the tube, so that, the moment you dipped your toe in, your toe would be crushed as though it had a large piano pushing in on its every square inch? (That seems unlikely.) Likelier, it would be as low as at the ocean's surface, but, if so, how is the water pressure gradient distributed from the bottom to the top of the tube?

Gentleness with the physics appreciated.

If you are referring to the animated TV series, remember this is a cartoon, you cannot expect much realism. In reality, divers open access to the water like this would require the air pressure above the water, to equal the external water pressure, you cannot have two different pressures meeting with nothing to separate them. Once in the air chamber above the water, either the entire habitat would have to be at external pressure, or there would have to be compression / decompression chambers (like airlocks) to separate the rest of the habitats different pressure. As far as depth, you are correct, scuba diving becomes extremely problematic below a few hundred feet, even with special helium mixes.

1
When a diving bell is submerged in water, why must I also consider the pressure of the atmosphere?
0
What happens when one sticks their foot out of a diving bell at crush depth?
1
Would a conical siphon be able to lift water greater than 10.1 m?
1
Pressure at depth $h$ of a spinning bucket at top of swing
4
Pressure variation in a capillary tube
1
Help with at home experiment for physics degree: how to suck water up a tube
1
Does a floating ship increase the pressure on a scuba diver?