Can there be an atomic nucleus where there are more protons than neutrons?

Actually I wanted this to be a discussion involving binding energy. It's my mistake: I did not correctly write my query. As many of you have pointed out, protium has in fact more protons than neutrons. But in protium there is only 1 proton, so there is no involvement of binding energy.

For an atomic nucleus to be stable, the repulsive force between protons must be less than the binding energy. But is there any atomic nuclei which is stable whose $n/p$ ratio is less than 1? 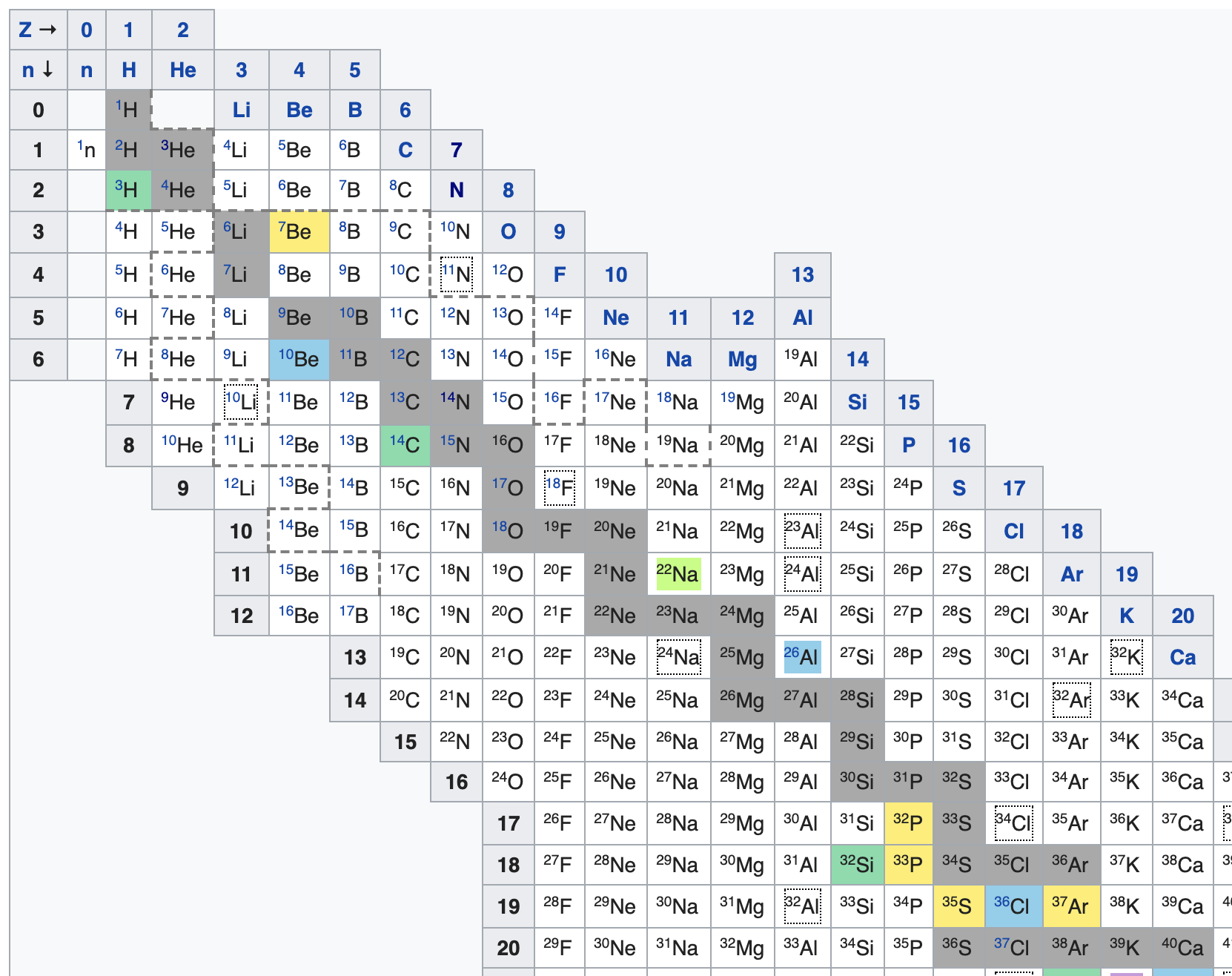 In these table you are looking for isotopes that are roughly above the gray zone (also known as band or belt of stability).

Other than protium (ordinary hydrogen), helium-3 is the only stable isotope of any element with more protons than neutrons.

For an atomic nucleus to be stable, the repulsive force between protons must be less than the binding energy.

This doesn't really make any sense. You can't compare binding energy to repulsive force. This would be obvious if you tried to quantify the claim - it's a lot easier to say energy needs to be bigger than the force; it's a lot harder to put it in an equation :)

Stability is not about absolute numbers, or about relative energies. It's about whether there's a lower energy state that you can occupy, reachable with the energy you have (e.g. no energy barrier, or a barrier small enough for quantum tunnelling, or a barrier small enough for the given temperature), and without breaking any of the conservation laws. A proton has a lot more energy than an electron; but it can't decay because there's nothing for it to decay into. A neutron has only a tiny bit more energy than a proton, but it readily decays into a proton (+ an electron and an electron anti-neutrino). Free neutrons aren't stable.

If you have a nucleus where the absolute value of electromagnetic binding energy is larger than the strong nuclear binding energy, it's not going to be stable. But that's not enough; if this were the case, you could keep adding neutrons to nuclei indefinitely. The binding energy of a He-8 is very large. But it still decays almost immediately, because there's other configurations that have lower total energy - in particular, it will very quickly release a positron, and transmute into Li-8.

But to answer your question directly, yes, there are stable nuclei with more protons than neutrons. The most obvious one is H-1, and the other He-3. He-2 is very close to being stable, but not quite (the strong force is higher than the electromagnetic repulsion, but there's other effects that make its binding energy positive).

Nuclear forces are short range forces are , if no. of proton are greater then number of neutron, then nucleii is not stable and it will decay into more stable daughter nuclei, energy related during this process due to mass defect called binding energy. Now coming to your question there is an exception helium-3 is the only stable isotope of any element with more protons than neutrons . with protium.

Not the answer you're looking for? Browse other questions tagged nuclear-physics neutrons stability protons elements or ask your own question.