What is the External force? [closed]

Ask Question
Asked 10 months ago
Active 10 months ago
Viewed 84 times
0
$\begingroup$
Closed. This question is off-topic. It is not currently accepting answers. 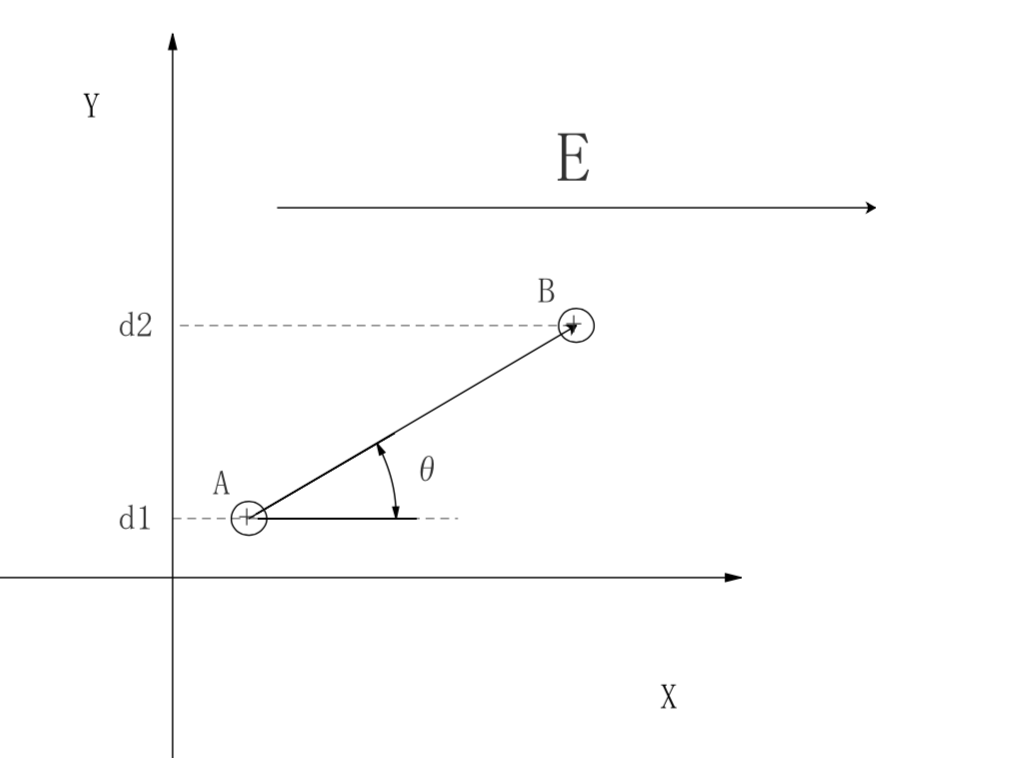 In a vacuum, a uniform electric field of strength $E$ is applied in the positive x-axis direction. When you carry a charged particle with a positive charge $q$ from $A$ to $B$, seek the work that the electrostatic force did.

My textbook says the external force and the electrostatic force have the same magnitude.

What is the External force?

What your book is saying, for moving the block from B to A you need to do some work, and this work will be same and opposite of the work done by electrostatic force. Here external force, which provide by you and internal mean electrostatic.

You can think about this situation in one more way, if charge to be at rest, at every point on line Ab=force by external agent should be equal to force by electric field.

If the charge had to be moved from B to A, an external force would be needed to move the charge against the repulsive force of the field. That requires positive work by an external force. At the same time the field does negative work because its force is in the opposite direction of the movement of the charge, taking the energy supplied by the external force and storing it as electrostatic potential energy. Then Yuvraj answer would apply.

The above said, there is another explanation for what the problem is getting at. If the charge is simply placed at A it will accelerate to B losing potential energy and gaining kinetic energy, as said above. But if at the same time an external force is applied to the charge equal to and opposite the force of the field bringing the charge to rest at point B, the charge will have moved at constant velocity from A to B and the overall change in kinetic energy is zero. Now the field does positive work and the external force does an equal amount of negative work taking the potential energy away from the charge.

The two scenarios have a gravity analogies.

In the first scenario, the charge moving from A to B under the influence of the field without opposition is analogous to the work done by gravity on a free falling object. The gravitational field does net positive work giving the object kinetic energy at the expense of gravitational potential energy.

The second scenario is analogous to taking an object at rest a height $h$ above the ground and slowly lowering it by applying an upward force equal to $mg$, bringing the object to rest on the ground, instead of free fall. The gravitational field does positive work on the object and my external force does an equal amount of negative work taking the gravitational potential energy away from the object.

Not the answer you're looking for? Browse other questions tagged homework-and-exercises electromagnetism forces terminology or ask your own question.

5
Does a conductor of total charge zero placed in a uniform external electric field experience net force?
1
External work required to move charge
1
Work done by external magnetic field
0
Internal and external work on a charge?
0
Does magnetic field make particle move in the direction of magnetic field(In circles)?
0
What's the justification for the sign in the formula for work?