Does a non-stationary state for a single particle with a nondegenerate spectrum necessarily have fluctuations in probability density?

Suppose that the probability density is constant in time everywhere: $$|\psi(x,t)|^2=\rho(x)$$ where $\rho(x)$ is not time-dependent. Is it necessarily true that $\psi(x,t)$ is an eigenfunction of the Hamiltonian, and how would you prove this? I have decomposed the density in some suggestive ways where it certainly looks like the density fluctuations would only cancel out for a stationary state, but I haven't actually been able to prove it.

I would certainly like to prove it in general, but I'm mostly interested in the case of the harmonic oscillator, so $V(x)=\frac{1}{2}m\omega^2x^2$. Can the result be proven in this specific case?

This property is definitely not true for a degenerate spectrum, but I don't care too much about that.

This is a follow-up to a previous question, where I was essentially asking the same question in the case of a many-body system. The property does not hold for many particles - one can come up with counterexamples, like if you have two uncorrelated particles that are exactly counter-oscillating, cancelling out the fluctuations. However, I'm almost certain that it's true in the case of a single particle in 1D with a nondegenerate energy spectrum.

This is likely not what you are asking for, but the answer to your question is yes for the oscillator, a highly symmetric and transparent quantum system: a time-invariant probability for a pure state entails a stationary state.

This is manifest in the phase space formulation of QM, that treats the oscillator far more transparently and less abusively than the equivalent Hilbert space formulation. Unfortunately, however, it is hard for me now to provide an acceptable translation to Hilbert space as you evidently seek, and you may question whether it is worth learning a new language to ascertain a substantially narrow point (some cognoscenti dismiss the oscillator as "basically semiclassical"). In any case, I provide this narrow truth for future readers; it is all but impossible to say anything about general potentials beyond the oscillator. Formal details are accessible in our booklet Concise Treatise of QM in Phase Space where the two figures come from.

That is, the time evolution of an arbitrary pure state is rigid rotation in phase space, just as in classical mechanics. He thus all but trivialized the quantum description of the oscillator, substantially more recondite in Hilbert space. Rigid rotation, not radial pulsing, or any other motion. 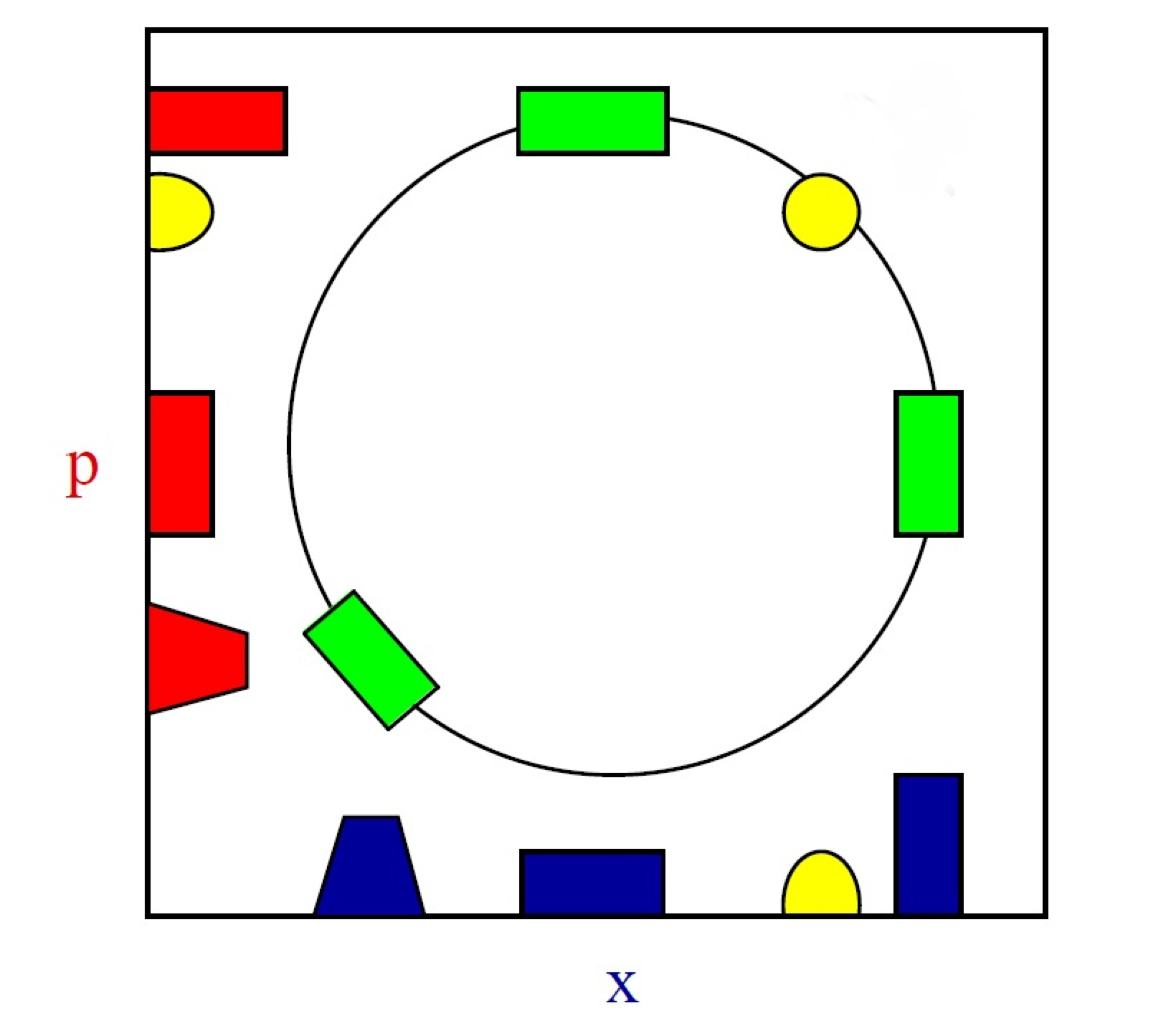 Now the momentum (marginal) integral of the Wigner functions schematically plotted on the x-axis is $\rho(x;t)$, oscillating back and forth on it for the (yellow) coherent states, for example.

Evidently, then, for this $\rho(x)$ projection to be time-invariant, your state's Wigner function must be phase-space axially symmetric. 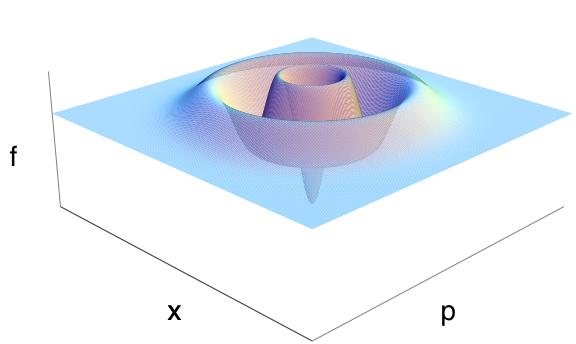 There are long and winding arguments for why the only axially symmetric Wigner functions are those corresponding to stationary states, the eigenstates of the oscillator hamiltonian, but it is a fact.

So, in this language, by virtue of the marvelously circumscribed universal motion of all oscillator states, you are done: time-invariance of the density projection excludes sneaky motions which wash out under integration over momenta.

If only one could generalize this to broader hamiltonians...

5
Is a state with no fluctuations in particle density necessarily a stationary state of the Hamiltonian?

0
Showing that the probability density of a linear harmonic oscillator is periodic
2
Eigenfunctions corresponding to degenerate spectra
0
Green function in non-relativistic quantum mechanics for particles with complicated isotropic spectrum
0
In what cases and with what method does one find a time dependent probability density for a quantum system in an infinite square well?
0
Time independent perturbation of continuous spectrum
0
What do momentum matrix elements in energy basis represent?
5
Stationary state but non-zero probability current?
1
Feynman, Hibbs Perturbations and Energy
5
Is a state with no fluctuations in particle density necessarily a stationary state of the Hamiltonian?