Is mass persistent in spacetime?

As an object moves through spacetime is its mass persistent?

What I mean is, if we find a way to look backwards into time, will a pen sitting on a desk when I was in college still be sitting on that desk at that point in time? 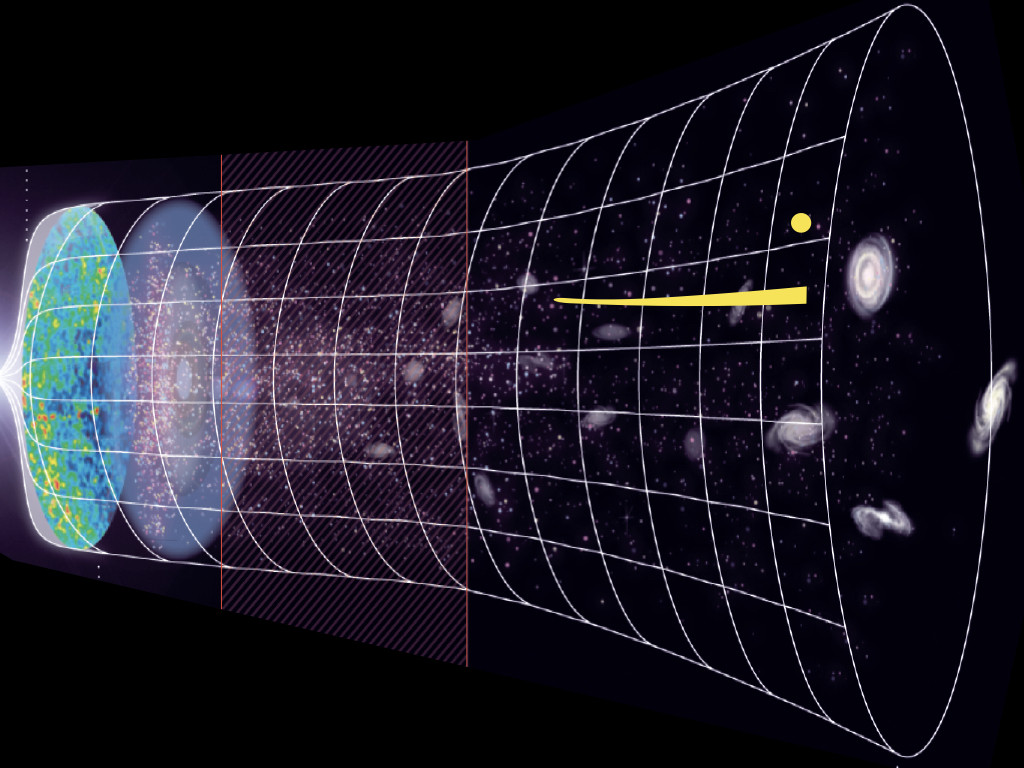 What does the math say, and who or what should I read to understand the current best thinking about this?

Thank you for any help you can offer.

That is an interesting question, and to answer it we need to deconstruct most of the notions used to ask it.

First point: spacetime is a four-dimensional mathematical object which encompasses both space and time, so nothing moves through spacetime (motion is how position changes along time), and similarly nothing can be said as being persistent or not in spacetime (the conserved currents and their symmetries are already built-in).

The real question you seem to mean is: is mass persistent in time? Then it makes sense to use the analogy of moving through space (where you move your mass along), and moving through time (and then: what happens to the mass?).

But what the integrated notion of spacetime precisely embodies is that there is no such clear distinction between space and time, and notably no general way to decouple them such that we can define time-slices in any absolute manner.

So that's point two: there is not a singled-out time direction in spacetime along which you could cut it in purely spatial slice. This is called a foliation, and in general you cannot foliate the whole spacetime.

Point three is that mass and spacetime are definitely not decouplable. Mass is a big part of what defines the local curvature of spacetime, as a form of energy. This also defines how we can locally measure distances. So where in the Newtonian view you would move your mass from a room to another, in a relativistic view you would also drag some space from one room to the other. Spacetime is not a background.

Now let's push this decontruction to its end in order to answer the question by completely discarding its premise: in fact, we do not move in time (frame dragging again), and also, we do not move in space. Physical objects are what make spacetime itself - the spatiotemporal relations between objects are just an aspect of their dynamics, and it is only when we make abstraction of this "dynamical contents" that we can think of spacetime as existing in itself and then "containing" something.

For a deeper discussion of this, see Einstein's hole argument (from which you will conclude that I am not a substantivalist).

This question is debated at length by those who are interested in the philosophy of time. The fact that so many philosophers of time can hold so many conflicting opinions about it (some of those opinions being at odds with physical fact) suggests that it is not one that is open to an easy or testable answer.

Some take the view that things (mass, energy etc) exist only in 'the present'. Another way of looking at that (which I favour) is to consider the present to be reality, and to consider time to be a counter which we use to keep track of change (I will explain that further below).

You can describe the three views from a spacetime perspective by saying that the first view assumes that particles are points in spacetime, the trajectories of which are worldliness; the second group believes that particles are evolving sausages in spacetime, and the third group believe that there are predefined sausages stretching throughout time and for some reason we only see a thin slice of the sausage at any instant.

Applying Occam's razor, I take the view that views 2 and 3 are unnecessary elaborations. I also note that they lead to various types of paradox (which I might explain in an edited version of this answer if I get the chance).

Exocytosis asks 'If you move a mass in the x direction is it still in its original position when you have moved it?' That sums up my view of time. Those who argue for view 2 are effectively saying that not only is it still in its original position at the original time, but it is also in all of the intermediate positions at the intermediate times down to an infinite level of granularity. Thos who argue for view 3) are effectively adding to that by saying that the mass already was in all those other positions, and you just hadn't caught up with the fact.

I find it hard to accept views 2 and 3, and to consider them more positively I would need to be presented with a strong logical or experimental justification, neither of which I have been able to find.

If you accept that reality is what it currently is, time can be viewed just as a counter of how things change. Indeed the second is defined in just that way as a count of physical processes in a given type of atom. The concept of time as a counter of change automatically explains why time is one directional- if you count successive instances of things your count always increases. For example, if you count the transactions in your bank account, the tally inexorable rises in one direction. You must not confuse the count of the number of transactions with their cumulative value, which can go up or down or remain the same.

Physics at this point in time has arrived to the standard model of particle physics as the basis of all observations in the quantum mechanical frame. As all classical observations emerge from the underlying quantum frame ( except this is a hypothesis for the case of effective quantization of gravity) macroscopic states also follow the rules of the underlying QM.

The theory is based on special relativity, i.e. every particle and every system of particles is composed out of four vectors, three space dimensions and one time dimension. The four vectors have a "length" which is called the invariant mass and characterizes the particles irrevocably, and systems of particles as long as no force changes their composition. Energy and momentum are conserved quantities.

General Relativity, on which the Big Bang model you are displaying is based, at the limits of small masses reduces to special relativity.

Thus within the existing model, no, a particle or a system of particles has one invariant mass that characterizes it, and the fourvector describes its position in space time. There is no space in the model for behavior of mass as you discuss, otherwise the BB model would not work, it would be obscured by all those masses, (and in addition energy conservation cannot hold in such a hypothesis).

In many worlds interpretations and hypothesis one may say that the mass exists in all space times it has ever existed, as each point is split into many worlds, but not in the mainstream physics modeling.

One of the things I like the most about this question is the other insights we can infer from the possible answers. We are taught that mass warps spacetime, and the curvature of spacetime around mass explains gravity — but the exact manner by which this happens is still unclear. Curvature is also a seemingly arbitrary term, we cannot definitively say if the space is being "bent" around matter or being "curved" towards it, simply that the dilation of time radiates outward from the center of gravity wells.

If we were to assume that mass and energy are NOT persistent in time, i.e. if we had a time machine and looked at your college desk for the pen, the pen wouldn't be there. It's very weird to imagine; the past would simply be a complete void, perhaps populated only by the central singularities of black holes in 3 dimensions of time, and 1 dimension of space (timespace).

Because we have assumed matter to not be persistent in time, it doesn't seem like a big step to correlate the root cause of gravity as the method by which non-persistent matter is propagated through time in 3 dimensions of space. Thus, I believe the answer to your question to be no.

Not the answer you're looking for? Browse other questions tagged spacetime mass time or ask your own question.

20
What is spacetime (simple explanation)?
27
Gravity as a gauge theory
26
Intuitive understanding of the elements in the stress-energy tensor
9
What does "foliation" mean in the context of a "foliation of spacetime?"

4
Looking out into the universe means looking back in time - how does that work?
5
Reformulating QFT to exclude space-time basis
8
Why does spacetime propagate gravitational waves?
0
Relativistic mass and Electromagnetism in particle accelerators?
4
Wouldn't a negative mass be going faster than $c$ according to our current models of relativity?
43
Why does the speed of an object affect its path if gravity is warped spacetime?