What makes pasta go into a vertical position while boiling?

I began boiling pasta on a power burner on our stove. After about ten minutes, I looked into the pot to see the pasta encircling the outer edge of the pot and standing vertically. Below is a picture. What makes pasta do that? Has anyone ever seen this phenomenon before? 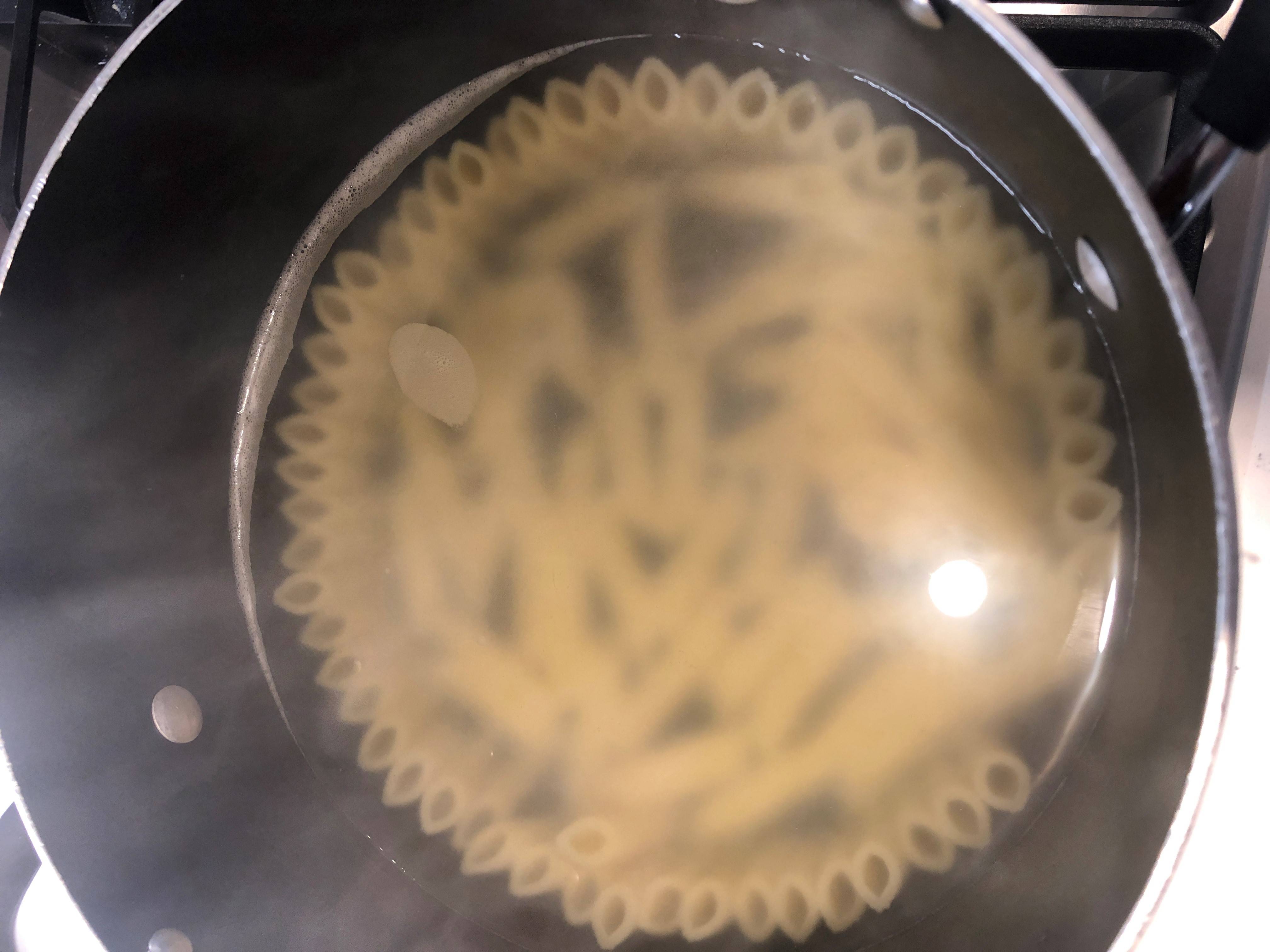 My best guess would be that it's due to convection flow passing through the pasta's cylindrical gap in a stable manner when upright.

Convection when the bottom is heated causes hot water (and possibly an amount of steam formation if very hot) at the bottom to flow upwards.

Eventually, if any lying-down pasta's by chance happen to reach an upright state when tumbled about, then they would prefer to keep this state.

Only those that are upright along the pot's wall will be stable in this upright state. Upright pasta's in the interior will quickly be tumbled over by the lying-down pasta's that are jumping around. Therefor we see these preferred upright pasta's states mainly/only near the wall where they are stable and kept from falling over when hit by a bouncing pasta piece from the middle.

This would be my best guess on an explanation here.

Not the answer you're looking for? Browse other questions tagged thermodynamics fluid-dynamics everyday-life or ask your own question.

4
Boiling Pasta resulting in a Torus like shape?
0
Temperature change: boiling pasta in a lot of water or a little
7
Why does penne pasta go into rigatoni during cooking?
3
What actually makes boiling happen?
24
Freeze water in red-hot container
4
Why do (short) strands of hair keep a horizontal position while falling?
3
mysterious waves while boiling water
9
Why do bubbles initially stick to the side or the bottom of a glass while boiling?
1
What causes this phenomenon when boiling water?