How can the characteristic length of flows also be a measure of a fluid element?

This is how Wikipedia derives Reynolds number:

Here $V$ is said to be the "volume of the fluid element". But in the derivation Wikipedia provides no context as to where this fluid element is located or what kind of flow we are talking about.

Let's say we were talking about airflow around a wing: 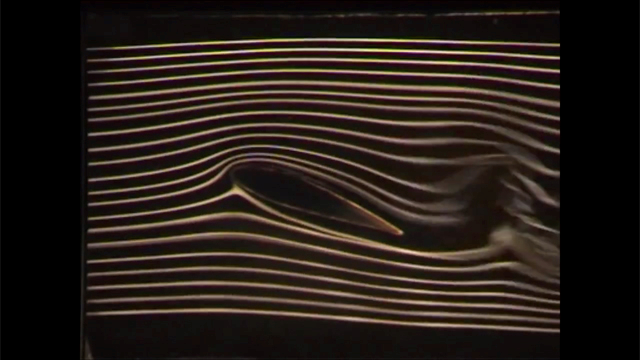 Those scale-estimations are an art in itself, and more so a dangerous one. The volume or scale of arbitrary fluid elements should have nothing to do with the scale you plug in. Only lazy, unreflected fluid dynamics teachers will give you those explanations.

One finds in many books nonsensical values plugged into the formulas, by many physicists justified with the argument "Well, the system has only one scale, so the characteristic one must be the system scale!".

This is not justified in my viewpoint. And you have brought up an example that shines light on this: The pipe, with the characheristic length and the diameter being set to $L=d$. What happens now if we double the pipe diameter? Stretch it to infinity? Will the turbulence magically disappear? Surely not.

Other nonsensical exercises asked to be solved by students are sometimes of the form "estimate the Reynolds number of a Penguin jumping into water", with no data given. One then supposedly should take the length of the Penguin as length scale, because no other length scale is given in the problem.

Remember, that the Reynolds number as ratio of inertial to viscous forces would more properly be estimated as $$Re=\frac{|(\vec u \cdot \vec \nabla)\vec u|}{|\nu \Delta \vec u|} $$ This is important, because traditionally from here people estimate $du/dx \approx u/x$, which can be wrong by any number of order of magnitude, as in general the derivative of a function has nothing to do with its value. Why the approach still often works is for two reasons:

Now if we need the solution already in order to compute a Re, then how do we use it? Take the $u/L$ as $\Delta v/\Delta x$, i.e. by how much the velocity changes over which length before becoming constant background. In your example picture that would be the thickness of the boundary layer around the wing. And the same would go for the penguin.

This is also where boundary conditions come into play in estimating a critical Re, which is often done for checking when turbulence occurs. The often-quoted critical Reynolds number of $Re_{\rm crit}\approx 2000$ comes from pipe-experiments. Those experiments have a particular velocity structure (the famous parabola, with max velocity at the middle) and therefore very specific values for $|(\vec u \cdot \vec \nabla)\vec u|$ and $|\nu \Delta \vec u|$, which is not generally true for other turbulent flow solutions. So great caution is needed also when using critical Reynolds numbers.

So, to sum it all up:
Choose the characteristic length for your estimation as the length over which velocity gradients (or pressure gradients, etc.) exist. You need the solution of the fluid equations for this. Without a solution, the scale estimations are arbitrary (i.e. unphysical nonsense), as seen with the penguin or the infinitely large pipe.

1
Centripetal forces acting on fluid flow in a bent pipe?
0
What is actually the characteristic length in fluid dynamics description?
2
Friction loss in a vertical pipe flow
2
Does this make any sense? Ohms law applied to laminar liquid fluid flow in pipes
4
How fast does liquid rise in a capillary tube?
2
Unclear assumption in deriving fluid energy conservation laws
1
How do I calculate Reynold's number for a non-newtonian fluid?
0
Question on Reynolds number using Newton's definition of inertial force and how to obtain the common expression for Reynolds number?