How to explain the isotropic nature of pressure? 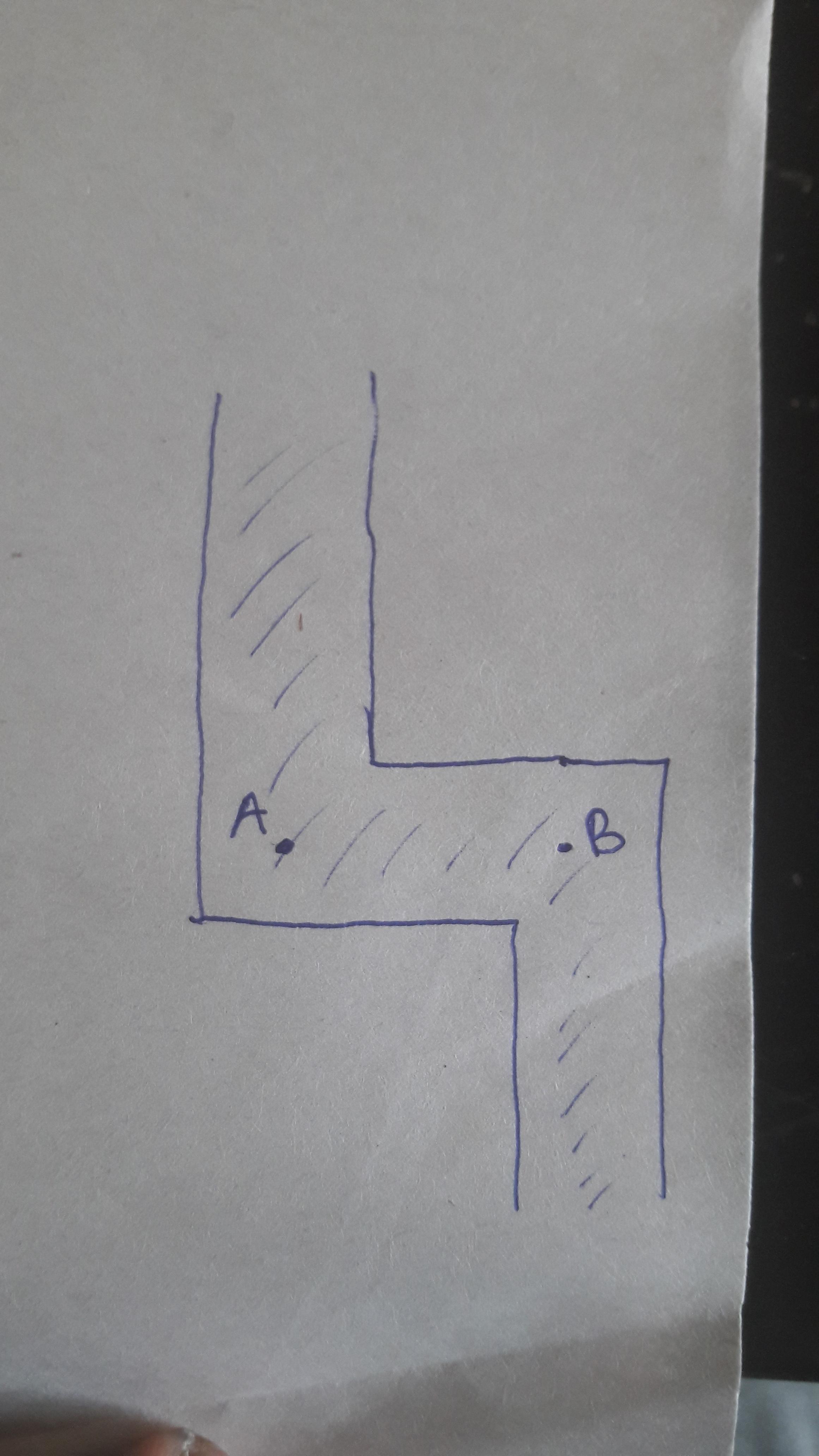 Shown in figure is a pipe in which a fluid is static. The pressure at A is equal to pressure at B since it is at the same level and pressure is isotropic.

How can the pressure at B be defined in such a manner ? [It doesn't make sense to say that the same definition may be taken for B when a vertical column similar to A is not to be found directly above B.][What I am talking about is how would the orientation of thrust and the cross sectional area be ?]

In other words, how can the isotropic nature of pressure be explained considering the definition of pressure as thrust (Not force) /unit area ?

Wikipedia: Pressure  (symbol $p$ or $P$) is the force applied perpendicular to the surface of an object per unit area

So direction of the force caused by pressure is determined by surface orientation.

If pressures at A and B were different, horizontal pressure force would be pushing fluid from higher pressure to lower one to equalise the pressure.

Pressure is not a force and it has no direction.

Yes, it can be said it is a thrust downwards on a given area. Or upwards. Or leftwards. Or right/front/rear/any direction-wards.

Pressure can be defined by 2 ways:

Acceleration $\vec a$ of a fluid element is

where $\vec g$ is gravity acceleration and the second term is pressure gradient divided by fluid density.

If pressures at A and B ( on the same horizontal level) were different, then fluid would flow horizontally until they were the same, as the net force acting on thought fluid segment would be nonzero and horizontal.

Hurricanes are attempts to equalise horizontal pressure gradients, turned to circular motion by the Coriolis force. If the Earth had not rotate, they would not have existed, nor the pressure highs and lows, and gradients would have been cancelled quickly.

In real cases, it is usually combination of above.

Not the answer you're looking for? Browse other questions tagged forces pressure fluid-statics or ask your own question.

5
What is the meaning of pressure of a solid?
6
Why don't forces on two surfaces of a fluid need to balance?
0
Relation between pressure and velocity of a fluid
4
Atmospheric Pressure inside a closed room
0
Fluid Mechanics: How does flowing fluid have pressure in it?
0
How would pressure in a blob of water not subjected to any force field behave?
1
Pressure: Measurement vs Definition?
0
How do I calculate the pressure $p_0$ on top of the water reservoir?
17
Why does atmospheric pressure act on us?
1
Difference between Pressure and Pressure Energy in fluids