Why does the shadow of Io on Jupiter look so big?

It has been reported this week[0] that the following image by Kevin Gill is the shadow of Io crossing Jupiter. 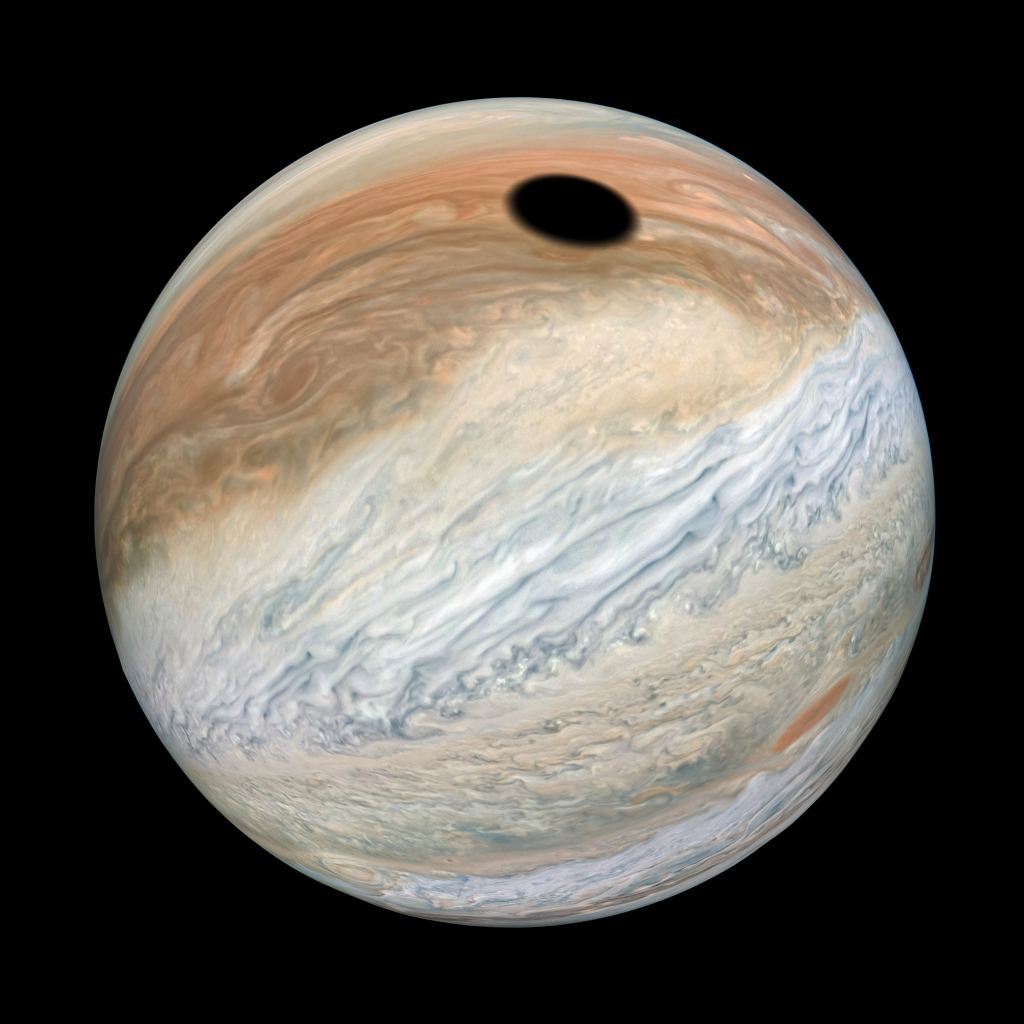 Why is the shadow so large? My intuition is that Io is much smaller than Jupiter so should cast only a small shadow, considering the distance of the light source. Earth’s moon orbits at a similar distance as Io orbits Jupiter, and our moon does not cast such a large shadow on Earth. The shadow in the image would be several times the width of Earth.

The image also looks “off” to me - somehow different from pictures of Jupiter that I’m used to - as though an image of a small patch has been stretched over a sphere. Is this just my imagination?

The image is taken by Juno at a distance of 8000 km. That's very close. The distance to the center of Jupiter would be about 78000 km. We can use that to calculate the angular size of the planet to an observer at that distance.

Given that, the planet looks nothing like the more distant images from Hubble or Voyager. It must be quite distorted.

It's easier to get perspective if you can see more. 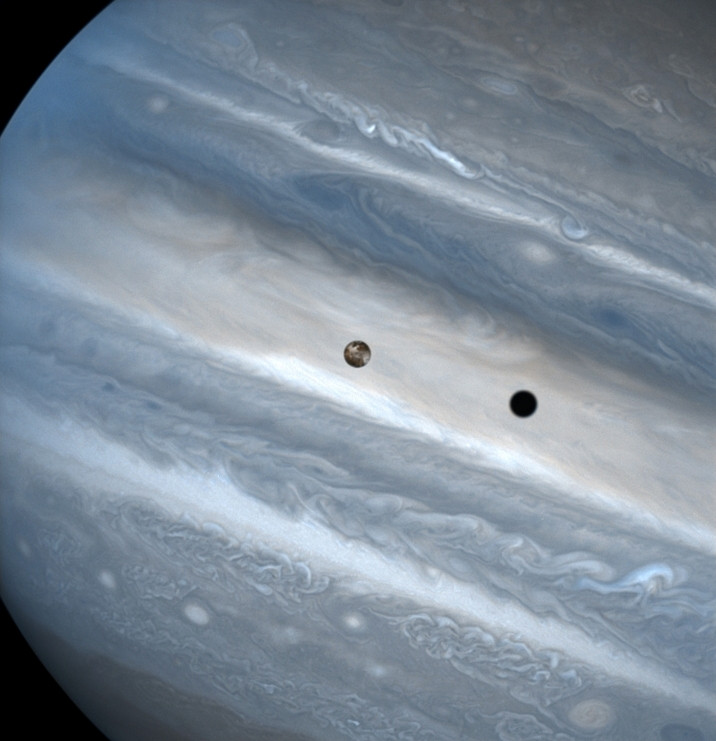 On January 24 2015 the Hubble wide field camera 3 took a series of photographs of some of Jupiter's moons and their shadows: 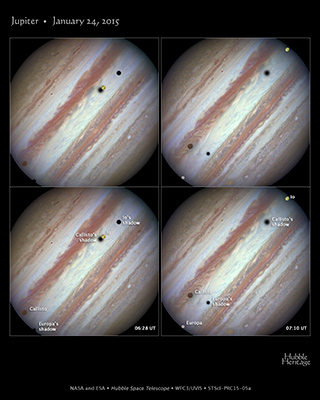 "The Hubble image on the left (unlabeled at top left, labeled at bottom left) shows the beginning of the event, which took place on January 24, 2015. From left to right the moons Callisto and Io are above Jupiter's cloud tops. The shadows from Europa (not seen in the image), Callisto, and Io are strung out from left to right.

Near the end of the event, approximately 42 minutes later (right-side image), Europa has entered the frame at lower left. Slower-moving Callisto is above and to the right of Europa. Fastest-moving Io is approaching the eastern limb of the planet; its shadow is no longer visible on Jupiter. Europa's shadow is toward the left side of the image, and Callisto's shadow to the right. (The moons' orbital velocities are proportionally slower with increasing distance from the planet.) ... The farther away a moon is from the planet, the softer the shadow, because the shadow is more spread out across the disk.". 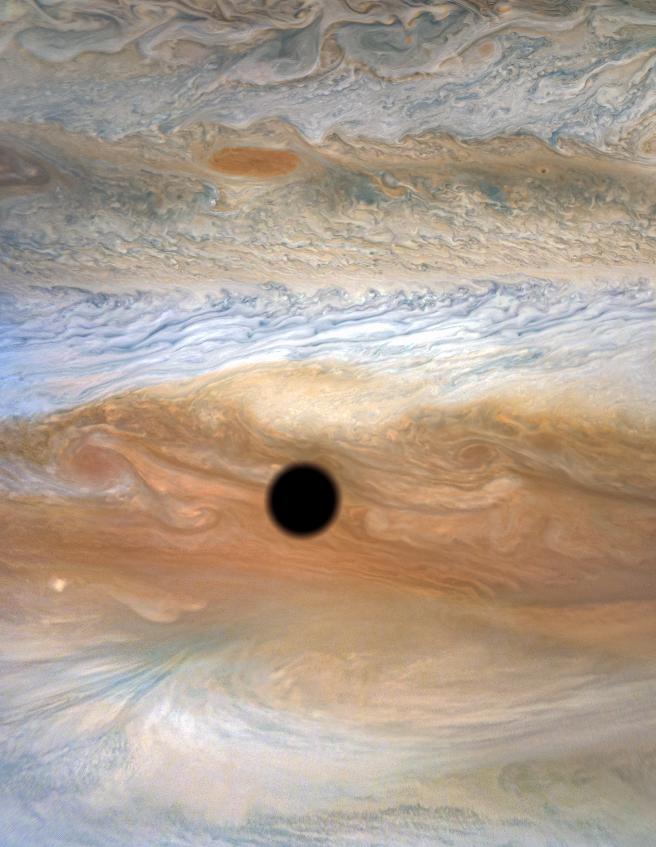 Same data, different processing. Yes, you can say it's "off" or that the perspective is odd.

It looks overly large because its a closeup. The round shape of the photo makes you think you are seeing all of Jupiter but it is not. Its more like a view through a lens or fisheye, its rather misleading.

Not the answer you're looking for? Browse other questions tagged optics astronomy eclipse jupiter or ask your own question.

5
Shadow of a Jovian moon over the Great Red Spot
20
Why is Jupiter so sharply defined?
2
Combined Gravitational Force Vectors in a Spherical Coordinate System
1
Does solar eclipse have impact over increase of earth's temperature?
0
Could aliens observe Curiosity, the rover?
1
Does a crescent moon cause (very faint) shadow bands?
2
Actual Jupiter seen from the place, will it looks like on the pictures?
2
Why does the red light from Sun bend towards the moon during the total lunar eclipse?
18
On the Rømer experiments and the speed of light