Three dimensional visualization of a qutrit

My question is in reference to the paper "Three dimensional visualization of a qutrit"(https://arxiv.org/abs/1601.07361). The author's start with a symmetric two qubit density matrix written in the form $\rho = \frac{1}{4}\left(I\otimes I +\sum_{j}(a_j\sigma_j\otimes I + a_jI\otimes \sigma_j)+ \sum_{j,k}T_{jk}\sigma_j\otimes\sigma_k\right) $, $(j,k=x,y,z)$ where the $I$ is the $2X2$ identity matrix and $\sigma_j$'s are the familiar pauli matrices. The two qubit density matrix is therefore a $4X4$ density matrix. After which the author's go on define some two qubit operators as follows: 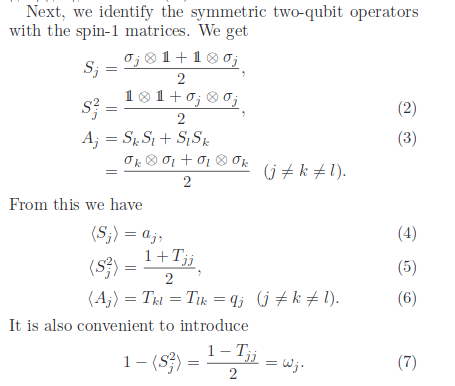 And then they choose an alternate representation of $3X3$ spin-1 operators in order to express the $4X4$ two qubit density matrix as a $3X3$ density matrix by expressing the above operators in a "$3\oplus 1$ block form" as mentioned in the screenshot below. This might be something trivial or I might be missing something obvious but I fail to understand the transition from the $4X4$ form to the $3X3$ form. Really appreciate it if someone can point me in the right direction!! 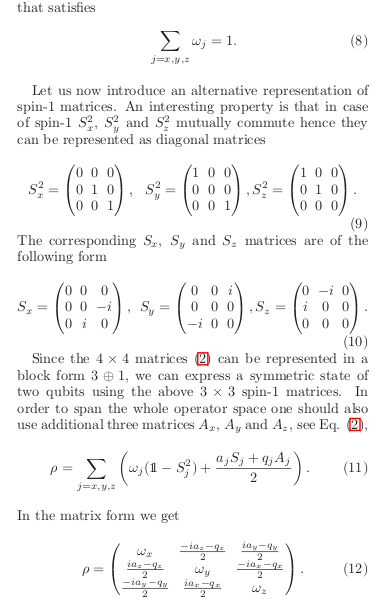