How does the $U(1)$ global symmetry break in the gauged $XY$ model?

I'm studying the particle vortex duality, and I'm confused how we're able to say that in the Coulomb phase, the "hidden" $U(1)$ global magnetic symmetry spontaneously breaks.

In the coulomb phase phase corresponding to $\lambda > 0, \mu > 0$ we have an obvious unbroken $U(1)$ gauge symmetry. However, we say that the $U(1)$ global symmetry is broken, and thus, this phase corresponds to the SSB phase of the global XY model.

I don't see why this is the case, as when I change the variables from $\phi$ to $\sigma$ the Lagrangian still retains the shift symmetry $\sigma \rightarrow \sigma + const.$ modulo 2$\pi$. Thus there's no change in the magnetic current. Where am I going wrong in this reasoning?

Sponteneous symmetry breaking occurs when the ground state has a different (reduced) symmetry from the Hamiltonian/Lagrangian. So $\mathcal{L}$ retains the $U(1)$ or shift symmetry, but you have to look at whether or not the ground state also does.

The "gauged $XY$" model is also called the Abelian-Higgs model.

The first is the usual $U(1)$ gauge symmetry associated with $\phi \rightarrow e^{\mathrm{i}\varphi}\phi$. Making this a local symmetry introduces the coupling to the gauge field $\alpha_\mu$ (in your gauge covariant derivative $\mathcal{D}_\mu$).

Another $U(1)$ symmetry is identified (only because we are in $2+1$ dimensions) that does not depend on the metric $g_{\mu\nu}$ and is hence distinctly topological, of the Chern-Simons type of topological field theories. 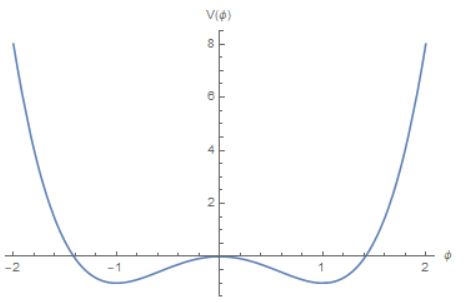 The gauge $U(1)$ symmetry is spontaneously broken so that $\phi$ gains an expectation value $\langle \phi \rangle \neq 0$, and you have to re-write your Lagrangian (density) as per the Higgs mechanism $\phi \rightarrow \phi_0 + \tilde{\phi}$. This results in the "would-be" Goldstone boson to be eaten up by the gauge field $\alpha_\mu$ giving mass $m$ to the photon. Because the photon is massive, excitations (creating photons) are now gapped as they cost an energy $\propto m$.

The massive photon $\alpha_\mu$ has $2$ degrees of freedom (two polarisations), end of story.

Hence, the photon $\alpha_\mu$ remains massless, resulting in an additional redundancy (on top of the gauge condition) which reduces the degrees of freedom from $2$ to $1$.

So your photon $\alpha_\mu$ can be described by a scalar field $\sigma$, known as the dual photon.

Let's treat this as a scalar field like we treated $\phi$ earlier. Its "potential" $V(\sigma) = 0$, and again the ground state of $\sigma$ corresponds to a specific choice on this potential.

The original topological $U(1)$ symmetry has become the freedom to translate $\sigma \rightarrow \sigma + \mathrm{const}$, technically $\mathrm{mod}\,2\pi$ as per the Dirac quantisation condition.

Breaking this topological $U(1)$ symmetry corresponds to choosing a specific value for $\sigma$.

Not the answer you're looking for? Browse other questions tagged field-theory symmetry-breaking vortex duality solitons or ask your own question.

28
What role does “spontaneously symmetry breaking” played in the “Higgs Mechanism”?
4
Why do the conserved charges in the case of SSB of a global symmetry not exist?
7
Global $U(1)$ symmetry of 2+1D Abelian-Higgs Model
5
Why did David Tong say that the global topological $U(1)$ symmetry is unbroken in Higgs phase?
4
Charge-Vortex Duality for Bosons