Given a parallel plates capacitor with two dielectric as shown here: 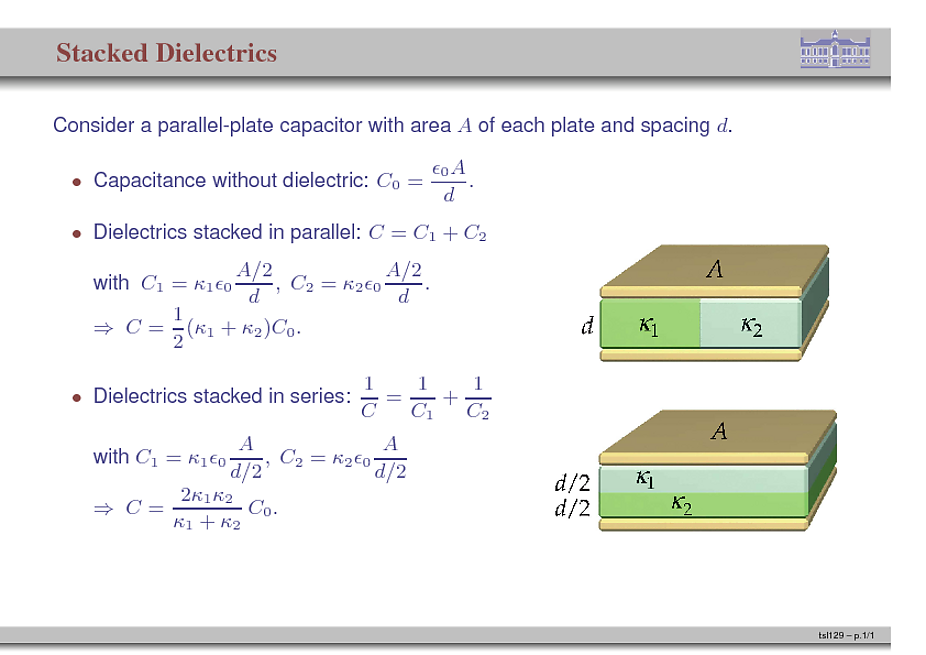 The logical fallacy in that reasoning is the assumption that σ, the surface charge density along the capacitor's plate, is the same in both expressions for the field. That cannot be justified by the fact that the expression given above is "usually stated" that way, since that statement assumes a continuous medium.

In this geometry, it's the field that is constant (homogeneous) throughout, while the charge density is discontinuous at the triple junction. That discontinuity is compensated by the difference in polarization of the two dielectrics.

That the field is homogeneous can be explained with symmetry arguments.

Far from the interface between the two media, it's the same translational symmetry as for the regular (infinite) parallel-plate capacitor. The potential thus varies linearly with distance, from its value on one of the plates to its value on the other, and the field, its gradient, is constant all the way and perpendicular to the parallel plates.

Close to the interface, this must still hold as there is also a (top-to-bottom) mirror symmetry in this particular geometry. Which means the field cannot vary one way or the other (from its constant value at infinity) as that would flip the sign of that deviation, even though everything else stays the same.

It it weren't so, like when the interface isn't perpendicular to the plates, that mirror symmetry would break and the field is no longer homogeneous throughout, but would in fact diverge near one of the two triple junctions.

This arrangement is no different than having two separate capacitors connected in parallel with the capacitor plates having the same separation and surface area but with different dielectrics.

Not the answer you're looking for? Browse other questions tagged capacitance boundary-conditions dielectric or ask your own question.

8
Electric field intensity in a dielectric inside a capacitor