In atomic physics, the spin-orbit is a small correction between 1/1000 and 10ppm, so fairly small. In contrast, in nuclear physics the inclusion of the spin-orbit interaction is necessary to reproduce the basic level scheme, see picture below (from Kenneth Krane, Introductory Nuclear physics). Why is that?

I imagine it has to do with the $r$-dependence: In a semi-classical calculation, the energy correction due to the spin-orbit interaction has a $1/r^3$ dependency. However, I have only seen this calculation for the atomic case and not for the nuclear one. 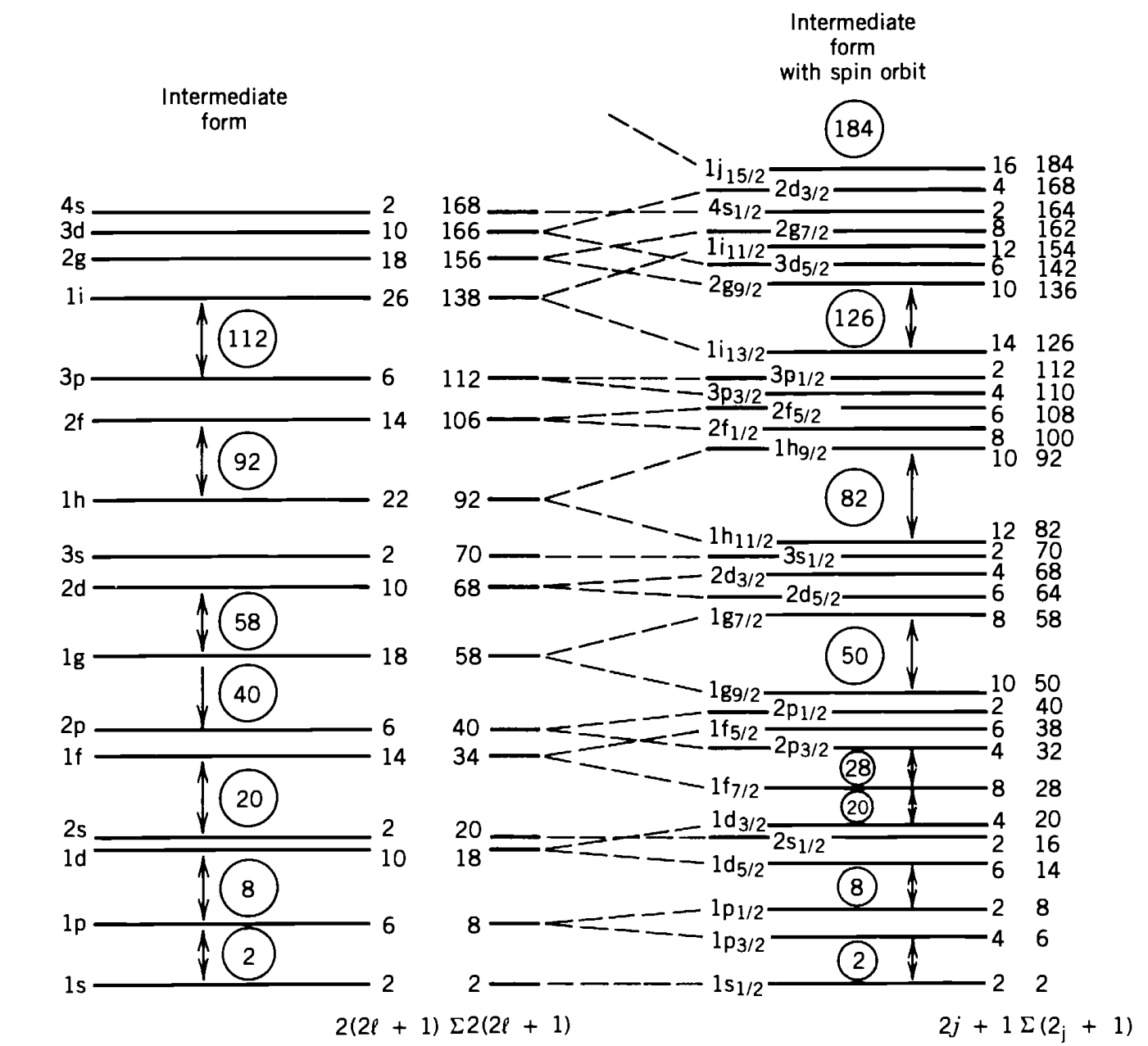 Another more mathematical point of view is that considering a series expansion of all the forces involved, the spin-orbit-interaction is a higher order term and thus scales with $\nabla^n F$. Since $F$ is much more close-ranged for the nucleus, $\nabla^n F$ is much higher and contributes more strongly.

Not the answer you're looking for? Browse other questions tagged quantum-mechanics nuclear-physics atomic-physics potential or ask your own question.

3
Total angular momentum of deuteron
0
Collision of a heavy charged particle with an electron at rest - Deduction
1
Sub-structure of hyperfine levels
1
Confusion about how quantum operators can be expressed
12
The spin-orbit interaction for a classical magnetic dipole moving in an electric field
1
Possible spins and parities of $^{38}_{17}Cl$
1
Nuclear binding energy and mass defect
0
How should a *good* nuclear theory explains spin-orbit coupling?
1
Positive binding energy shenanigans