Why do tensions cancel out in some places but not others? 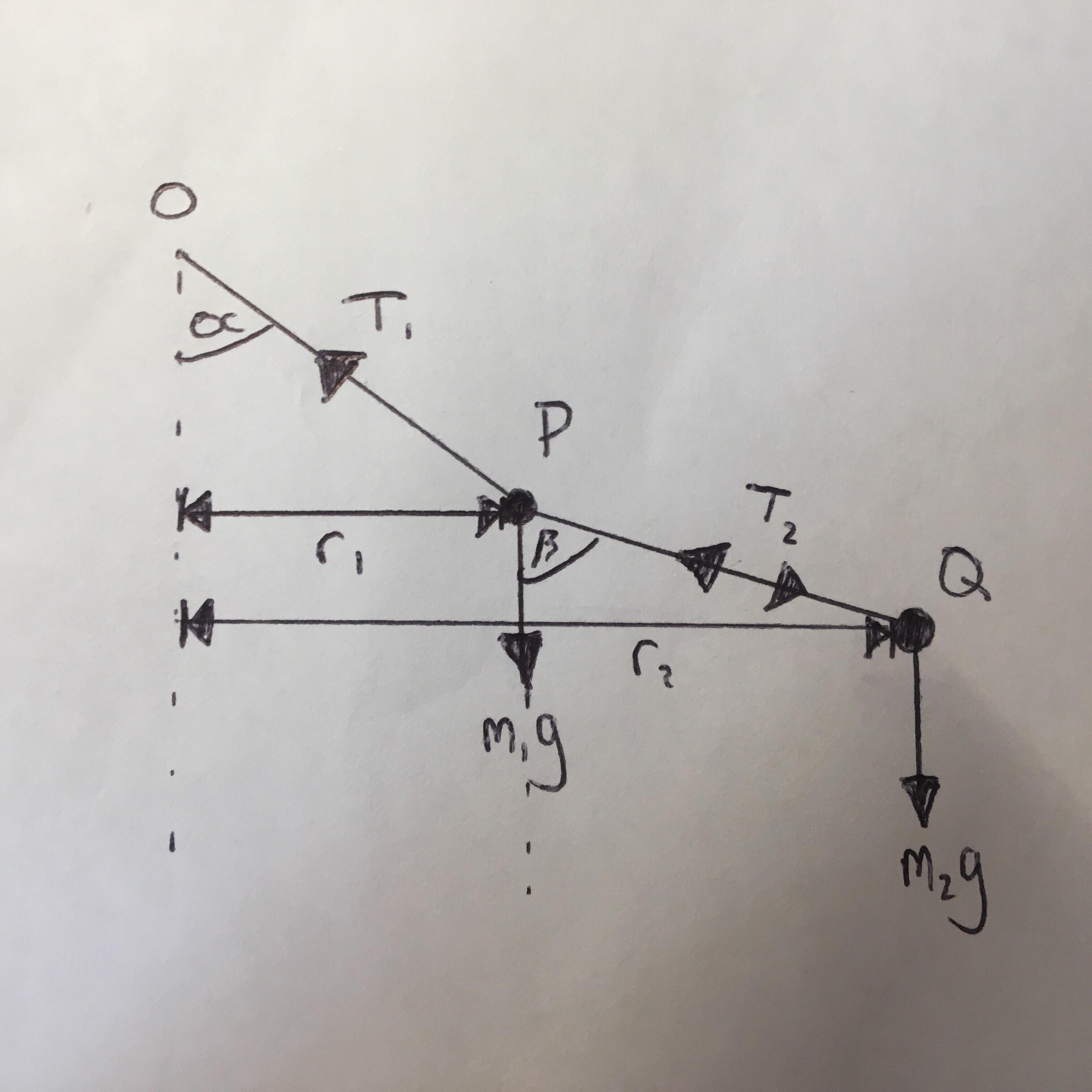 If I consider the whole system and consider the forces acting on the vertical plane I believe I get something like this: 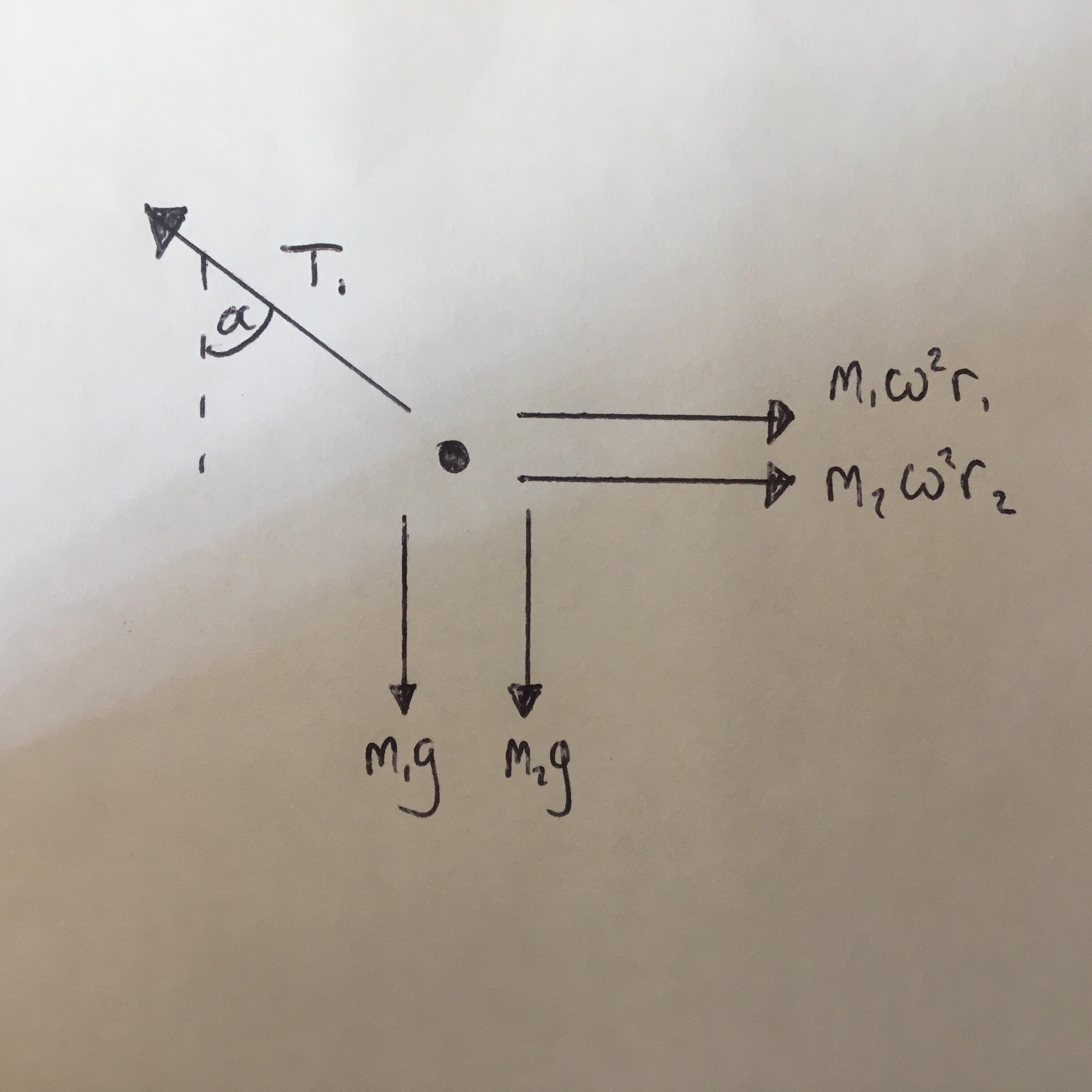 First of all, you must be precise with your system. I am assuming you are interested in knowing the forces acting on particle P, then forces on particle P are a)gravity downwards b)Both tensions T1 and T2 c)D'lemberts force axially outward on particle P. Don't confuse with tension T2. It pulls particle P towards right and particle Q towards left side. If you are selecting particle P as your system then there is no need to consider the tension with which particle P is pulling the string(which is just opposite to the tension with which string is pulling P). Just consider the external forces acting on the system, ignore all forces including which system may be applying to outside.

Not the answer you're looking for? Browse other questions tagged newtonian-mechanics classical-mechanics rotational-dynamics or ask your own question.

0
Why doesn't the string slack in the motion in a vertical circle even if tension is zero?
0
Question on the constraint force of a string
0
Tension in string and light rod in vertical circle
0
Do contact forces cancel out?
1
Finding minimum angular velocity of an object attached to two inextensible strings
0
When calculating centripetal force, do we ignore non-radial or tangential forces