Why does Newton's first law create two different answers to this question?

I have been having some difficulty with a recent question. Take the following pulley system:

The three blocks have masses $M$, $m_1$, and $m_2$. All are subjected to a gravitational force $g$. The pulley and string are of negligible mass, and all surfaces are frictionless. The problem is (to paraphrase):

I asked my teacher about this problem to determine where my error occurred, and his reasoning was as follows: As with the earlier reasoning, $a=g\frac{m_1}{m_2}$. Since $M$, $m_1$, and $m_2$ are motionless relative to each other, we can treat the three as a single system and ignore internal forces:

Both lines of reasoning are compelling, so my overall question is this: Which of these two answers is correct, and how is the other answer incorrect?

You have made a mistake in the equation $$F=(M+m_1)a$$ You have missed the fact that the tension is also works on M. 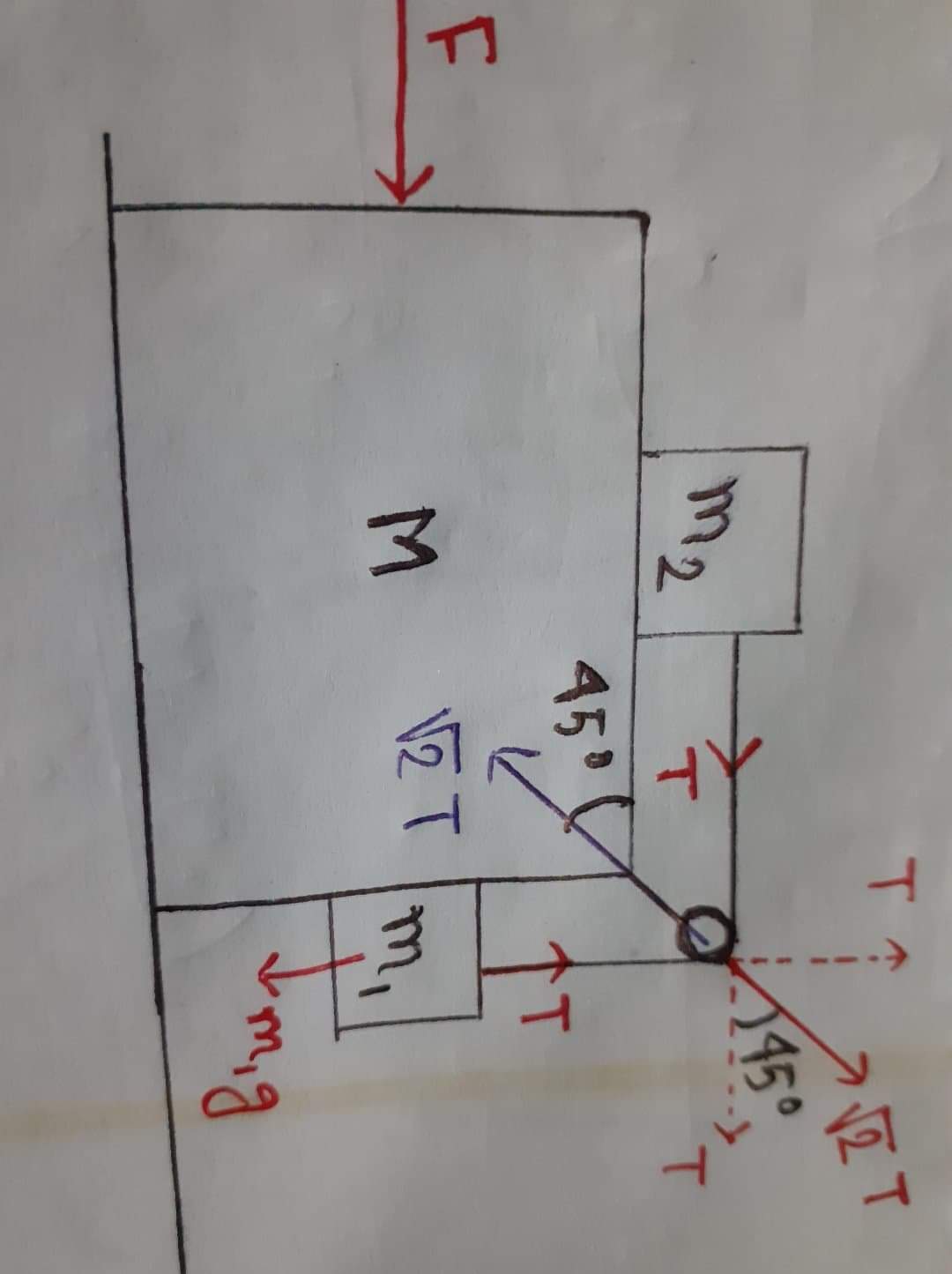 ! The sum of the two tensions add up and produce a force on the pulley. However, as the pulley is(should be) massless, the block M experiences a opposite force, which has a horizontal component of $$T√2*cos45° = T$$ So the equation should be $$F-T=(M+m_1)a$$ which then gives same answer as your teacher.

The first approach is indeed valid and should have given you the correct answer. I just used that approach and got it correct, so you must have made a mistake.

Without seeing your work I can only guess what the mistake would be. However, the most likely guess is that you forgot to include the force from the pulley on the free body diagram for M.

9
Why does the tension on the pulley in an Atwood machine not equal $(m_1 + m_2)g$?
0
Can two bodies move with equal acceleration if forces acting on both are unequal?
1
Finding inclined plane acceleration
2
Why doesn't the top block's mass affect the acceleration of the bottom block when they're stacked?
5
Why can we use Newton's second law for a massless pulley in this problem?
1
Net force on a mass when a string (massless) is cut