Will the rods rotate about the hinge after collision? 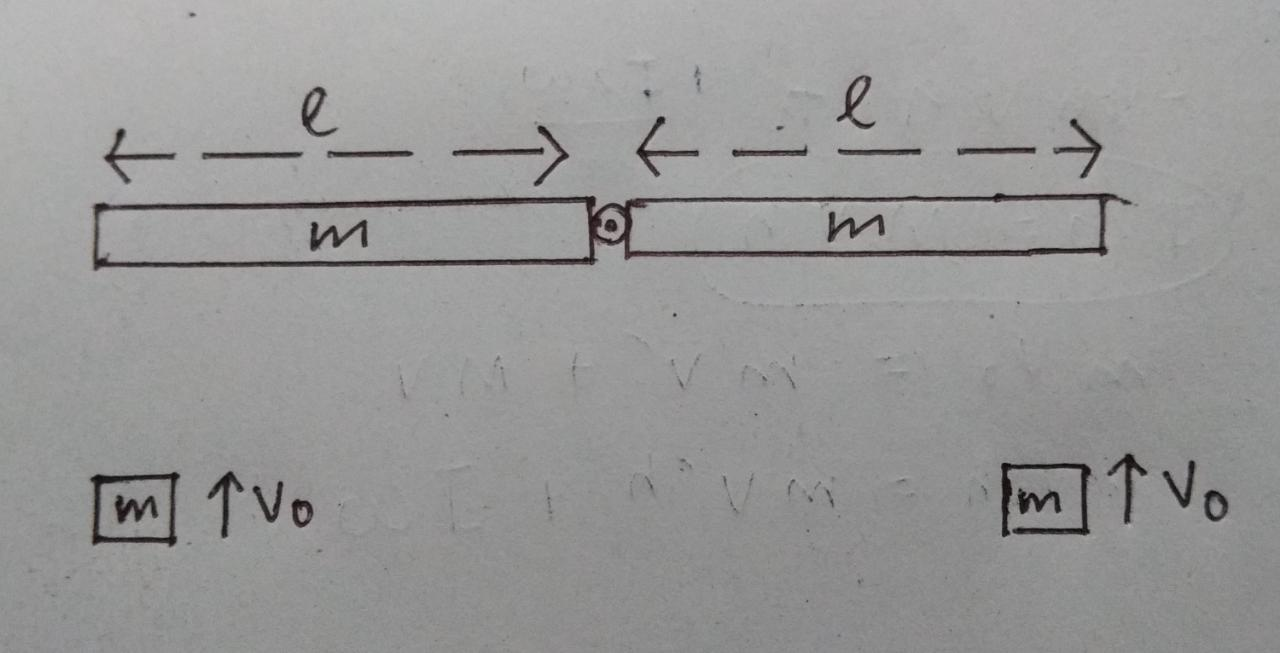 The problem is like this: two blocks(considered to be point masses) of masses $m$ are simultaneously moving with uniform velocities $v_0$ towards the rods and they hit the edges of rod and stick to it(i.e, perfectly inelastic collision). Each of the rods have a mass $m$(same as the blocks) and have length $l$. They are hinged together in the middle by a friction less hinge. Find the velocity of the hinge just after collision and the angular velocities of the rods about the hinge.

Let the vel. of the hinge after collision be $v$. Then by conservation of linear momentum, $$mv_0 + mv_0 = 4mv \Rightarrow v= v_0/2$$ Note: I believe that the centre of mass of the system(two rods and the blocks sticked to them) is at the hinge just after collision. 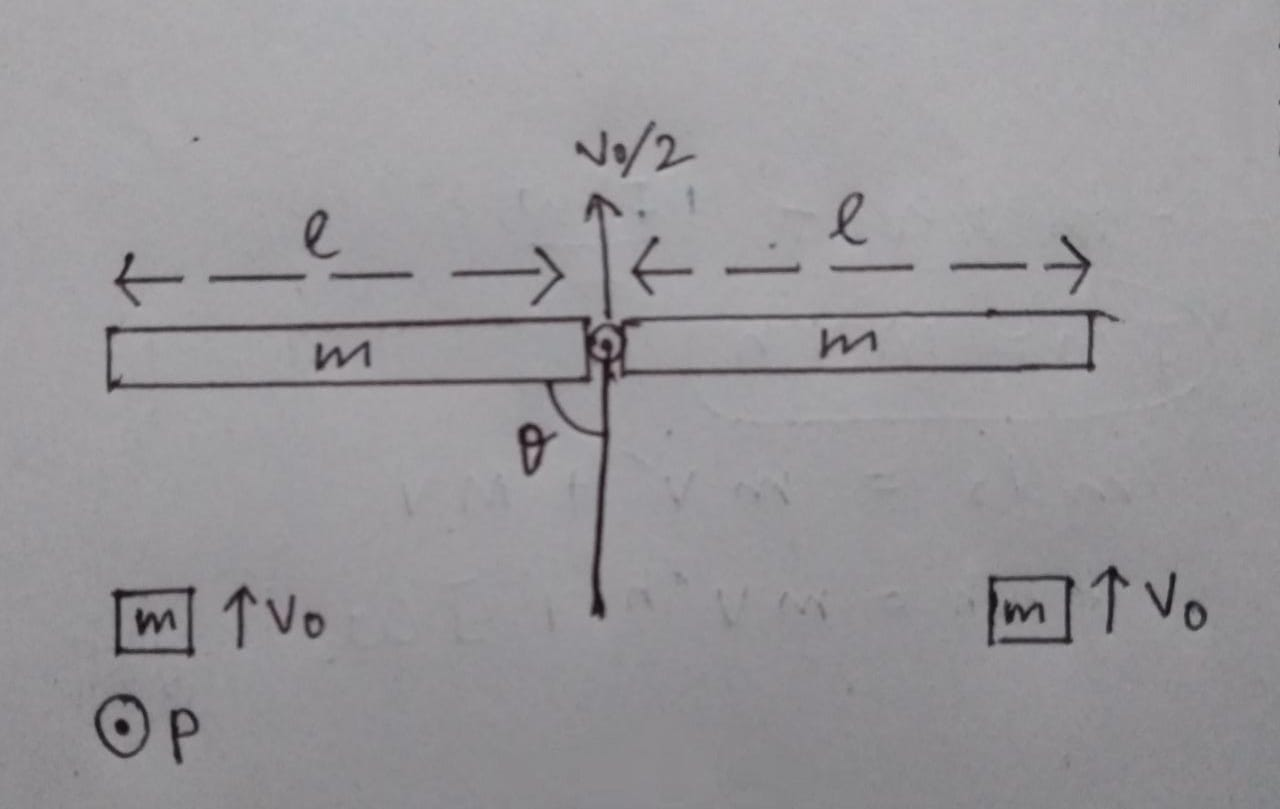 So, according to my equations, the angular velocity is zero. Are my calculations oK? Or am I missing something?

Qualitatively this is what I see happening.

The total angular momentum of the rods before the collisions was zero as there was no rotation of the two rods as a whole, or of either rod individually about the hinge. Neither do the rods have any initial linear momentum.

Each of the individual masses has a torque about the hinge. But they are equal in magnitude and opposite in direction for a net angular momentum of zero. But each has linear momentum.

Not the answer you're looking for? Browse other questions tagged newtonian-mechanics classical-mechanics angular-momentum rotational-dynamics momentum or ask your own question.