How is 0th law of thermodynamics possible?

I have tried to follow your sequence. It was not clear to me from the description if at the end you were bringing B together with C before or after they each were each in contact with A. But it turned out not to matter as either way heat will flow from C to B. If I followed you correctly, the sequences are as shown in the diagram below. The equilibrium temperatures you assigned to B and C after initial contact with A assumes they have the same mass and specific heat as A.

The thing is I don't see that your description has anything to do with the Zeroth Law of thermodynamics, which states:

For a detailed discussion of the Zeroth Law see

Thanks for the answer! What I meant to ask was: after the first two steps, B and C were in thermal equilibrium with A but they were not in equilibrium with each other. Isn't this against the 0th law?

But there is no reason why they should be. Neither B nor C were initially in thermal equilibrium with A. 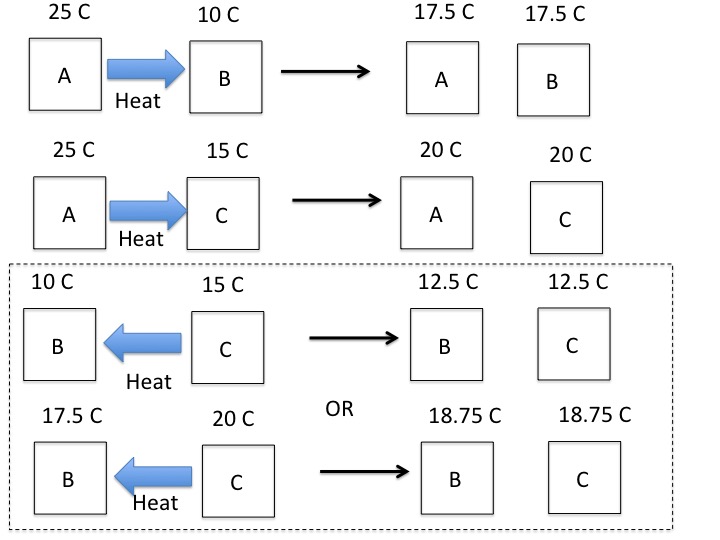 Not the answer you're looking for? Browse other questions tagged thermodynamics energy temperature equilibrium or ask your own question.

0
About Zeroth Law of thermodynamics vs. Geology