A common misunderstanding regarding which path information in a double slit and Mach-Zehnder interferometer? 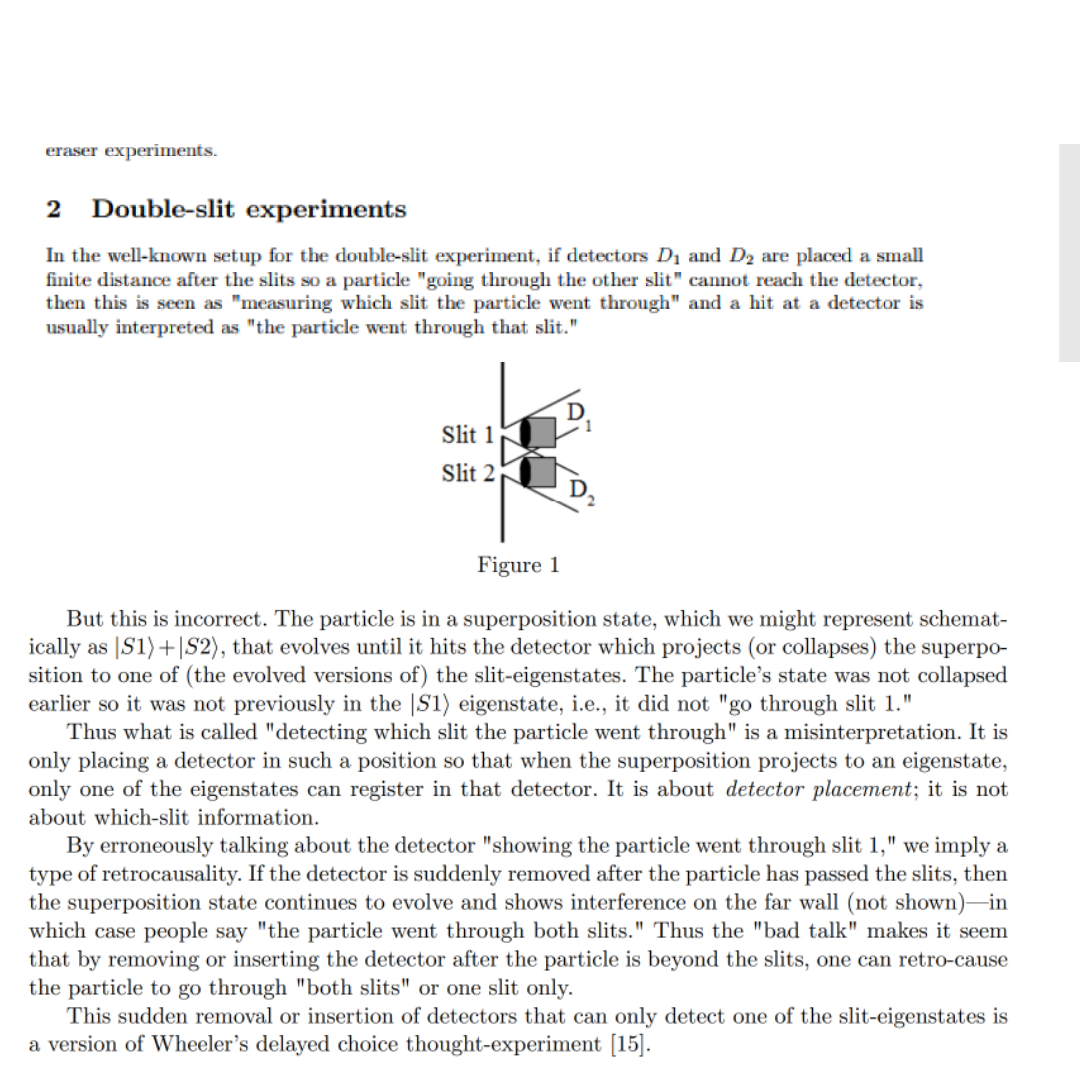 I just can't get my head around this. What does he mean when he says that a hit at one of the detectors doesn't imply that the particle went though a certain path?

He calls this the "separation fallacy" which he claims is common in quantum experiments like this.

I couldn't find any literature on this fallacy except this paper and a few lines on the wikipedia page on the delayed choice quantum eraser.

The separation fallacy, as presented by this author, is simply the idea that a superposition of states cannot be considered as giving those states any reality by themselves. They are not separated enough, precisely because they are superposed, to allow logical articulations such as $OR$ and $AND$ to be used to talk meaningfully about the way they interfere. And when we do so, we assume a classical viewpoint that leads to nonsensical conclusions.

The separation fallacy consists in saying, in the absence of which-path information, that the particle went in $BOTH$ ways at the same time, which supposes that trajectories are meaningful. But a trajectory is a classical concept that does not apply in this case: there is no way to describe the behavior of a particle going through both slits in term of trajectories, and saying $BOTH$ ways means following one trajectory $AND$ also the other one - that's the fallacy. Even though the state is formally a superposition of classical descriptions (the two trajectories), you cannot use these descriptions to make sense of the state.

But this is only part of the point. Even when the particle has been detected at one slit, one still cannot say that it went though that slit! Because, fundamentally, the number of slits does not matter: in the path integral picture, any outcome has a probability computed by taking into account all the possible ways this outcome can come to be. So even a basic straight trajectory from point $A$ to point $B$ is, in the quantum view, the interference of all possible paths taken by the particle.

So in a sense, from a QM perspective it is not more mysterious for a particle to go through both slits than to go through one, and even to just go along a straigh line in the absence of any obstacle. The only difference is that in the latter cases, what we have is compatible with a classical description. So for the first case, we use those classical descriptions, the trajectories, in a semi-classical picture, the superposition, to describe the quantum state. But doing so forces us to keep in mind the notion of trajectory, and this is the fallacy. There are no trajectories - and even when there is a trajectory, well in fact in the QM view there is still no trajectory.

Not the answer you're looking for? Browse other questions tagged quantum-mechanics double-slit-experiment interferometry or ask your own question.