Why is the kettle loud, but the induction hob is quiet

The question: "Why is a kettle loud?" has been asked and answered many times, including on here:

Why is boiling water loud, then quiet?
What is the reason for this pattern of noise in electric kettles?
Thunderf00t: Why is a kettle louder BEFORE it boils?

The answer given is that vapour bubbles are being created at the bottom, then collapsing as they rise into the cooler water. This seems plausible.

However, why is it that my induction hob can boil a cup of water faster than my kettle, and do it almost silently?

I used a spectrum analyser app to measure the sound volume in both cases. As you can see, the kettle is considerably louder. In actual fact, most of the noise of the induction hob is actually electrical noise (presumably to do with the alternating magnetic field turning the pan into a speaker).

The pan had a non-stick coating.

Red lines are the peak during the experiment. Green lines are current sound level when screen shot was taken. 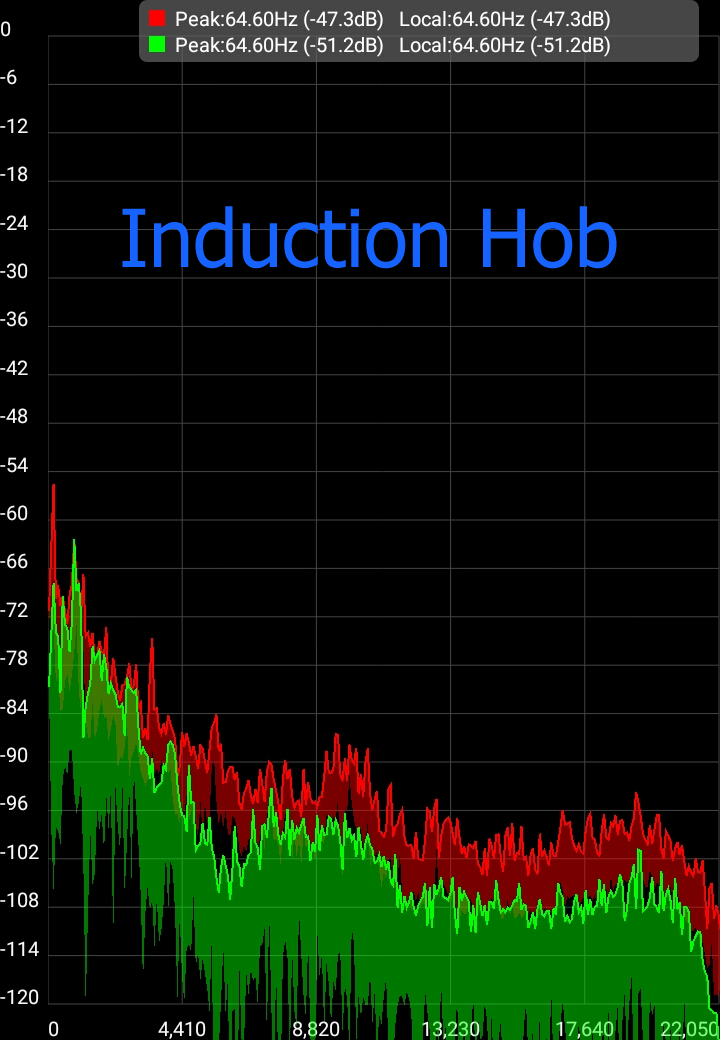 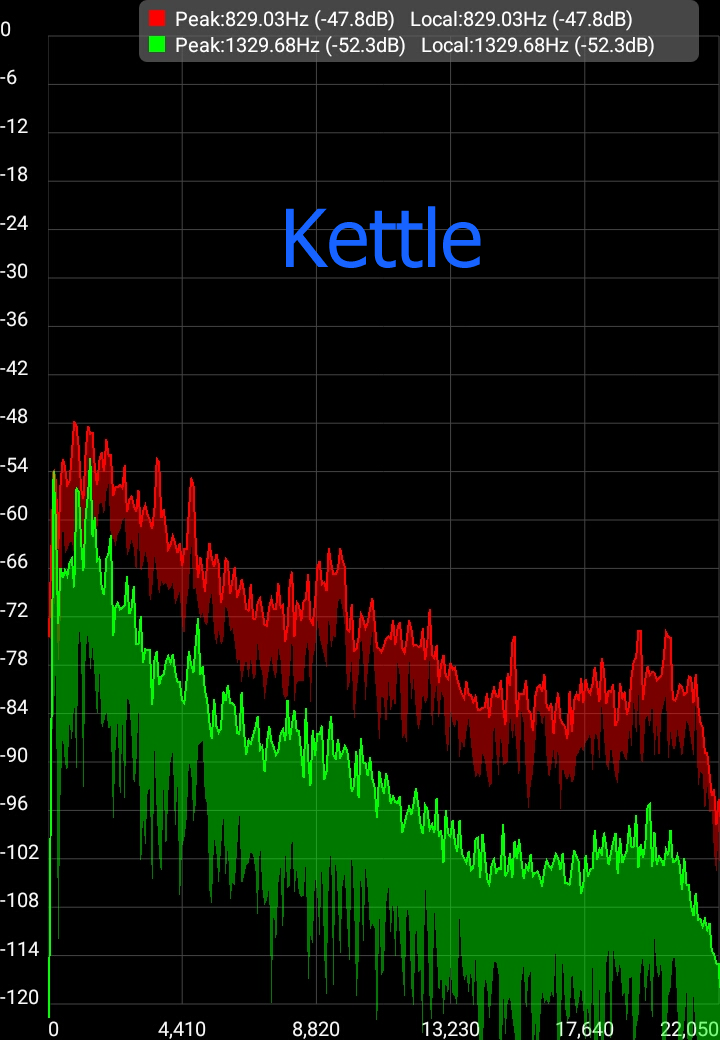 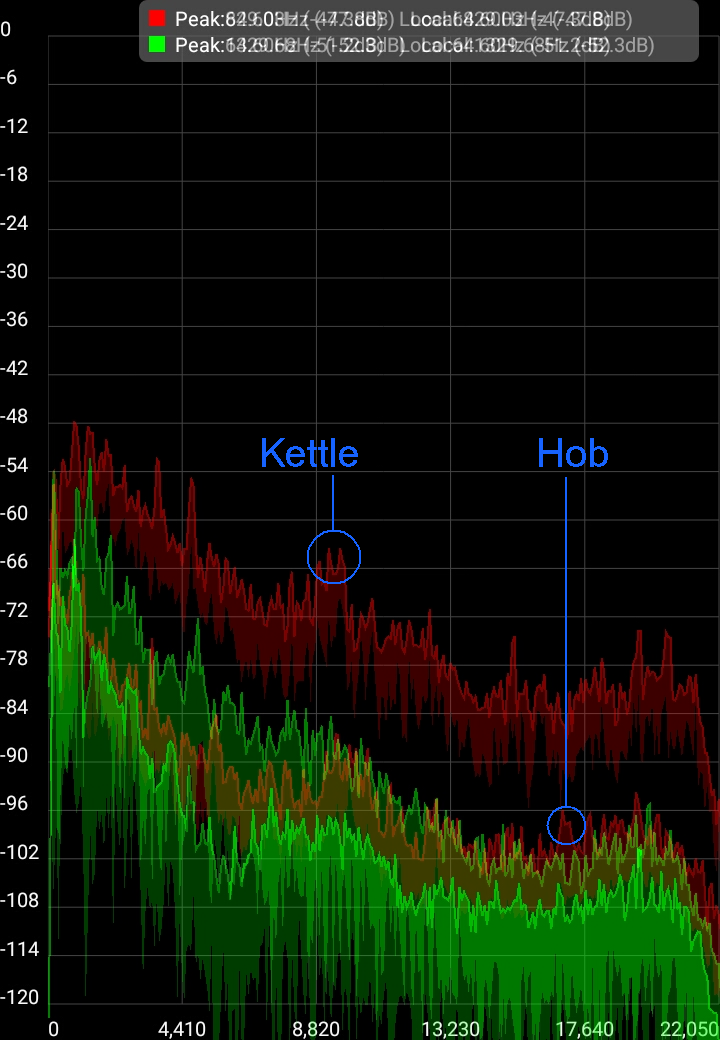 The roar of the kettle which is on the verge of switching into "full rolling boil" mode comes from rapid expansion of vapor explosions at the hot surface of the kettle which briefly protrude into slightly cooler water outside the boundary layer, which quenches the vapor and causes the bubbles to very rapidly collapse.

Each of those individual vapor explosions is nucleated at a pit or scratch in the kettle surface. The capacity of the kettle to make a roar depends on the pit density (pits per unit area) and on their size, where larger pits begin nucleating sooner (i.e., at lower surface temperatures) than smaller pits.

If you deactivate the pits by deaerating them with detergent in the water, or by otherwise removing the stuck air in them which causes them to act as nucleation sites, then you can suppress the roar phase.

A microscopic examination of the surface of the induction hob will probably reveal fewer pits in its surface. This explanation is testable by observing the surface of the immersed hob soon after turning on the electricity to it, because the nucleation pits will first act as exsolvation sites for dissolved air in the water before they act as nucleation sites for the vaporization process. Their presence is hence revealed by the appearance of air bubbles at specific sites on the hot surface.

Not the answer you're looking for? Browse other questions tagged acoustics water or ask your own question.

56
Why is boiling water loud, then quiet?
39
What is the reason for this pattern of noise in electric kettles?

2
the form of a kettle
2
Is my electric kettle collecting old water during the week?
25
Why is boiling water the second time more quiet than boiling it the first time?
1
Does clipping to $m$ guarantee a maximum peak-to-peak amplitude $m$?
8
Why does the human body feel loud music?
2
Why is a single string's vibration very weak but on the other hand, a guitar's string can be very loud?
39
What is the reason for this pattern of noise in electric kettles?