Determining the $z$-component of a force to maintain equilibrium?

I came across this problem in vector mechanics wherein I’m asked to determine the value of $d$ such that the tension in cables $AC$ and $AD$ is half the tension in $AB$.

What I initially did was figure out the forces acting on point $A$ by multiplying the magnitude of the tensions by their respective unit vectors to formulate an system of equilibrium equations. But along the way, it became apparent to me that this may be the wrong approach because the unit vector of the tension in $AB$ will involve a variable, and frankly, I don’t know how to even start solving that.

As a last resort, I tried expressing the tensions $AC$ and $AD$ in terms of tension $AB$ outright, but it gave me a vector with a $z$ component only.

I’m really running out of ideas to try. I also don’t fully grasp the unit vector notation in $AB$ to denote its orientation so that might be the reason why I can’t answer this problem. If anyone could lead me to the right path, I’d really appreciate it. Thank you! 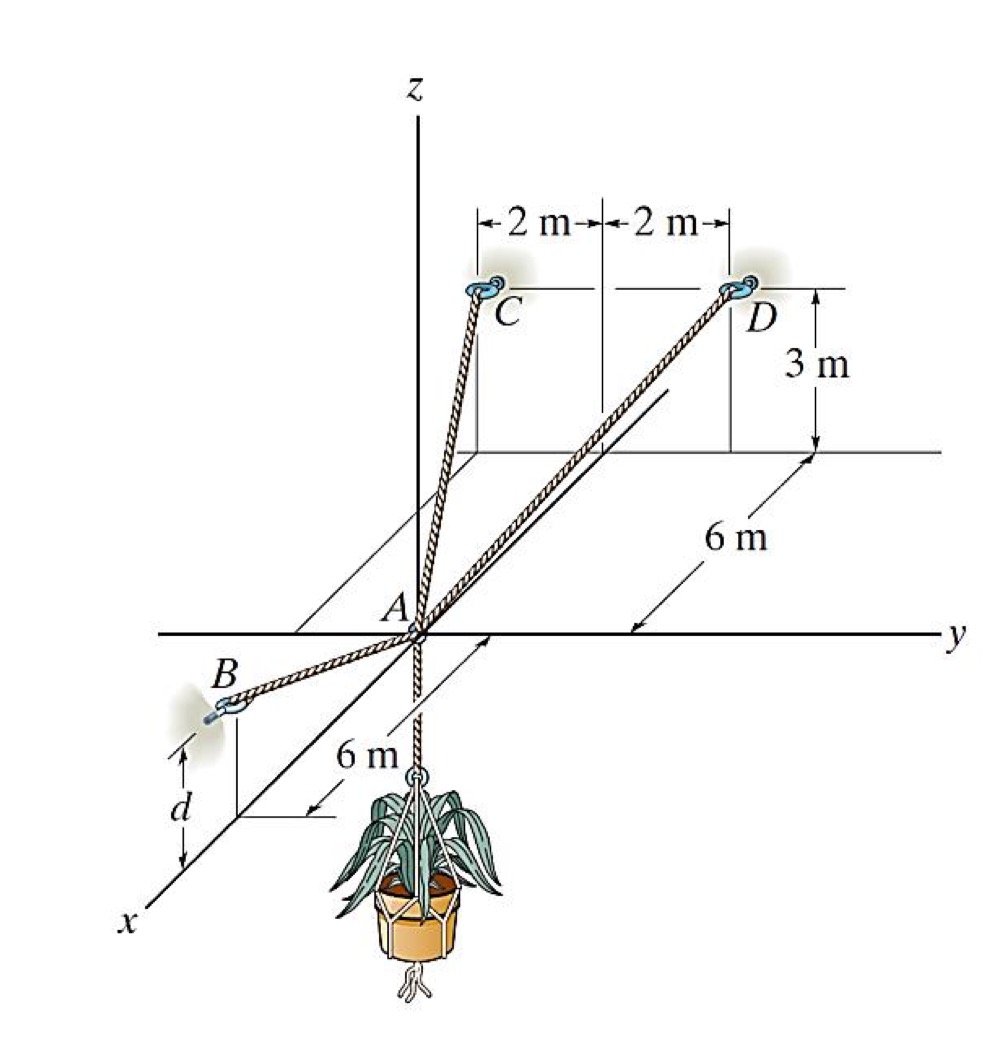 Not the answer you're looking for? Browse other questions tagged homework-and-exercises newtonian-mechanics forces vectors statics or ask your own question.

0
Mass density of a cylinder increasing with the square of the radius
1
Static Equilibrium: Normal Force
1
Will the lighter mass instantly come to rest?