The body moves on a circular path and has both tangential as well as centripetal acceleration. Friction acts outward as shown in figure. If this friction exceeds mv²/r, then shouldn't the body just move outwards instead of moving tangentially. What causes it to move tangentially. (Shouldn't it move along AB instead of AC) 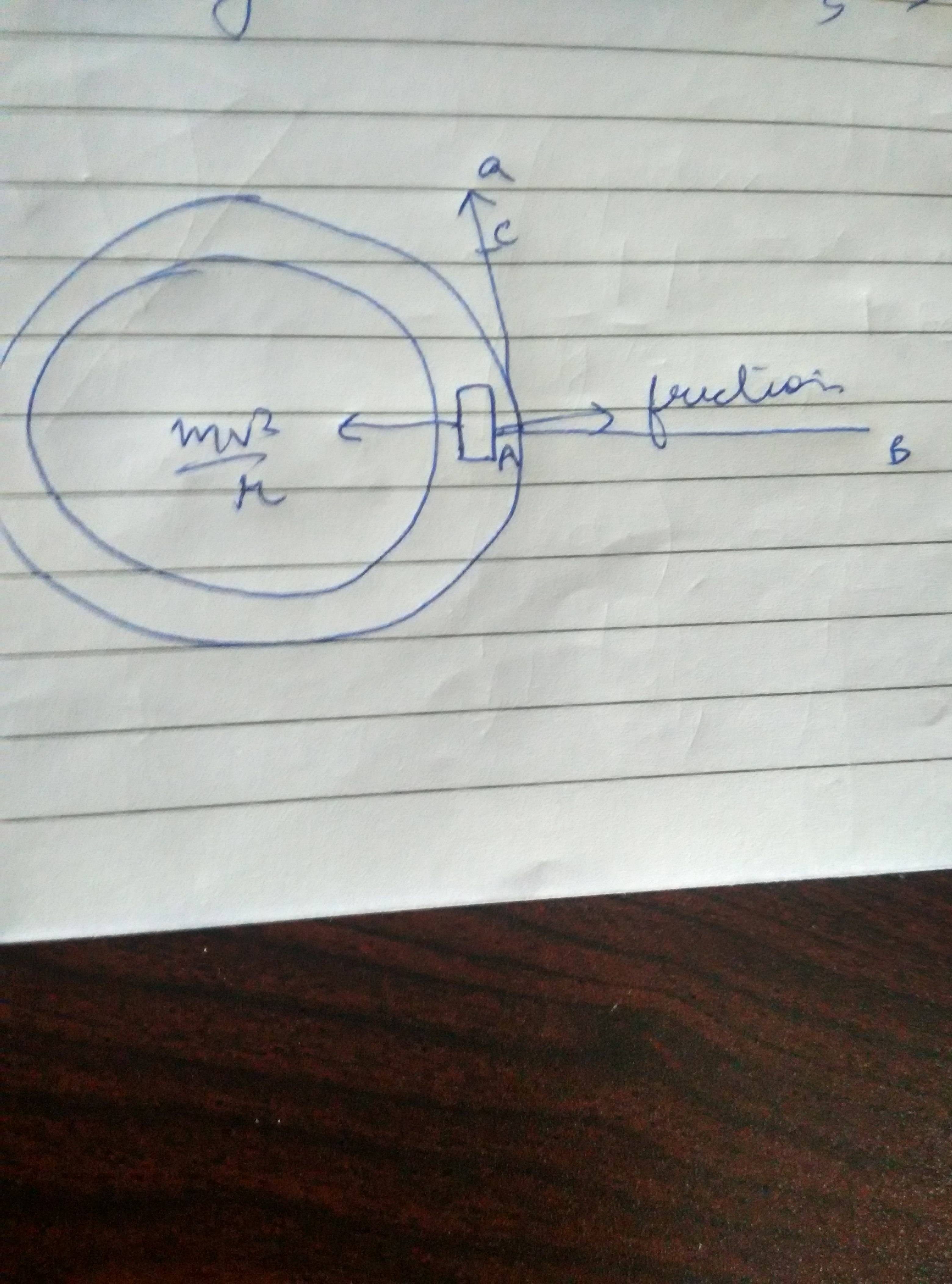 You have a few misconceptions. The friction which you draw in the AB direction actually acts in the opposite direction, toward the center of the curve. This friction component is the force component which has magnitude of precisely $mv^2/r$. That $mv^2/r$ value simply tells the magnitude of force necessary radially in order to travel a certain curved path at a certain speed. It is not a separate force (in the inertial reference frame of the road surface. Let's not get inside the car!).

If the car is accelerating tangentially, then the friction component between the tires and the road, parallel to the velocity of the car, is causing the car (the precise set of interactions is beyond the scope of this question) to go faster or slower.