On setting the potential of this conducting sphere to zero

Let us say we have the following setting: 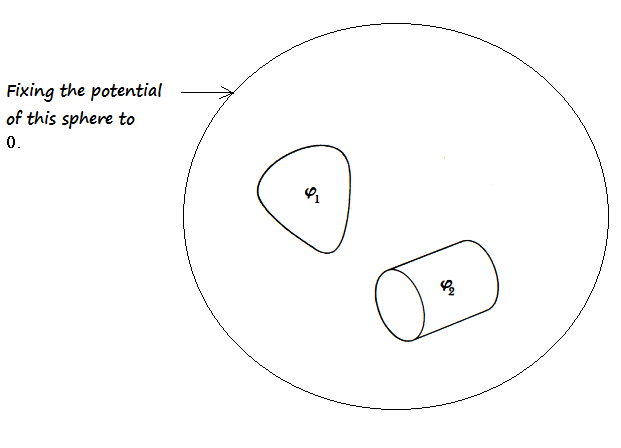 Two conductors with potentials $\phi _{1}$ and $\phi_{2}$ (with the zero set to infinity) enclosed within a hollow conducting shell having zero charge.

If we could connect the sphere to the negative side of a battery having a potential $\phi '$ where $\phi '$ is the potential present on the sphere before connecting the battery, that should set the sphere's potential to zero, but I think this would also alter $\phi _{1}$ and $\phi_{2}$, wouldn't it?

Instead, we use some body of assumed constant potential as the reference body of potential 0, instead of infinity. Usually Earth's ground plays this role well because it is conductive and has great capacitance.

Not the answer you're looking for? Browse other questions tagged electromagnetism electrostatics potential or ask your own question.