Is the normal force a conservative force?

Most of the time the normal force doesn't do any work because it's perpendicular to the direction of motion but if it does do work, would it be conservative or non-conservative?

For example, consider the following block-incline system where the incline is on a friction-less surface. Now as the block moves down, the incline itself starts moving in the opposite direction. Here, the normal force acting on the incline by the block does do work.

This question was on some website (it asked something about the final velocities of the block and the incline) and they solved this using mechanical energy and momentum conservation which confused me as I couldn't understand why the normal force here is conservative.

This example may be confusing since there are additional forces in different directions, consider the simpler setting of a force pushing two blocks on a horizontal plane: 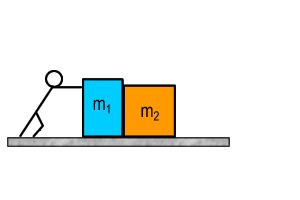 Another interesting example is the tension force of a string holding two weights over a pulley: 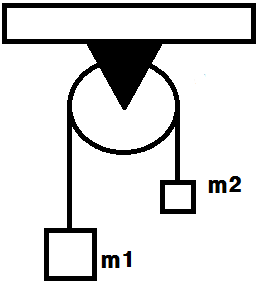 In this system the string pulls the lighter mass and does work on it, but it does negative work on the heavier mass and so the total work the tension forces do is zero. The string acts as a mediator that transfers the gravitational force between the two blocks.

Edit - corrected proof (credit to @DSinghvi for pointing out the error in the previous version of the proof in the comment below):
Here's how we can see the work done by the two normal forces cancel (and this proof can be easily generalized to any other problem with normal forces):
According to Newton's second law, the force acting on the incline by the block, $\mathbf{N}_{bi}$, is equal in size and opposite in direction to the force acting on the block by the incline, $\mathbf{N}_{ib}$, i.e.: $$ \mathbf{N}_{bi} = - \mathbf{N}_{ib}. $$ In the axis parallel to the normal force, the incline and the block move together, so if the incline travels an infinitesimal distance of $dx$, then the block at the same time travels the same distance $dx$. The total work done by both forces while this distance is traveled cancels: $$ N_{bi} dx = - N_{ib} dx ~~~\Rightarrow~~~ N_{bi} dx + N_{ib} dx = 0 $$