Why can't I choose blocks attached with pulley B as a system?

Three blocks of masses m1, m2 and m3 are connected as shown in the figure. All the surfaces are frictionless and the string and pulleys are light. Find the acceleration of the block of mass m1. 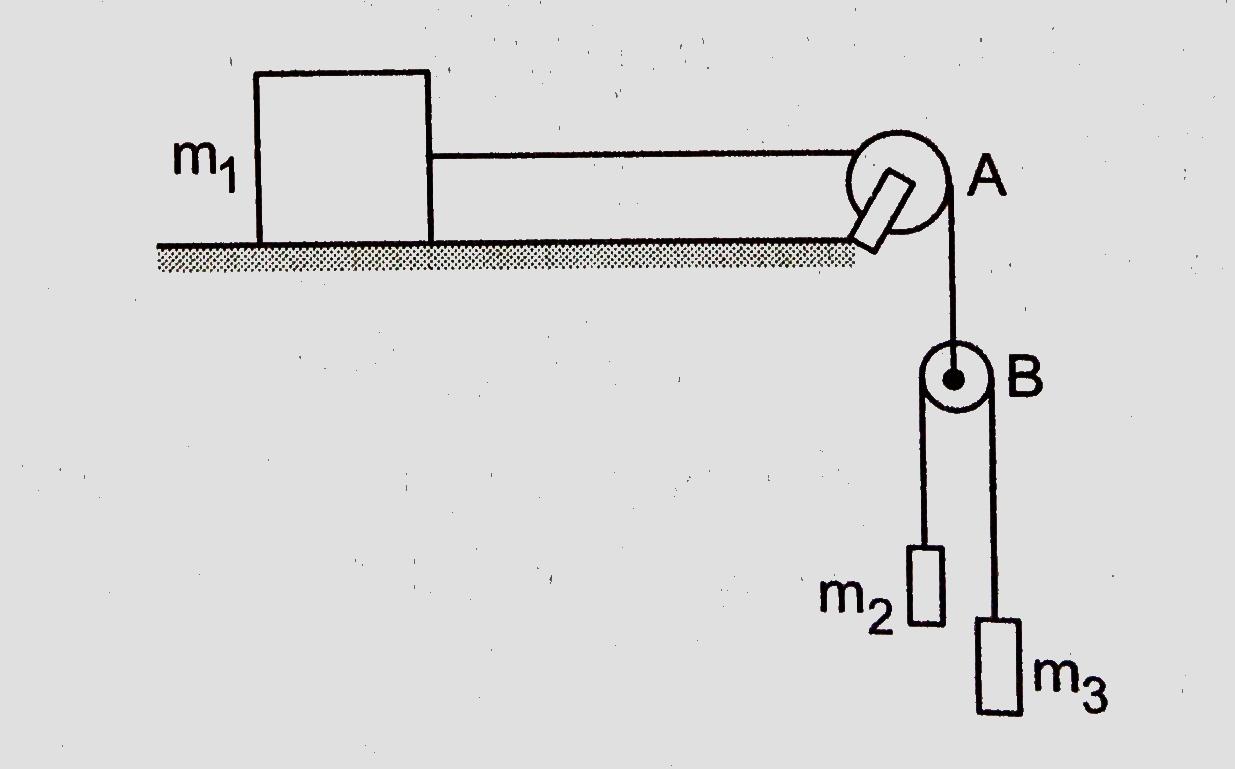 The key is to realize two things.

First, since pulley B is massless it must be that $$T_A=2T_B$$ where $T_A$ and $T_B$ is the tension of the string around pulley A and pulley B respectively.

Second, since pulley B accelerates downward with the same acceleration of mass 1, and because the string around pulley B has a constant length, it must be that $a_2=-a_1+a_r$ and $a_3=-a_1-a_r$, where $a_r$ is the relative acceleration between the pulley and mass 2. Adding these relations we get $$2a_1+a_2+a_3=0$$

This effective mass comes from the key thing you are missing. The acceleration of masses 2 and 3 affect the total force applied to mass 1. You cannot treat the pulley B system as a "black box" whose mass is just the mass of its parts.

A simpler case to understand would be if I was in a box on a scale and you were outside the box. Let's say I was swinging on a swing hanging from the top of the box. If you were looking at the scale, you would be perplexed since the reading would oscillate up and down. Of course, I am not rapidly gaining and losing weight. The forces present "inside of the box" affected the force needed to support the box.

13
Pulley system on a frictionless cart
1
Dependence of tension (considering a pulley system) on the mass of loads
9
Newton's second law: system with three blocks and a pulley
1
Resulting motion of blocks attached to a pulley with mass
0
Effective Mass of a moving Pulley system
2
Counterintuitive tension: weight attached to block on table via a pulley?