Why do we weigh less when falling? 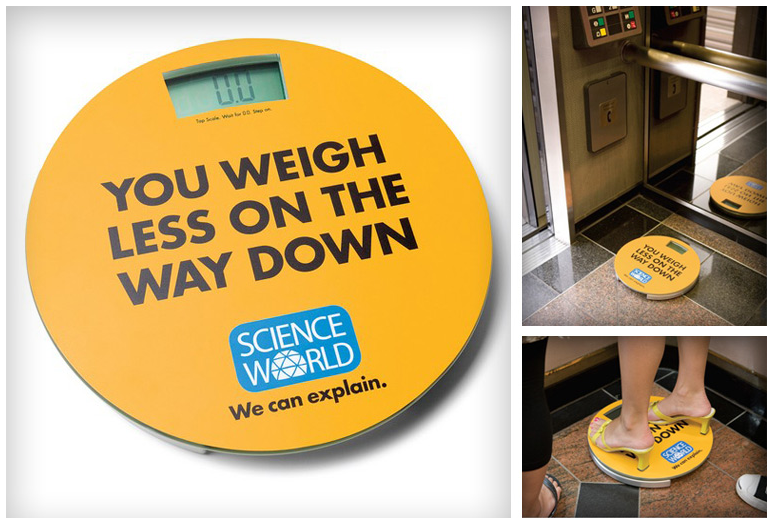 I don't want to go to science world to find out because it would be a long round-trip.

In free fall, the only force that acts on you if the gravity, and so you weigh nothing, in space for example, in the ISS you see them floating no because there's no gravity (gravity at the altitude of the ISS is almost the same as in the surface), but because gravity is the only force acting on the whole system, so they weigh 0.

As an alternative example, think about how it feels to drive a car.

In other words, your weight will only change when the car is accelerating/decelerating.

You're probably aware that the force $F$ exerted on a mass $m$ is related to the acceleration $a$ as $$F = ma$$ In context of gravity, the acceleration is provided by the gravity itself, and the 'force exerted' is called the weight.

Not the answer you're looking for? Browse other questions tagged newtonian-mechanics gravity acceleration weight or ask your own question.

-1
Why does not the weight decrease in an ascending and accelerating lift?