Does the postulate of equal a priori probability apply only to equilibrium states or to all states satisfying the constraints?

In deducing the zeroth law of thermodynamics in micro-canonical ensemble, there is a frequently-mentioned example. Suppose we put two isolated system, system 1 and 2, in contact and allowing them to exchange heat. 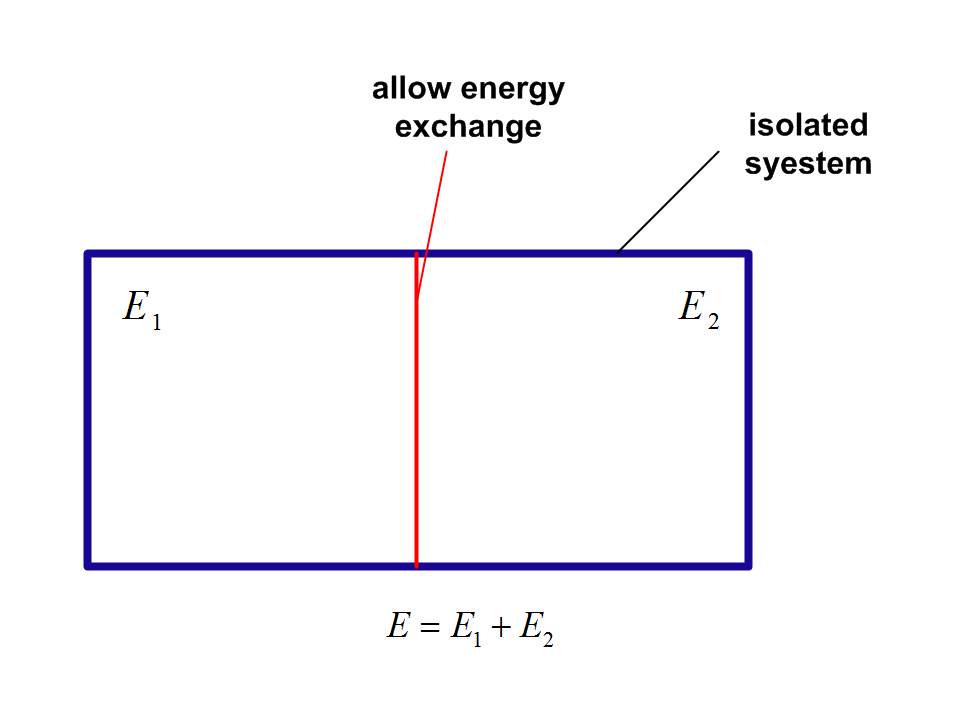 The total energy of the combined system is

The total allowed phase space is

By taking the maximum of the integrand,

The equal a priori probability postulate, as descripted by David Tong p4 , is

For an isolated system in equilibrium, all accessible microstates are equally likely. 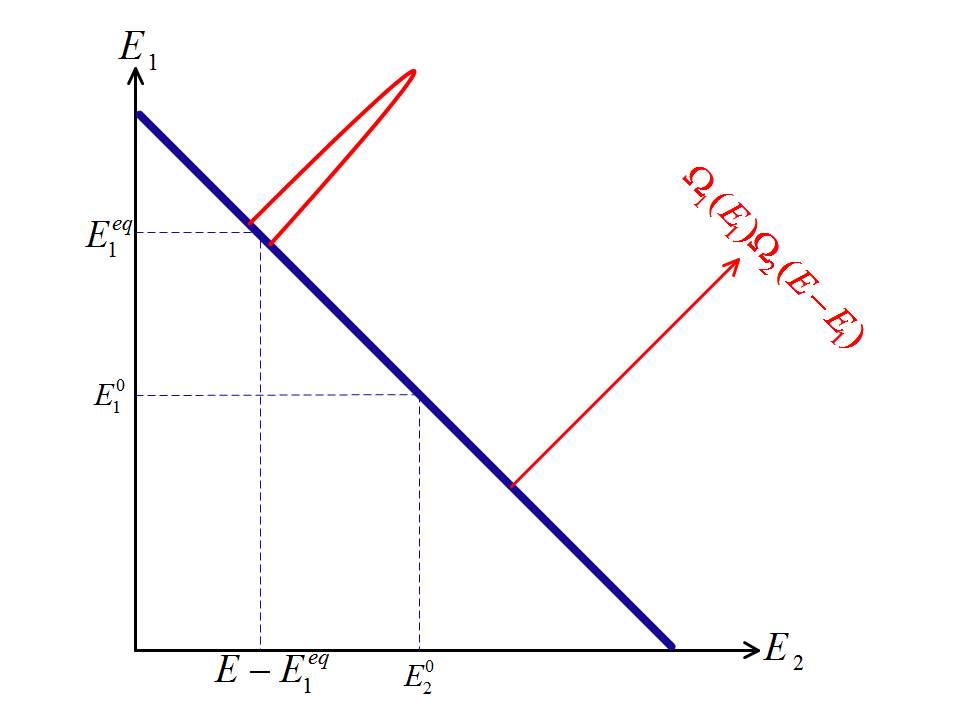 all microstates in the big box are equally probable

Here is what this means. If we collect all possible microstates of the big box what we will find is that the overwhelming majority of them are such that the part 1 has energy $E^{eq}$ and part 2 has energy $E-E^{eq}$. Individual microstates with different energies, say $(E', E-E')$ are equally probable with those that have $(E^{eq},E-E^{eq})$, but there are much fewer such states.

Combinatorial example Here is an example that demonstrates what is going on. Suppose we have four buckets and two balls so that a bucket can have at most one ball. All arrangements are equally probable. The buckets represent your big system, and the shaded color highlights each half of that box. Each arrangement of balls represents a microstate.

Out of the six arrangements, four distribute the particles in equal numbers between the two halves. This is the equilibrium distribution: $N=2$, $N_1^{eq}=1$, $N_2^{eq}=1.$ It is the distribution with the maximum number of microstates.

The microstates with both balls in one half are equally probable as the rest, but there are only 2 such microstates, compared to 4 microstates with the equilibrium distribution. With more buckets and more balls the overwhelming majority of microstates will have almost exactly equal numbers of balls in each half.

1
Does fluctuation really occur in equilibrium as its microstates are allowed to occur by Fundamental Postulate in equilibrium?
11
Proving that the Boltzmann entropy is equal to the thermodynamic entropy
4
Postulate of equal a priori probability (statistical mechanics)
0
Does the partition function define probability of being in multiple states?
0
Temperature from the Gibbs entropy
0
Deriving Gibbs ensemble. Why is $\frac{\partial S}{\partial x} = -\frac{f}{T}$?
1
NVE Ensemble and Probability