Are the electrons' orbitals the same for all atoms?

Are the electronic orbitals of an atom always quantified in the same way (i.e. the same energy required to reach the next level), or does each atom have its own values for each level? 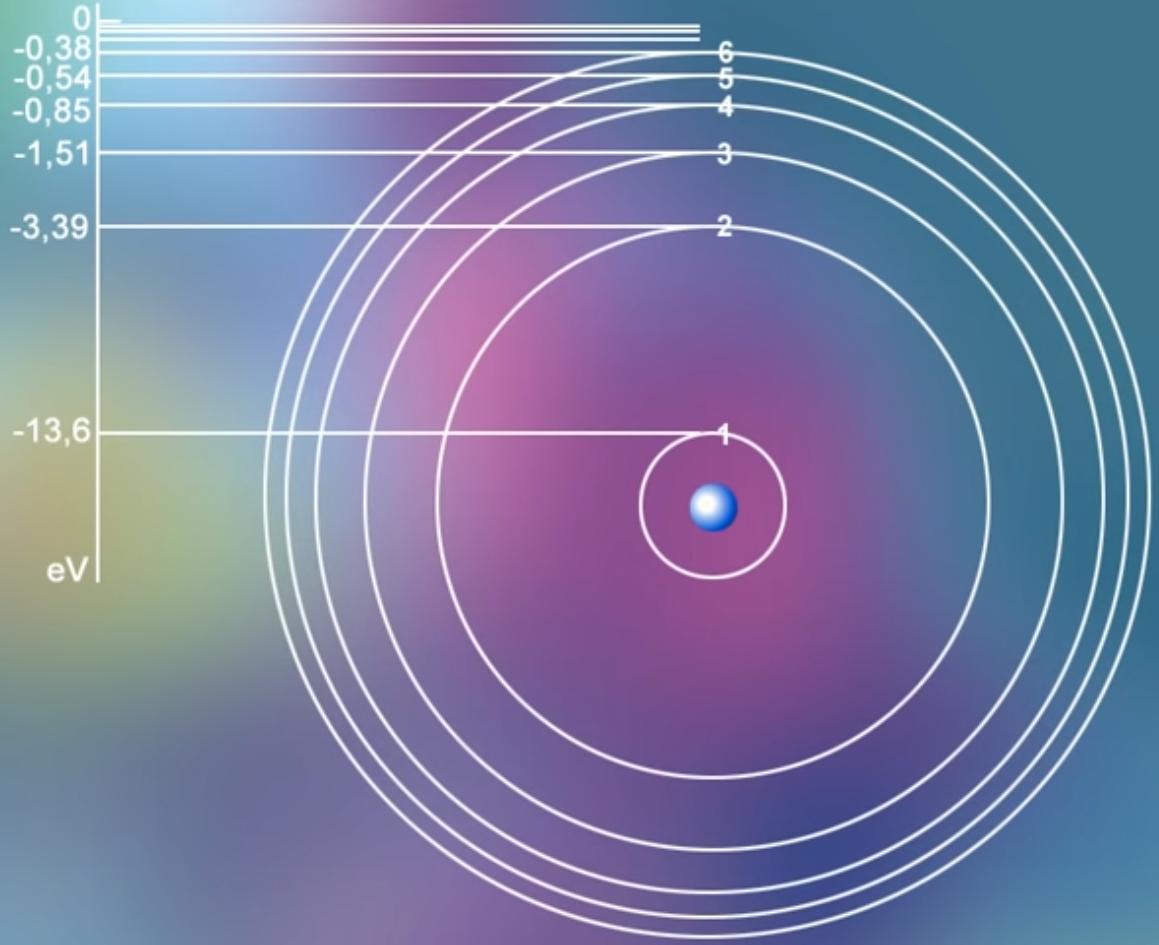 If the quantification is universal, then the creation of photons (due to the deexcitation of the electrons) at the wavelength / color corresponding to the transition should be more abundant in the universe than all the other frequency. Except one detects no more photon of a given wavelength than of another.

So where is my reasoning error?

The energy levels depend on two things:

If you take a hydrogen atom, which is what your diagram shows, then there is a single electron and a single proton. The electron is attracted to the proton and there is no electron-electron repulsion because there is only one electron.

This information is very useful. The energy levels for each atom are unique, and the corresponding frequencies of light emitted by the electrons can serve as a signature of the atoms presence. This gave rise to the field of spectroscopy and it is useful in many applications. For instance, the frequencies of the light coming from other planets is used to determine the composition of the atmosphere.

To add to @john-rennie 's answer: things get even worse as the environment of the atom makes additional modifications to the energy levels (ranging in the meV). For example, a carbon atom bound to an oxygen will have a slight energy shift compared with a free carbon atom, or a carbon atom bound in a diamond structure. These shifts are very useful in identifying molecular species.

Not the answer you're looking for? Browse other questions tagged electromagnetism photons electrons atomic-physics orbitals or ask your own question.

3
Is there a list of all atomic electron state transitions and the corresponding radiation emitted?
16
What does an orbital mean in atoms with multiple electrons? What do the orbitals of helium look like?
25
Why do non-hydrogen atomic orbitals have the same degeneracy structure as hydrogen orbitals?
0
What happens once all electrons in a material are in the excited state?
0
What happens when we supply heat to a collection of atoms?
14
Why do atoms emit a certain colour of light? (The emission spectra)
2
Why can there be more than one electron in an energy level if electrons are fermions?
1
Why 2 electrons can't be in the same quantum state when they are distant apart?