Say we have two hot objects of the same material but of different width and same thickness.

The objects are moving horizontally, have initially the same temperature and are cooled by a gas blown from jets placed above and below them to reduce their temperature. The position of jets is fixed and they are directed normal to the surface of the objects. Their speeds are 0.58 m/sec and 1.85 m/sec. 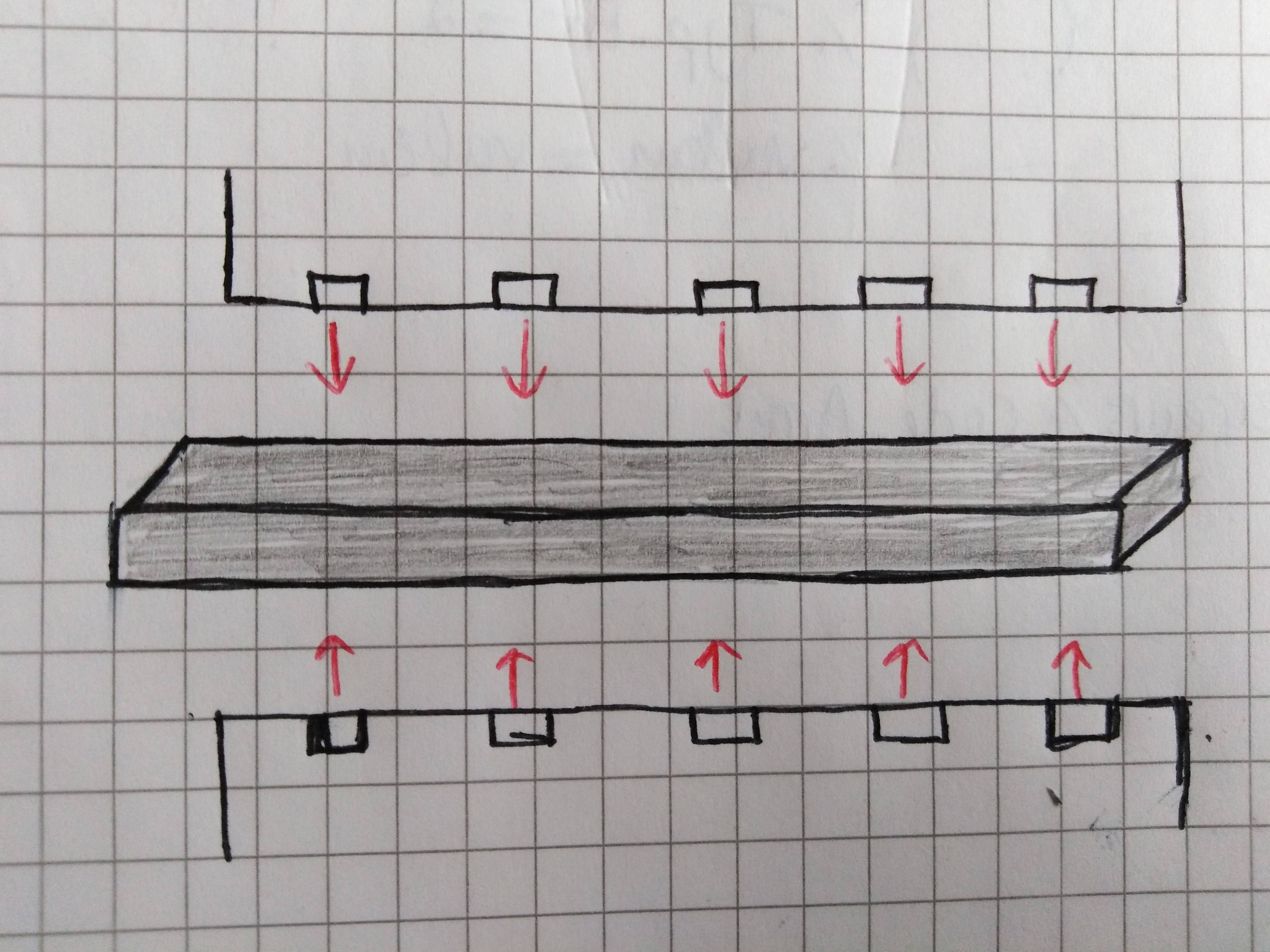 I will mention some definitions:

Volumetric flow rate is a term in physics that describes how much matter – in terms of physical dimensions, not mass – moves through space per a unit of time. It is calculated this way: Q = V*A , where Q is the volumetric flow rate, V is the flow velocity and A is the cross sectional area.

Heat transfer for Convection is q = hAdT , where q is the heat transfer, h is the convective coefficient, A is the area of the object surface, and dT is the difference in temperature between the object and its surrounding environment.

Using the equations you have provided Radiation is not affected by the travel of an object through its surroundings and convection is only affected if the convection coefficient changes due to that movement.

From the question you understand that both radiation and convection work at the surface. You have not given any information about the relative shapes of the objects and without this it is not possible to answer, however as you asked about how volumetric flow affects the rate of heat exchange we will state that for the purposes of this question the two objecs are geometrically similar. That is the proportions of their dimensions are the same, and so the surface area to volume ratio will be smaller for larger objects. Given the assumption that the objects are geometrically simalar, if we define a value k to be the scaling factor then the cross sectional area (and therefore volumetric flow) is proportional to $k^2$. The surface area to volume ration is proportional to $1/k$ (from $k^2/k^3$).

The amount of heat held by each, assuming a uniform heat density, is proportional to the volume of the object.

Both convection and radiation are proportional to the surface area of the object, (which you have defined in your question).

So at the initial instant when the two objects are intially at the same temperature the difference in heat loss will be proportional to the surface area of the object - so the object with the largest area will lose more heat.

Given my earlier assumption that the objects are geometrically similar then this means the larger object loses heat faster (but as the amout of heat held is proportional to its volume it holds more heat).

In the following instant the difference in temperature of the two objects will not be the same, and for both radiation and convection this will affect the amount of heat lost.

When we are calculating heat lost over time, the amount of time the objects are exposed to the cooling environment will affect the total heat loss, so an object that travels more slowly through the cooling chamber will be subject to the cooling for longer. However this is actual velocity, not volumetric flow.

So for objects of geometrically simlar shapes (but with different volumes) the surface area to volume ratio will affect the heat loss, and the amount of time they are exposed to the cooling chamber will affect the (total) heat loss.