Why do magnetic field lines wrap around the other side of a super diamagnet instead of redirecting completely away?

Super conductors are perfectly diamagnetic in that they perfectly expel a magnetic field. To me that means that if the source of a magnetic field is on one side of a super conductor, the other side should have no effect from it. However, the images that I can find online showing the field lines indicate otherwise: 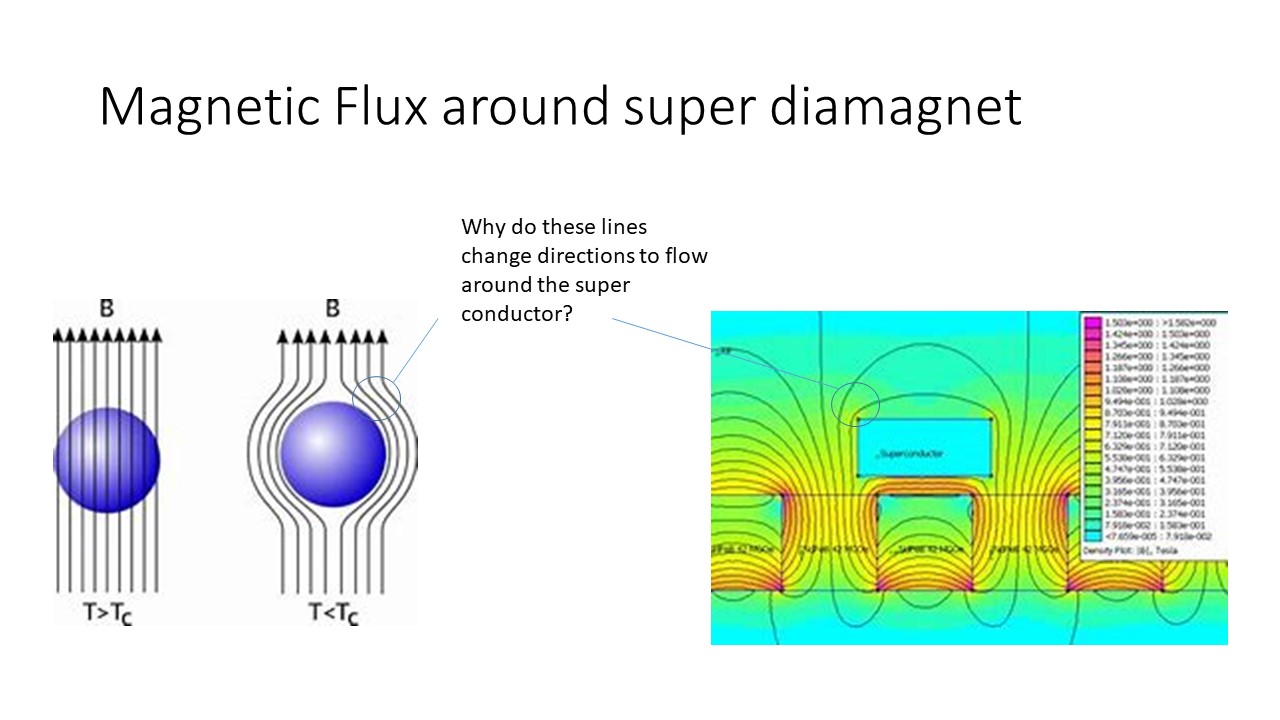 Is it because the air is paramagnetic and it can conduct the field lines around the superconductor? Or is the super conductor drawing them around itself? Or something else?

Given that where it is curving around is cut off from view of the source, I would have expected it to just redirected completely away, like this: 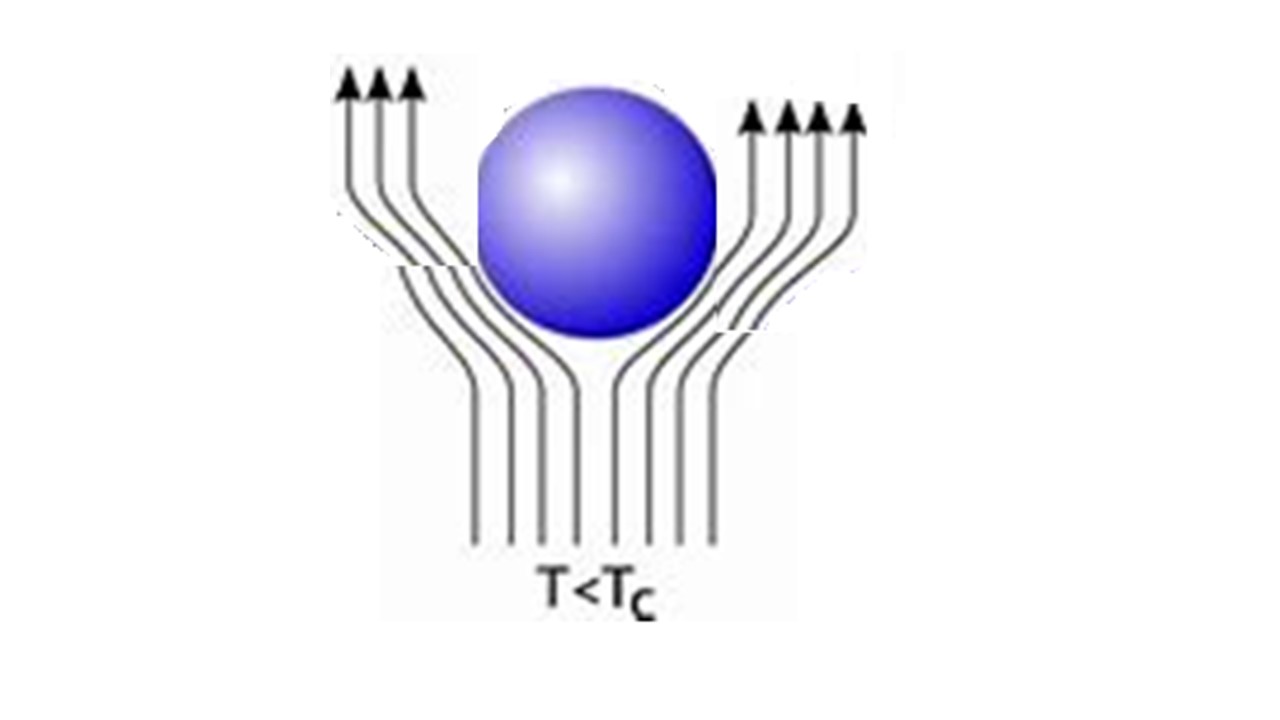 To me that means that if the source of a magnetic field is on one side of a super conductor, the other side should have no effect from it.

You may be making the mistake of assigning more physicality to the field lines than they deserve. Remember that the magnetic field is a vector field - an arrow attached to every point in space. The magnetic field lines are a convenient way of visualizing the field, but you must be careful not to assume that they behave like physical objects do. In particular, your illustration indicates that you feel that they should behave like the trajectories of massive objects, which they do not.

Not the answer you're looking for? Browse other questions tagged magnetic-fields superconductivity or ask your own question.