Reaction forces acting on a ladder against a wall

I've seen some problems that talk about a ladder leaning against a frictionless wall, with a person standing on it. The ladder doesn't move(net force = 0). The problem is, I don't know what directions the reactions forces(that is, the force of the wall on the ladder, and of the floor on the ladder) should have. I've seen it solved like this: 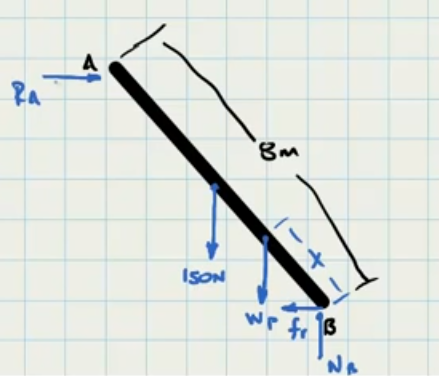 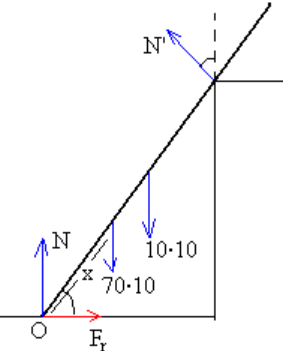 where the normal force of the wall is said to have both y and x components.

EDIT: this is a drawing of the forces acting on the ladder. The original image of the situation is 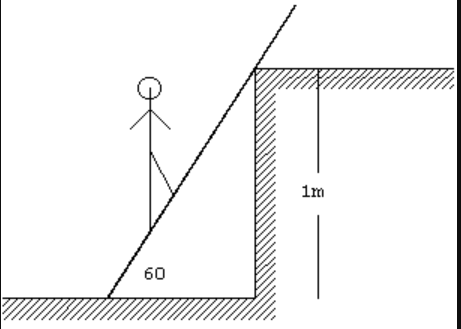 I don't know which interpretation to believe. Is the force of the wall always perpendicular to the wall itself? Or it can it have y and x components?

Those are different situations.

In the first case, the ladder is leaning against a vertical wall. (it's not shown in your picture, but implied). The wall would then provide a normal force only in the horizontal direction.

In the second case, the ladder is leaning over a corner. In that case, the contact has a normal force based on the angle that the ladder comes into contact with the corner.

Without friction, the reaction force is always perpendicular to the contact surface, which is different in each situation.

Not the answer you're looking for? Browse other questions tagged newtonian-mechanics forces classical-mechanics or ask your own question.