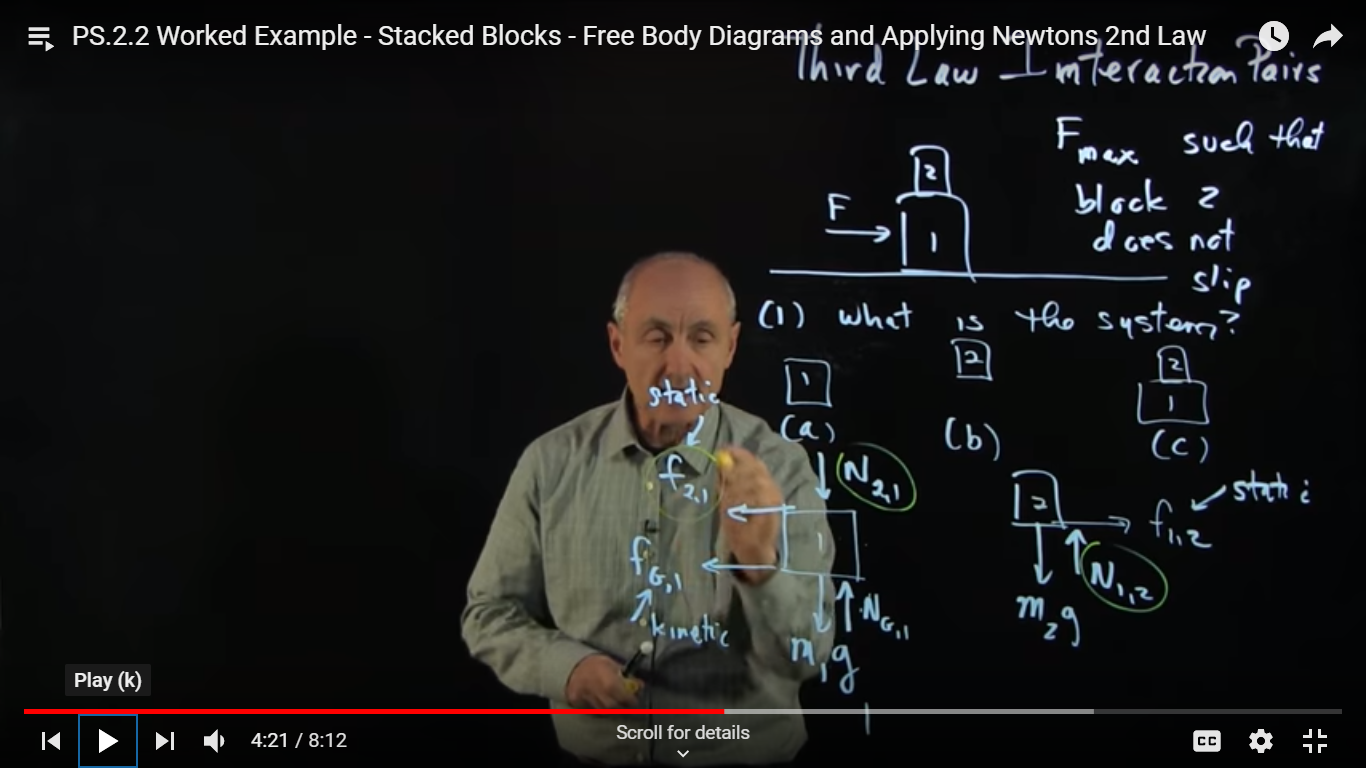 If Block (1) is pushed right. The bottom surface of the block (2) opposes the motion. So, It will be $F_{1,2}$ act in the left direction. Is my logic correct in both cases?

My understanding from the video:- If we push the block (2) with a force 𝐹⃗ , If it is moving. Block (2) is sitting above block (1). So, by Newton's First Law of Inertia. Block (2) have a tendency to stay in the initial position.

Newton's 1st law states that a body at rest will remain at rest and a body in motion will remain in motion, UNLESS acted upon by a net external force. Block 2 will only have a tendency to stay in its initial position if there are no external forces acting upon. But in this case, there is an external force acting on it, namely the friction force of block 1.

If there is friction on both surfaces. When we apply 𝐹⃗ to block (1). it will move right. So, Block (2) move left. So, there is static friction opposes the block to move in the left direction. Let it be 𝐹1,2→. Am I correct?