Does the atmosphere rotate slightly slower than the earth surface?

I often hear the vague explanation that the Coriolis Effect is why air rotates into pressure systems. That doesn't explain it for me though.

Is pressure gradient directly toward the center of the low? And does the air turn only because the pressure system itself is turning? And is that not just due to friction with the surface where the surface is moving faster at a point at the Equator than toward the poles?

The pressure gradient is toward the center of the low. That's pretty much what a low pressure area means.

On a flat and non-rotating Earth, that pressure gradient would drive air to move straight toward the center of the low. But Earth is both spherical and rotating...

Imagine a bit of air directly to the north of the center of the low in the northern hemisphere. (The air is in Chicago, and the air is somewhat south of that) Because Earth is rotating, that air is already moving around Earth's axis eastward at the velocity that'll take it around that axis every 24 hours. Now the pressure moves it south. But it keeps that same eastward velocity. As it moves south, because Earth is round, it's now farther from the axis: It's not moving east fast enough to get all the way around the axis in 24 hours. Put another way, the air to the south is moving east faster, and the air from Chicago falls behind: It moves west, or turns to the right. 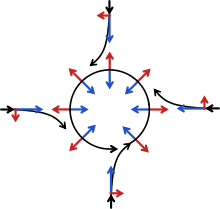 Note that a bit of air that has to move north to get to the low has the opposite problem: It's moving closer to the axis, so it's going too fast. It'll pull out in front of the air already there and move east. But that's again a right turn, because it's moving north.

How about some air west of the low? To catch up to the center of the low, it has to go faster than the surrounding air. It's moving faster around the axis. The resulting centrifugal force is directly away from the axis, not away from the center of Earth because Earth is round. That means it has a component to the south, to the right, and pushes the air in that direction. 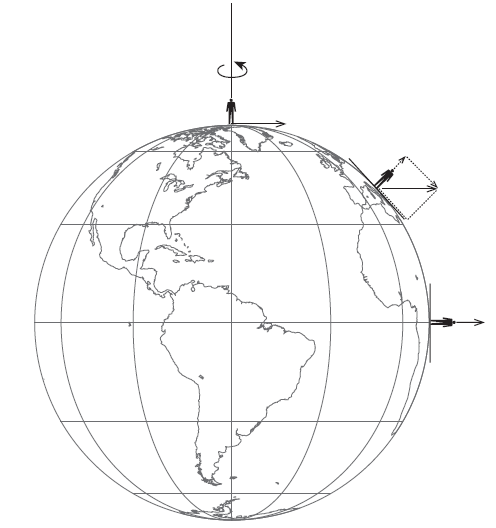 Friction has no part in causing any of this.

Not the answer you're looking for? Browse other questions tagged atmospheric-science coriolis-effect or ask your own question.

95
Why does the atmosphere rotate along with the earth?
4
stability of hypothetical lunar atmosphere
3
If a hot Jupiter was not tidally locked, then are there any specific cases where its wind speeds would be milder than those found on Jupiter?
7
Is the total mass of Earth's atmosphere essentially constant in time?
1
Coriolis force: why is pole-to-equator air flow eastly?
4
Why is the tropopause at a higher altitude at the equator?
0
Inertial reference frames in an atmospheric science context