What's the exact relationship between the scale $Q$ at which parameters are probed and the “fake parameter” $\mu$?

It is well known that couplings change depending on the scale $Q$ at they are measured. This effect is experimentally well documented: 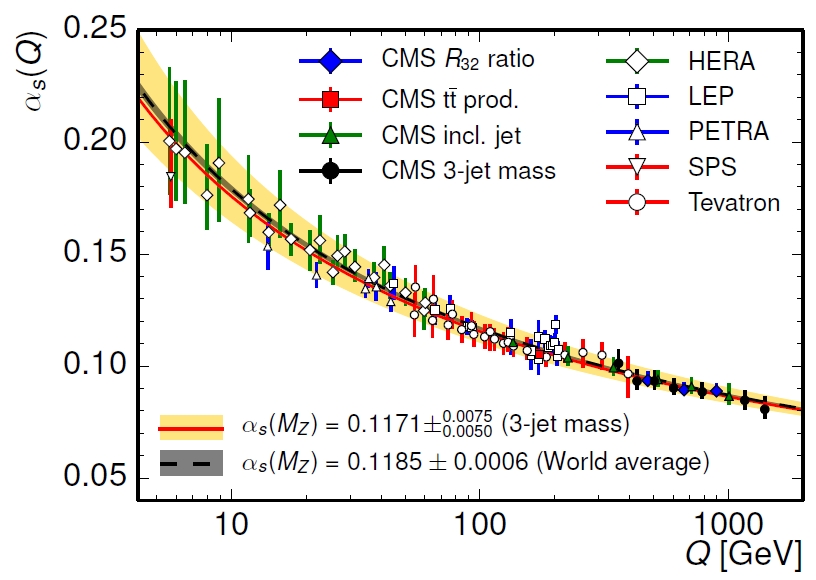 From a theoretical point of view, the running $\alpha_S(\mu)$ can be calculated using the renormalized group equations. However, it is regularly argued that the parameter $\mu$ appears here is a "fake parameter", has no meaning and can always be chosen at will. In particular, it is argued that we can use the fact that "physical observables must be independent of the fake parameter $\mu$ to figure out how the lagrangian parameters $m$ and $g$ must change with $\mu$."

The renormalized group equations that we find this way are then regularly used to calculate the running of parameters like $\alpha_S$: 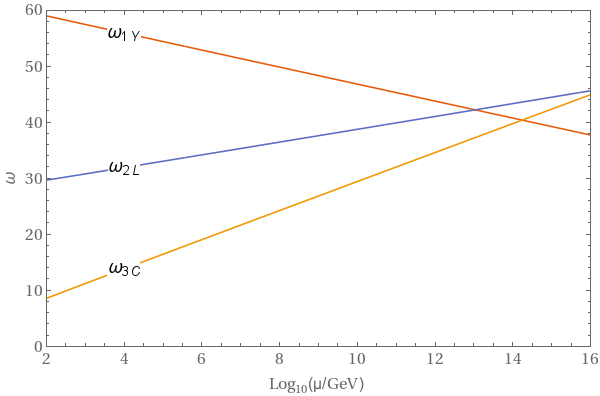 How does this fit together? In particular, what's the exact relationship between the measured energy dependence of parameters and the running of parameters with the fake parameter $\mu$?

(I'm aware that there are lots of related questions, but none of them seemed to answer this question unambiguously.)

Equivalently, the above logarithmic $g(Q)$ can be viewed as the solution to a different differential equation (the garden variety renormalization group equation) $$ \frac{dg}{d(ln\mu)} = -1, $$ with the initial condition $$ g|_{\mu=Q} = g_{\mu}. $$ The first differential equation (of $\frac{dg}{d(lnQ)}$) interprets the running as "g running with the probing/scattering energy (momentum) Q" and the second differential equation (of $\frac{dg}{d(ln\mu)}$, beta function in the usual parlance) interprets the running as "g running with renormalization scale $\mu$". Most text books take the second view, while I prefer the first. Nonetheless, they depict the same underlying physics.

In other words, the "fake parameter" $\mu$ is merely an arbitrary anchor point to frame the initial condition. Nothing more, nothing less!

12
What is precisely the energy scale of a process?

4
Soft Mass and Physical Mass in Softly-broken SUSY
12
Some conceptual questions on the renormalization group
7
Pole Mass vs. Running Mass vs. Other Running Parameters
2
What is “the scale at which a theory is defined”?
4
Relation between mass as a representation characteristic and perturbation theory parameter
3
How is $\Lambda_{\textrm{QCD}}$ relevant in the non-perturbative regime?